Please refer to our Privacy Policy for important information on the use of cookies. By continuing to use this website, you agree to this.
Home Latest Diversity & Exclusion: A Response To Pledges Of Solidarity With Black Talent 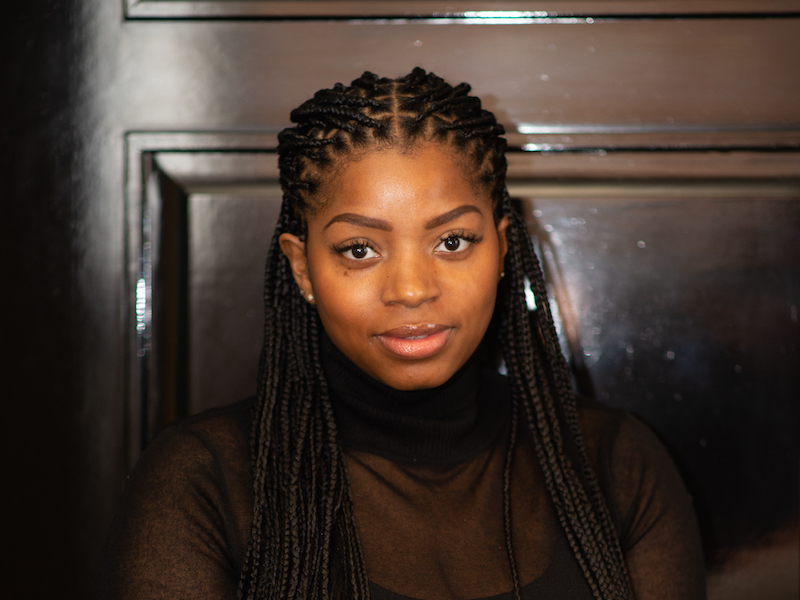 Diversity & Exclusion: A Response To Pledges Of Solidarity With Black Talent

Senior PR consultant Kamiqua Pearce shares her experience of being a Black woman in the workplace.

Diversity – the catch-all palatable term used to group those who are different – and exclusion cost Black people dearly. For George Floyd, and so many before him, the fear of his difference – him being a black man – cost him his life.

For my 13-year-old son, his blackness has meant he is perceived as a potential murder suspect. One freezing cold evening in February he was stopped, searched and questioned for two hours because he and his father unknowingly drove past the scene of a crime. My son was shaken up afterwards to say the least.

You see, we naively moved out of the inner city because we didn’t want my son to have the same experiences as other London-living Black men in my family. The stop and search happened outside the centre of London. And this actually presents a sea of different challenges, as there are even fewer people who look like us.

My son was subject to racism during his first year at his “outstanding” (predominantly White) school. He has been called the “n word” and other phrases I won’t repeat. One of the kids in question remarked at the time that “my parents say this at home so how can it be racist?”

My son has also been stereotyped on numerous occasions; his all-round high-achieving talents are often met with surprise. One of the teachers said “Black boys don’t tend to do well” but “your son is different.” Only after a number of evidence-based conversations with my son’s head of year did the school acknowledge that there may be a problem. The solution was awareness-raising assemblies. Yes, they have gone some way but not solved the issue. Anti-Black racism is still there, it’s now just a lot quieter.

For me, as a senior Black, female comms professional, my blackness has always presented challenges in the workplace.

More recently, I have only been one of a handful of Black people working in any organisation. We are present at many levels, but hardly ever in senior positions. These are organisations and agencies that have dabbled in diversity and inclusion schemes, talked inspirationally about equality and committed to change. However, despite this my experience of being a Black professional remains largely unchanged.

Microaggressions are thriving. It’s still ok to touch a Black woman’s hair; your approach is nearly always described as “sassy”, “fierce” or “aggressive’: your name is often misspelt; you are told you “sound Black’ or you “don’t sound Black enough” so there is surprise when you are the leader of the team or the person that they spoke to on the phone. I’ve been told the problems I’m having are not because I’m Black, it’s because I look young. God forbid there is another Black woman in the office wearing the same hairstyle as you — suddenly you are twins. (This video is very good at explaining microaggressions, for those not aware of the term.)

Ethnicity pay gaps are real. I was offered a role that a White, female colleague used to occupy. Exact remit and terms of employment. The only difference? I was expected to do the role for 10k less. We had the same line manager. Somehow now that I was taking on the role, the value of it to the company had severely depreciated. The results I had achieved were there for all to see. No-one could understand why the knowledge and admittance of this had me in tears. After much negotiation the gap was reduced, but was still a few thousand short.

You are the darkest in the room, but you are invisible. White colleagues avoid eye contact with you, speak over you, congratulate your whole (White) team by name including your line manager, your direct reports and a team member that wasn’t even present. Somehow, they “forgot to acknowledge you because they were tired” well at least that’s what’s said when you finally pluck up the coverage to confront senior management about it.

You rely heavily on White allies, but allies are human too. Throughout my career I have had the privilege of working with friends that I consider genuine allies, but it is so much more nuanced than you might think. The same ally that stood by me when I confronted senior management about my invisibility is the line manager who didn’t think twice about offering me a much lower salary. In addition, I still felt compelled to preface my conversation with “I hope you don’t think I’m playing the race card, but…”

Only cold, hard evidence will do. You are usually regarded as a trusted, discerning member of the team until you raise an issue relating to race. At that point your judgement of the situation is called in to question. One-off incidents are disregarded and only a back catalogue gets your voice heard.

Opportunities to progress beyond middle management are non-existent or hard to come by at best. All White senior leadership teams all White Board members are the norm. Constant talks of ‘your path to promotion’ often a much longer walk than your White counterparts. Nowadays I am much choosier about the companies I work with and the teams I choose to work in, and that’s my privilege.

The last few days have really brought the sheer lack of change to the fore. In the words of Solange, “I am weary of the ways of the world.” It’s been painful, I’ve broken down, got back up and broken down again. But I am now coming to terms with the fact that unless we are brutally honest about our experiences, no-one believes that this is a real issue that affects our lives daily.

Having spoken to many Black professionals in the PR industry, some at the start of their career, some with countless years of experience behind them there is a red thread: exclusion not inclusion is de rigeur.

There’s an additional problem: D&I programmes, BAME networks and allyship are not serving us. This week I’ve heard from so many Black PR professionals in my network who have had to lobby their company’s BAME groups and D&I leads to listen, to have a conversation, to act. Those without D&I programmes, and who are the only Black person in an all-White organisation, are suddenly charged with the company’s diversity effort as if their experience alone is enough to make them an expert.

Many D&I schemes are tokenistic at best. They are not set up to act. Like the brand statements we have all seen and the swathe of comments underneath each one calling out their inauthenticity, they are not rooted in reality.

In addition, there is too much focus on diversity and not enough resource, thinking and time going in to figuring out inclusion. Effectively these programmes exclude the very people they have been set up to support. They act as a silencer too, as any issue you have as a Black professional is swept under the all-singing no-dancing D&I carpet.

There is also no specificity: all the “different” ones are bundled together under “diversity” or “BAME”, therefore no tailored solutions can be developed, let alone put in place. The work needed to authentically dismantle anti-Black racism in UK workplaces is very different to the solutions needed to ensure other protected characteristics are not discriminated against. “One size fits all” is simply not an option.

And here is my crucial point: the solution to anti-Black racism in the workplace resides in constant, active, individual and collective action. It relies on looking inwards, understanding privilege and biases, and persistently challenging the status quo.

I recently spoke to a close friend and ex-colleague who called to check in on me. Yes, she identifies as White British. We have had many conversations about race and racism in the past, sometimes challenging but often enlightening for both of us.

Among other things she let me know that she was actively doing the work she felt she needed to do to educate herself more, build understanding of the Black British experience and her privilege. She also acknowledged that she knows I don’t have all the answers, which was very refreshing. I will never be an expert on living-while-Black, I am only an expert on my experience.

Doing the personal work has to be the first step to breaking down anti-Black racism in the workplace. It would be energising to see more CEOs and senior leaders committing to this. Only then can you — who have publicly declared that you care about Black lives — drive real change for Black people in the workplace. Most importantly, only then can you move from “standing in solidarity” to “being in solidarity” with us.