Please refer to our Privacy Policy for important information on the use of cookies. By continuing to use this website, you agree to this.
Home Latest Dynamo Expands In US With Opening Of Brooklyn Office 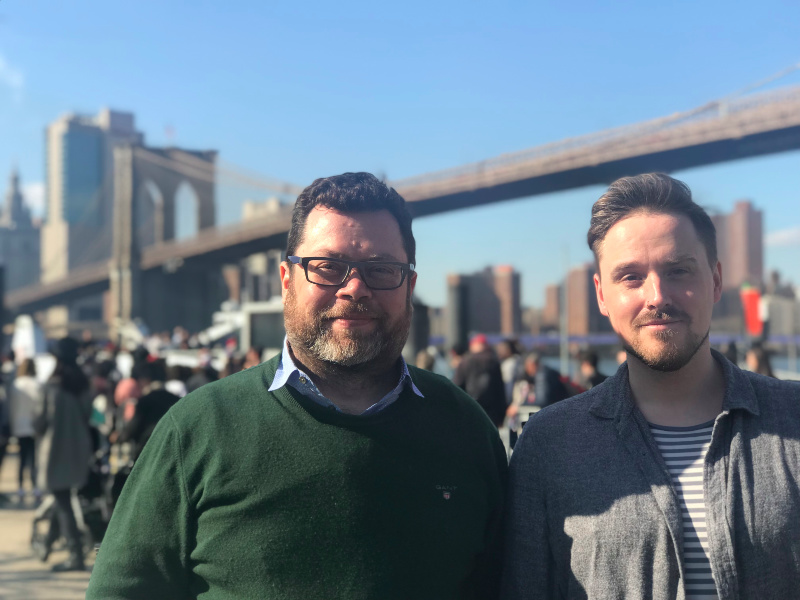 Dynamo Expands In US With Opening Of Brooklyn Office

The agency, which has offices in London and San Francisco, is looking to capitalize on New York's concentration of tech companies and media.

BROOKLYN — Tech-focused Dynamo PR, which already has offices in London and San Francisco, has bolstered its US presence by opening a new office in Brooklyn.

Nick Morey (pictured, right), who has been overseeing the San Francisco office for the past year, is leading the new operation as head of Dynamo New York. Morey has been with Dynamo since 2014, when he joined the London office.

Dynamo New York is launching with a new client on board — Brooklyn-based Teknikio, which makes educational electronic kits.

Bethany Weiss Floraday, most recently a senior VP for Dynamo in San Francisco, will now lead that operation. She has run her own consultancy, Weiss Floraday Communications, for nearly 20 years.

Dynamo global co-CEO Paul Cockerton (pictured, left) said expanding to New York has long been in the agency's plans, given its stature as the country’s media center.

“This is a pivotal moment for tech companies – many need to quickly adapt their communications strategy for the future, while also being aware of the difference in local nuance and implementation,” he said.

"With US West Coast, and now East Coast, offices we’re concentrating on brands that want to change their story whilst maximizing marketing spend as efficiently as possible across every channel."