Please refer to our Privacy Policy for important information on the use of cookies. By continuing to use this website, you agree to this.
Home Latest EBay's Dan Tarman: 'Heightened Scepticism Creates An Imperative To Get Real' 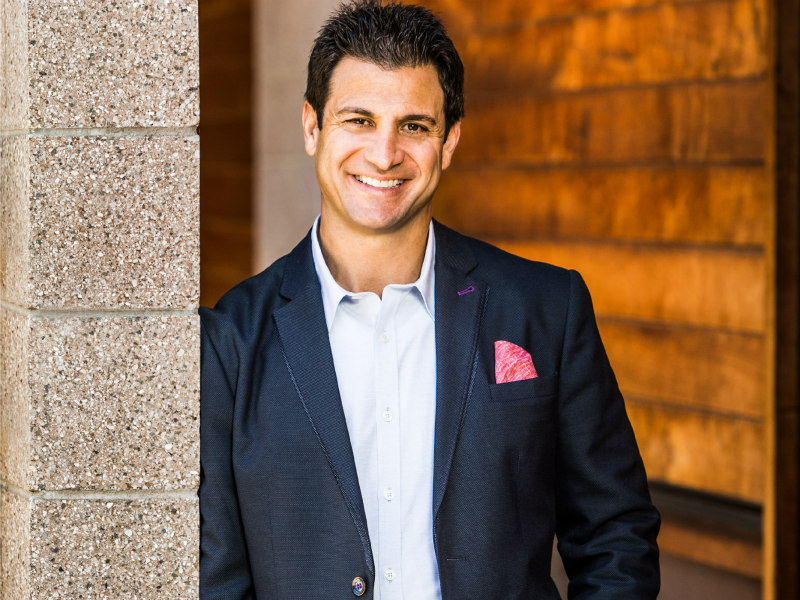 The Holmes Report sits down with eBay's communications chief to discuss how the company is responding to today's corporate reputation threats.

Dan Tarman was named eBay chief communications officer in mid-2015, following a string of senior roles at PIMCO, Countrywide Financial and Visa. The former Burson-Marsteller executive is charged with managing the e-commerce giant's reputation at a time when it has become fashionable to discuss the backlash against Big Tech.

The Holmes Report sat down with Tarman in Davos to explore this and various other issues, including Ebay president and CEO Devin Wenig's burgeoning reputation as a business leader who is willing to speak his mind on a range of sensitive topics; the importance of being real rather than "overly PRed"; the fake news challenge; and, the resurgence of internal communications.

How do you feel about the shift in perception of big tech companies towards a situation where they are often perceived negatively?
To a large extent, not our issue. We’re a large tech company, but I don’t think we are part of that issue to the extent that others are. To some extent, you can say it’s inevitable that that level of scrutiny would arise because you’ve got an extraordinary concentration of power, influence and wealth in a finite number of companies. And you have growing concerns on a range of issues that are on the radar of policymakers. I’m not a spokesman for tech. I’m a spokesman for eBay.

So eBay's focus on small business is not a response to that specific challenge?
It’s who we are . Our purpose is our business. Economic opportunity for all. It’s the purpose on which eBay was founded. And it's the organising principle for the business.

There's a lot of talk about CEO activism and Devin Wenig is a good example of this. How difficult is this for you to manage?
Lots of things cause me sleepless nights, but not this. As a CEO you need to manage your involvement with stakeholders very responsibly and in the interests of the company and the community of stakeholders you are responsible for. That’s employees, that’s consumers and sellers and other stakeholders. And you need to be doing it in a way that’s authentic to the DNA of the company and also the CEO. Devin has a very clear voice on a range of issues. He’s been very vocal on those. Things like trade, civil liberties, fundamental freedoms, immigration as it pertains to ability to access talent.

Does it concern you that on all of these things, you’re more or less taking a position that’s in opposition to the prevailing political establishment?
I’ll paraphrase my boss. We don’t have positions that are inherently political. We’re focused on policy. I don’t know that our points of view are necessarily different to current prevailing viewpoints. When we engage with policymakers, we engage them in large part to share our perspective on what we think and why we think it.

What about the President's Make America Great Again agenda — can you ignore that? It does seems like people are bypassing it, whereas one year ago there was much more concern.
Our agenda is to make eBay great. We are 100% focused on that.

Yesterday, Richard Edelman said that he wants public relations to move from advocacy to education, "to talk about the good things and the bad things". As an Edelman client, do you agree?
One of the really interesting trends I’ve experienced in my career is that when I started, everything you did was intermediated. Now, we have a huge un-intermediated  communications platform. When we communicate it’s still not as credible as the media. But for people that are interested in eBay and engaged in our content, they are very interested in what we communicate directly to them. And we’re very careful that we are communicating is accurate and trustworthy.

I can understand what Richard is saying. We try to communicate in a way that’s demonstrably credible. So that when we do communicate, stakeholders believe it. Devin communicates in a very authentic, trustworthy manner. When you do that, it creates a halo over the company’s reputation. We want to be seen as people that communicate accurate information. There are entities, where their voice is very corporate or seems like it’s been overly PRed. Entities do that at their peril. If we live in an age where there is heightened scepticism about information that creates an imperative to get real. I would like to think that when people engage with us they believe they know what they are getting. The same holds true for all companies.

Even if that does mean talking about the bad things?
Yes, you have to. There’s a lot of information out there. Better that you talk about it and put facts into context that people can rely on.

How big a challenge is fake news for you?
I won’t even use that term. I think the term is absurd. There’s always been a whole spectrum of opinions. The only difference between 2018 and 1998 is that the speed of information transfer has compressed. The marketplace of ideas is different because of that. I do think that if there’s higher scepticism and lower trust as evidenced by the politics we see today, it’s more important than ever for companies to have really sharp messaging, coherence and consistency across their channels and relentless persistence in managing, protecting and building their reputations.

It becomes more important to be able to separate signal from noise. It can be difficult as a company to maintain control of that information narrative which is why it’s so important to be seen as a trustworthy, reliable stakeholder. If your reputation is questioned, then the ability to have stakeholders actually trust you and rely on you is impaired. Every company grapples with that. The bigger the company, the more iconic the brand, the more noise around it, the higher the bar of scrutiny, and the emergence of cottage industries of stakeholders that try to free-ride on your business.

Internal communications used to be something of a corporate backwater. Now employee engagement appears to be leading the corporate communications agenda. What has happened?
At eBay, internal comms is a massively important lever for driving culture. And culture translates to behaviour, which translates to business results. Our employee comms group is one of the most sophisticated — we have a huge emphasis on culture and culture engagement from C-level on down. It's a top priority for Devin. It’s extraordinarily important.