Please refer to our Privacy Policy for important information on the use of cookies. By continuing to use this website, you agree to this.
Home Latest Edelman Veteran Jay Porter Dies After Battle With Cancer 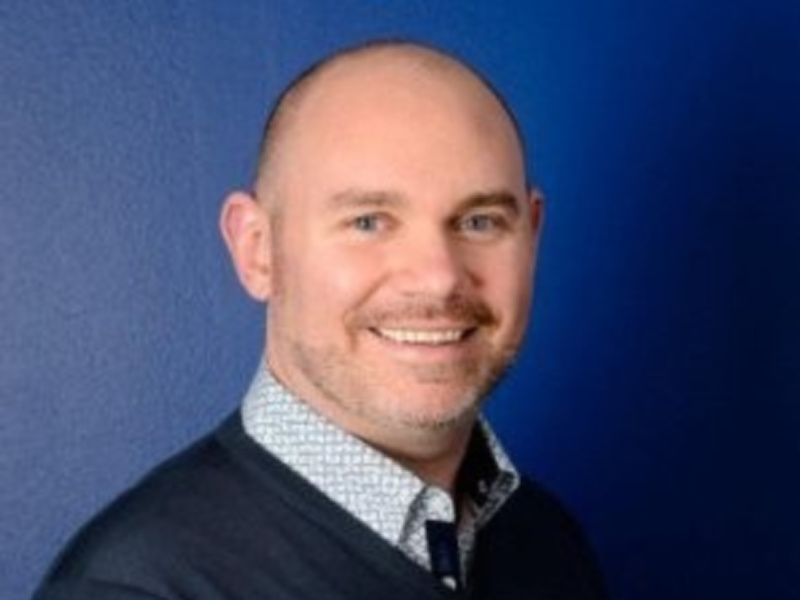 Jay Porter was a 16-year veteran of Edelman who most recently ran the agency's sizable Google business via the firm's conflict shop Revere.

SAN FRANCISCO — Longtime Edelman leader Jay Porter passed away this week after a battle with cancer.

Porter spent the last 16 years with Edelman, most of which he spent in senior leadership roles. Since 2018, Porter served as CEO of Revere, an Edelman agency that works with Google, in addition to emerging and high-growth tech companies. Before assuming that role, Porter led Edelman’s founding office and co-headquarters in Chicago.

He got his start in the business working in Oklahoma following his graduation from Yale, supporting Planned Parenthood of Central Oklahoma and Oklahoma Foundation for Excellence in communications roles.

Colleagues remembered Porter as a loyal friend and astute professional who exhibited “courage” and “fierceness” during his battle with non-Hodgkin’s lymphoma.

“Jay Porter was a treasured member of the Edelman family for more than 16 years. His passion for telling the stories of brands and tech innovation knew no bounds.  He will be remembered most for being a wise counselor to clients and colleagues, a welcoming force for those navigating their careers and lives and most especially to being a loyal friend to many,” said Edelman global president and COO Matt Harrington. The full memo Harrington sent to staff is below.

Corey DuBrowa, Google/Alphabet’s VP of global communications and public affairs, expressed his grief on Twitter yesterday. Upon hiring Revere in 2019, DuBrowa called Porter "a trusted advisor of mine for many years and the team he is building was perfectly suited to this work.” He provided a statement to PRovoke Media yesterday saying Porter "is, without question, one of the finest humans I have ever known."

"A PR professional and counselor without peer. But also a person you could trust, a friend you could rely on, a straight-up dude who was worthy of respect. I'm so lucky to have spent the time with Jay that I did. There is little doubt that I'm a better communicator because of it. But there is also total certainty that I'm a better PERSON because I knew Jay. He leaves a big, Jay-sized hole in the universe now that is impossible to fill," DuBrowa said.

"I'll do my damnedest to work as though he's still paying attention — it was a high standard to live up to. I loved him and I know that everyone who met and worked with him did too. That is both the joy and the heartbreak of this loss. I offer condolences to his friends and family and colleagues. I know if I'm feeling this way, I can't imagine what they are going through."

Jamey Boike, Revere’s co-founder and executive VP, also remembered Porter for what he brought to PR and to people, saying he was  “loved by many.”

"Jay Porter was our CEO and so much more than we can express — he drove us to reach across countries and continents for our clients, think bigger in our own brand, and keep each other close in our tight-knit culture of Revere. That last part is what we must do now as we grapple with the loss we feel. Jay was a teammate, mentor, business partner and loyal friend to me, and to so many others who are flooding me with stories. We cherish our memories of Jay.”

"I will remember Jay not for the battle but for all the victories he scored in life.  In his 16 years with us, Jay exuded warmth, intellect and a passion for all things, from the life of a brand to explorations around the world to the wonders of a great glass of wine with friends in Napa.  Jay punched his Edelman card with vigor.  He joined as head of brand for the PNW.  That passion for brand work benefitted numerous launches for Microsoft and then serving for two years as global client leader for Starbucks.  We did wrest Jay from Seattle, first with a stop to run our San Francisco office and then on to Chicago where he served as President for 4 years.   All his experience and talent led him to Revere and the opportunity to incubate and innovate on behalf of brands in the tech sector.

Jay as friend is his ultimate legacy.  The friendships spanned far and wide and represented every chapter of Jay’s life.  His friend circle just grew and grew and held him up these past many months. Our hearts go out to his husband David, who has been the ultimate Edelman partner joining in the journey, his parents and his sister. As we learn of the family’s plans and wishes we will share.  We also will absolutely find the proper moment to remember and celebrate this remarkable individual who graced our lives."