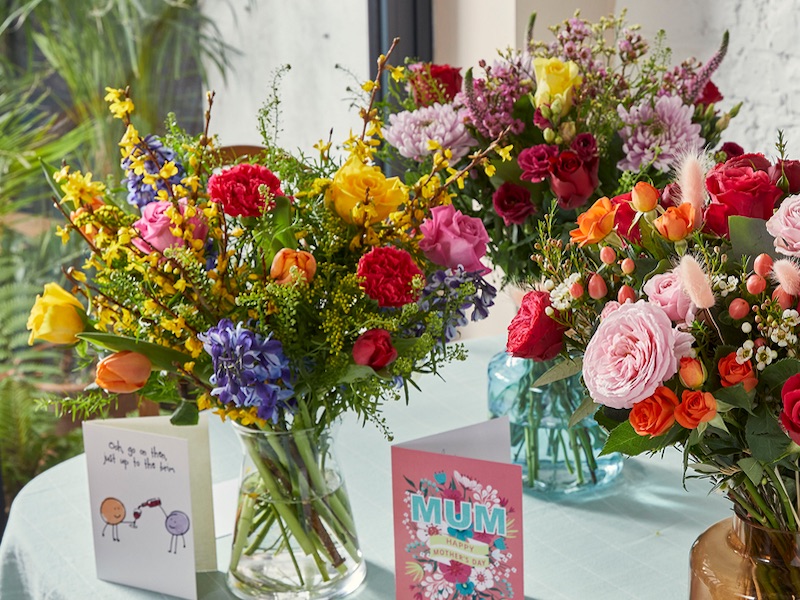 LONDON — Mental health charity Mind has appointed Langland as its strategic and creative partner after a competitive pitch. The agency will work on the charity’s first nationwide brand campaign, to be launched during Mental Health Awareness Week in May. Langland is tasked with leading the conception and creative execution of the new campaign, which will span cinema, television commercials, OOH and social media to encourage people to seek support.

MOSCOW — Independent agency network PROI Worldwide has suspended its partnership with Russian agency affiliate SPN Communications. The PROI International Management Board said suspension of the relationship was based on the Russian invasion of Ukraine, as well as serving the best interests of PROI’s 80 partners and their clients.

LONDON — Good Relations’ consumer practice has won two new clients. The agency has been appointed to lead on communications briefs for Moonpig, the UK’s leading online card, flowers and gifting platform, including a new gifts and flowers collaboration with British brand Cath Kidston (pictured). It has also been hired by environmentally-friendly electric transportation company Bird to launch its new e-assist Bird Bike to the UK market, including securing trials and reviews to drive awareness and sales.

KYIV — The new Ukraine Communications Support Network (UCSN) has launched the first of a series of weekly ‘dispatches from Ukraine’ videos. The first video is from One Philosophy founder Nataliya Popovych, who co-leads the network.

LONDON — The PHA Group has been appointment by life sciences technology company, TMRW Life Sciences, which has created the first automated specimen management platform for frozen eggs and embryos for IVF procedures. After its US launch, the agency will support the launch of the technology in the UK, targeting consumers and fertility clinics, in a 12-month campaign.

LONDON — Consumer agency Fanclub has added two fashion brands to its roster of sustainable clients. Lucy & Yak, known for brightly-coloured dungarees and boiler suits, has appointed the agency to work on the launch of its Re:Yak recirculation partnership with vintage clothing retailer Beyond Retro, which aims to keep clothing in circulation beyond its typical lifespan. Customers can trade in old Lucy & Yak products at Beyond Retro stores around the UK, to be given new homes or recycled responsibly. Dotte, the pre-loved children’s clothing marketplace, has also appointed Fanclub to support on influencer partnerships and media relations.

LONDON — In other news from Fanclub, the independent agency has announced its certification as a B Corp. Fanclub has been certified by B Lab, the not-for-profit behind the B Corp movement, as having met rigorous social and environmental standards which represent its commitment to goals outside of shareholder profit. B Corp certification addresses the entirety of a business’ operations and covers five key impact areas of governance, workers, community, environment and customers.

LEEDS, UK — Distiller Whyte and Mackay has appointed The Lucre Group to support its 2022 UK PR strategy across four of its brands. The news comes after Lucre worked with premium whisky brand The Dalmore last year. The agency will again be supporting The Dalmore’s drive to take whisky beyond the connoisseur, as well as working with single malt brands Fettercairn and Jura, and Flor de Caña Rum.

LONDON — Stand has been hired by baby charity Tommy’s for its new campaign to support dads and partners on the pregnancy journey, after research showing 38% of new fathers say they worry about their mental health. This is further compounded if a pregnancy ends in loss, with partners telling Tommy’s that they feel helpless and powerless when their baby dies, and believe their grief is often overlooked. The agency team will lead the creative development and strategic delivery of the campaign, as well as providing tactical support to raise awareness and use of the charity’s new online hub.

LONDON — Bibby Financial Services (BFS) has awarded Firstlight its retained PR and content marketing brief, after a competitive pitch. BFS is the largest independent invoice financier in the UK, supporting more than 7,000 SMEs. The agency’s brief is to increase brand awareness in the trade, national and regional media, create research-led content, and devise social strategies across owned, earned, shared and paid channels.

HAMPSHIRE, UK —Jargon PR has been appointed by Finsu, a new ‘conscious fashion aggregator’ that helps people find and shop sustainable brands. The agency will work with Finsu to raise its business profile, with a PR and content campaign that targets the international fashion, startup/business and sustainability media.

LONDON — The PRCA has relaunched its LGBTQ+ Network, set up two years ago in partnership with YouGov, with a mission to help the PR and communications industry ‘show up’ for the LGBTQ+ community as colleagues and consultants. The group, led by H+K senior associate director Emma Franklin-Wright and Katie Traxton, founder of Good Vibes Only Talent, will work with experienced volunteers to create resources and educational materials that help agencies create campaigns that positively impact LGBTQ+ representation and become inclusive workplaces. The group will also host events, act as a spokesperson on LGBTQ+ matters and release a new series of its Role Models blogs.