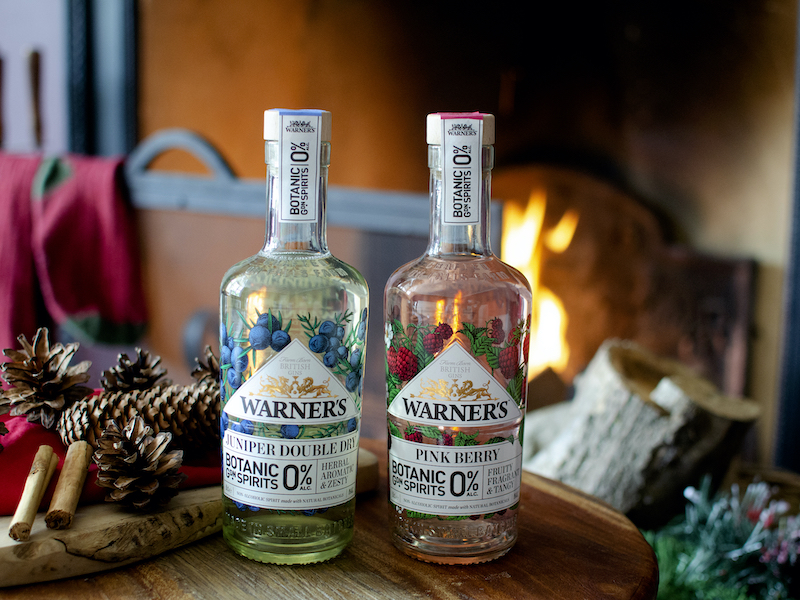 LONDON — Gin brand Warner’s (pictured) has selected Cow to handle PR and social media as it embarks on a new brand proposition and plans to expand market share in 2022. Cow will work closely with the distillery to attract new audiences by telling its brand story, focusing on a core range which includes Rhubarb, the leading independent super-premium flavoured gin in the UK, London Dry, and its 0% range. Warner’s joins Cow’s drinks portfolio, which includes Heineken and Proximo Spirits brands including The Kraken, The Sexton and Jose Cuervo and 1800 tequilas. Mark Perkins and Matt Wilcock will be leading PR with Jack Clothier and Henry Streeten heading-up social.

LONDON — Milk & Honey PR has been appointed by TISAtech, a global platform that helps fintechs develop relationships with financial institutions, after a non-competitive pitch. The agency’s remit is to help TISAtech drive brand awareness and increase membership of its global community. The team will be headed up by CEO and founder Kirsty Leighton.

LONDON — Shook has unveiled its second integrated project for UK for UNHCR, the UN Refugee Agency’s national charity partner for the UK. The agency is working with the in-house team on the project, across a range of paid, earned, shared and owned channels. The campaign ‘Wrapped in Kindness’ is running this winter and centres on wrapping papers created for the charity by designers and artists, inspired by refugees’ stories of what kindness and warmth mean to them. Donations will go to UK for UNHCR’s winter appeal, helping displaced Syrian and Afghan families survive the cold.

OSLO — New holding company Paritee – set up in September by chairman Lars Erik Grønntun, who is also COO and CMO at edtech company Kahoot and former global president of Hill + Knowlton Strategies, and former H+K EMEA chief of staff Jonatan Fægri – has acquired the remaining shares in Geelmuyden.Kiese Gruppen (GKG) that were held by founder Hans Geelmuyden. Having initially bought a controlling 50.1% stake, Paritee now controls 97.5 % of the agency’s shares. Geelmuyden will now step out of the partnership and into a senior advisor role. Fægri continues to oversee day-to-day operations and the company is due to announce its first CEO.

LONDON — Back Market, the refurbished tech marketplace that was recently valued at $3.2 billion, has retained Words + Pixels for its corporate and consumer PR as the company establishes its presence in the UK. Words + Pixels has been briefed to deliver campaigns and creative storytelling which focus on shifting perceptions around the quality of refurbished tech, how tech buying habits can be more sustainable, and how refurbished devices can help close the digital divide.

DUBAI — Less than a fifth of Middle East and North Africa (MENA) PR and communication professionals (16%) expect to return to the traditional five-day office week post-Covid, according to the PRCA MENA PR and Communications Census 2021. The study found that 59% of the region’s practitioners plan to split their time between home-based and office-based working, while 12% plan to work remotely permanently, leaving 13% undecided.

LONDON — The International Communications Consultancy Organisation (ICCO) has inducted UK government communications executive director Alex Aiken, Nigerian PR trailblazer Yomi Badejo-Okusany and Global Women in PR co-founders Angela Oakes and Susan Hardwick into its Hall of Fame. At its annual awards, Ketchum companies had the most wins, with five trophies. FleishmanHillard claimed the team award for network of the year as well as the award for Championing Diversity. BECG won independent consultancy, while the Grand Prix for the best campaign of the year went to Fanclub PR for ‘Mount Recyclemore’. Leader of the year was Dr Vivien Chiong from Nanyang Technological University, Singapore. The full list of winners can be found here.

LONDON — Purpose-driven communications group Social has rebranded its creative division as For The Curious, which will now operate as a standalone consultancy. On the back of work for clients including UK Sport and The National Lottery, the eight-strong team will bring design, video, social media and digital services to a range of clients. Social’s head of creative, Zoe Tatton, will lead the new venture as director.

GLASGOW — Perceptive Communicators has won three new accounts after competitive pitches: life sciences park Discovery Park, based in Kent; Precision Medicine Scotland Innovation Centre, which tailors medical treatment to individuals based on their DNA; and the Akela Group, one of the UK’s largest multi-disciplinary construction services and civil engineering companies.