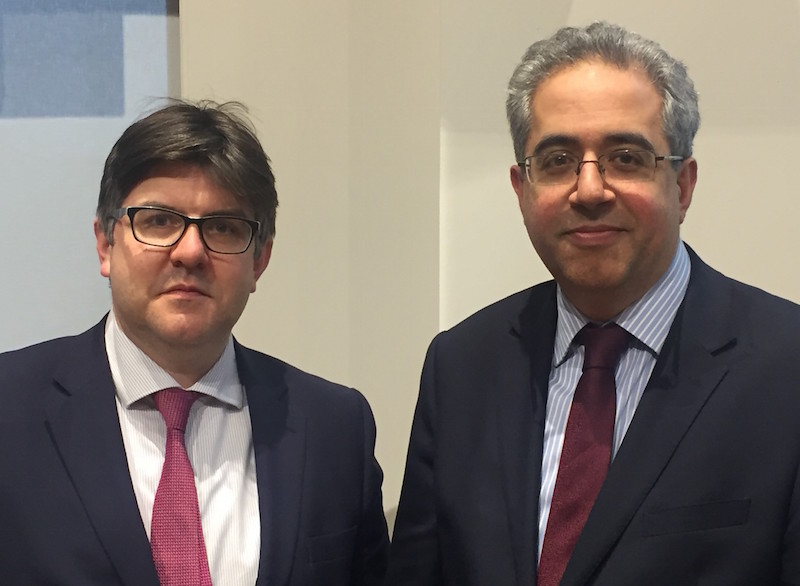 LONDON — Headland has appointed former Brunswick senior partner Mike Smith as partner and former Tesco comms director Ed Young as director. Smith began his second stint at Brunswick in 2010, following four years as Finsbury’s UK CEO, and spent 20 years at the Financial Times. Young joins Headland from Tesco, where he was corporate communications director and content and channels director. He was previously an associate at Brunswick.

LONDON — Octopus Group has been selected by software company Qubit as its UK PR agency after a competitive pitch. Qubit works with brands including Arcadia Group, Thomas Cook, Emirates, Mothercare, NET-A-PORTER and Ladbrokes Coral to create personalised consumer experiences. The brief is to position Qubit as a leader and innovator in personalisation and AI among buyers in global retail, travel and gaming businesses.

LONDON — Maitland Political has hired Razi Rahman (pictured) as its chairman. Rahman will work with managing partner James Drewer to grow the firm and provide political insight and advice to clients. He was assistant political secretary to prime minister Tony Blair between 2000 and 2007. For the last ten years, he has been a political communications consultant.

LONDON — Munch has been appointed to support the launch of GigRev, a platform for musicians and influencers from UK tech entrepreneur Kevin Brown. The 18-month-old agency, led by founder Lizzie Earl, has been briefed to introduce GigRev to musicians, influencers and the music industry via the entertainment and mainstream media.

MUNICH — Schwartz Public Relations has hired Sabrina Schöttler to lead content management, in a newly-created role. Schöttler is responsible for content strategy, generation and marketing, as well as graphics and layout work. She joins from Munich-based agency Factum, where she specialised in content and websites for B2B and B2C clients.

LONDON — The Bill & Melinda Gates Foundation has appointed Ben Crosland as its senior communications officer for UK and Nordics. He will report to Carolyn Esser, the foundation’s deputy director of Europe and Middle East communications. Crosland joins from the Bank of England, and has also been an adviser at HM Treasury, a Downing Street press officer and an associate director at Fishburn.

LONDON — Don’t Cry Wolf, the agency set up by former Hotwire head of engagement John Brown in January this year, has been appointed by social darts experience company Flight Club to develop a number of integrated communications projects.

LONDON — The Confederation of Paper Industries (CPI) has appointed Richmond & Towers after a competitive pitch to promote corrugated cardboard as a sustainable, renewable and recyclable material. The agency’s food and drink director Simon Mowbray will lead the account.