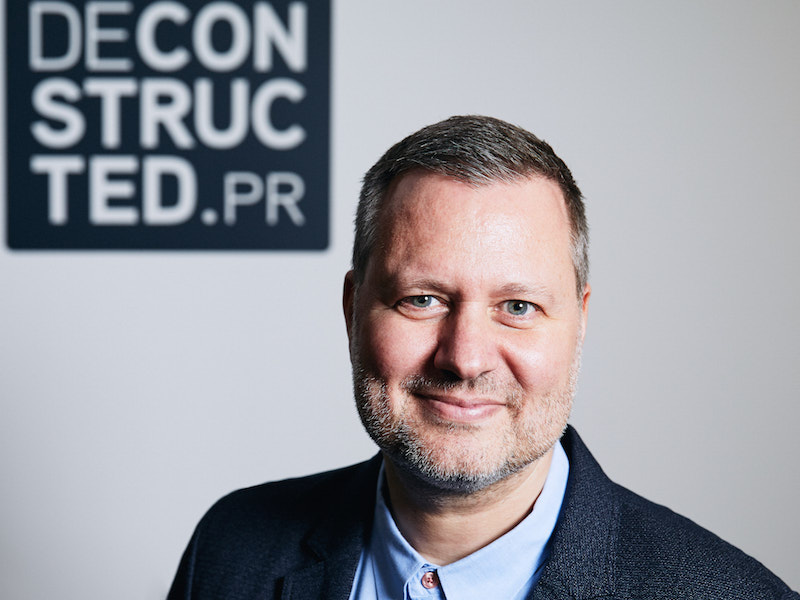 LONDON — Former Brands2Life technology managing director Dan Chappell (pictured) has launched his own agency to service tech brands, Deconstructed.PR. The firm launches with three clients and four staff. Chappell will maintain a close relationship with Brands2Life and will, in the launch phase, use some of its back-office services. Brands2Life co-founders Giles Fraser and Sarah Scales have provided seed investment and will sit on Deconstructed.PR’s board as non-executive directors.

BRUSSELS — Geoff McDonald, the former global VP HR at Unilever, has joined business strategy and communications agency BOLDT as a senior adviser on purpose. He will advise client teams on developing corporate purpose.

LONDON — The England & Wales Cricket Board (ECB) has appointed Kate Miller as its new director of Communications. She joins in July ahead of the men’s and women’s national team Ashes series, and will also be involved in the launch of the new ‘The Hundred’ 100-ball cricket league next year. Miller worked in-house at William Hill before becoming a partner at Engine, where she advised the Football Association (FA) in England, as well as Sport England, BAE Systems and Vodafone UK. She succeeds Chris Haynes, who announced his departure earlier this year.

LONDON — Red Consultancy has hired Sam Bowen to the newly-created role of director of strategy and insight. Bowen was formerly director of communications at Warner Music Group and had also been the managing director at Kwittken London, a senior consultant at Propeller Group and director of corporate at The Outside Organisation.

LONDON — Golin’s head of corporate strategy, Nick Bishop, is leaving the agency after seven years to pursue other opportunities. He was previously a director at firms including Speed and Mantra. Golin’s corporate and B2B work will continue to be led by deputy managing director Emily Luscombe.

LONDON — Strategic communications consultancy Powerscourt has hired David Lloyd-Seed as its new head of capital markets, working within the investor relations team. Lloyd-Seed joins from Telefonica UK, where he was director of investor relations, and is also chair of the UK Investor Relations Society.

LONDON — The company behind the UK’s first CBD (cannabidiol) snack bar, Nooro, has appointed Threepipe to run a PR campaign for its exclusive launch into Planet Organic, as part of an integrated campaign including in-store sampling, store branding and influencer marketing programmes.

LONDON — The Public Affairs Board, which came into effect at the end of last year following the merger of the APPC into the PRCA, has a new executive committee. George McGregor, managing partner at Interel, and Emma Petela, director at GK Strategy, become co-chairs, after Paul Bristow stepped down to potentially contest the Peterborough by-election as a Conservative candidate. Cathy Owens, director at Deryn Consulting, Paul Church, associate director at The Whitehouse Consultancy, and independent consultant Lionel Zetter are vice-chairs.

LONDON — Milk & Honey PR has been appointed by boutique co-working office company Le Bureau to build its reputation as a home for start-ups and entrepreneurs. Founded in 2005, Le Bureau has 90 start-ups in its South West London location, including architects, recruiters, web designers, graphic designers, PR agencies, financiers, and journalists. The agency’s brief includes digital consultancy, email marketing and traditional media relations. The account will be led by Brittany Farquhar.

LONDON — John Doe has been appointed as the retained events agency for Martell Cognac, to produce a series of events in partnership with London’s Afro Pop community. The appointment follows a number of pilot events at the end of 2018 to support Martell Blue Swift, which is made with cognac finished in bourbon casks. John Doe supported activations including VIP experiences and acoustic gigs.