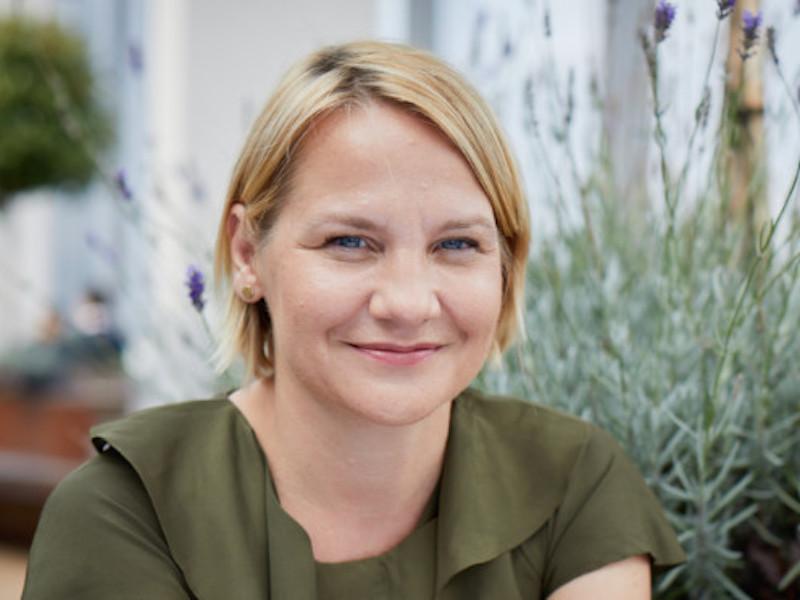 LONDON — Coca-Cola has appointed Anna Lucuk (pictured) as director of public affairs, communications and sustainability for its Western Europe Business Unit (WEBU). The group includes the UK, France, Germany and Spain, and accounts for 30% of Coca-Cola products sold across EMEA. Lucuk joins from Coty, where she was VP corporate responsibility, issues and crisis. She succeeds Rafa Fernandez, who is now general manager of Coca-Cola’s World Without Waste programme in Latin America.

LONDON — Hill+Knowlton Strategies (H+K) has been named as global agency of record for sustainable packaging provider DS Smith. The account will be led by the London team, with hubs in Brussels and New York, to provide strategic counsel, creative campaigns, media relations and public affairs support across Europe and the US. Brunswick has also been appointed as DS Smith’s global financial communications partner, after a strategic review to consolidate the company’s agency roster into two global consultancies.

LONDON — Brands2Life has been appointed by 4G and 5G wireless technology leader Cradlepoint as its retained PR agency in the UK and EMEA after a competitive pitch. The agency will initially focus on highlighting Cradlepoint’s work in new types of field and at-home operations, businesses, emergency responders and communities during Covid-19, including providing secure on-site networks to support testing stations, make-shift tents for healthcare providers, work-at-home connectivity and command centres for first responders.

COPENHAGEN — Christian Wulff Søndergaard will become Carlsberg's new VP of corporate affairs on 1 May. He joins the Danish brewer from global telecoms company Telenor, where he has worked in various senior roles in Europe and Asia, latterly as head of group public and regulatory affairs in Norway. Søndergaard has worked for a number of Danish PR agencies, including leading Radius Communications as CEO. He has also briefly worked for the Danish Foreign Ministry in Washington and Brussels.

PARIS — Ogilvy’s PR & Influence practice in Paris has strengthened its management team with the addition of Pauline Florentin as head of corporate and Morgane Escoffier as editorial consulting director. Florentin has been director of the corporate division at Rumeur Publique for the past 15 years. Escoffier joins from BETC, where she was brand and content director. They join the management team led by Pierre-Hubert Meilhac alongside Claire Mariat, who has been head of brand influence for the past year.

LONDON — Food, drink and travel specialist Sauce Communications has been appointed as the UK PR agency for Spanish beer brand Estrella Galicia, following a competitive pitch. Sauce will handle trade and consumer comms for Estrella Galicia, focusing on projects to support the restaurant and bar industry that also drive consumer purchase in the off-trade.

LONDON — British underwear brand Heist has appointed The Romans as its retained PR agency after a competitive pitch. The agency’s remit covers press office and creative brand campaigns, including media relations, influencer engagement, experiential and trade. Heist was set up in 2015 to create technologically-advanced underwear and shapewear and has raised $10m from investors to build an innovation laboratory.

LONDON — The Public Relations and Communication’s (PRCA) weekly Confidence Tracker with The Pulse Business has recorded a surge in positivity from in-house and agency leaders about their organisation’s prospects as the Covid-19 crisis continues. Almost a quarter (24%) of respondents said they were “very confident” about the future, compared with 15% the previous week, while a further 47% were quite confident, up from 38%. A further 15% were neutral, and 15% said they were not very confident or not confident at all.

LONDON — Healthcare PR specialist Road has been appointed by Perspectum, the most successful life sciences start-up to come out of Oxford University and one of the UK’s fastest-growing medtech companies. The agency’s brief is to develop corporate communications to support Perspectum’s growth, with a focus on its technologies (including medical imaging software) with applications in clinical practice, research and drug development settings.