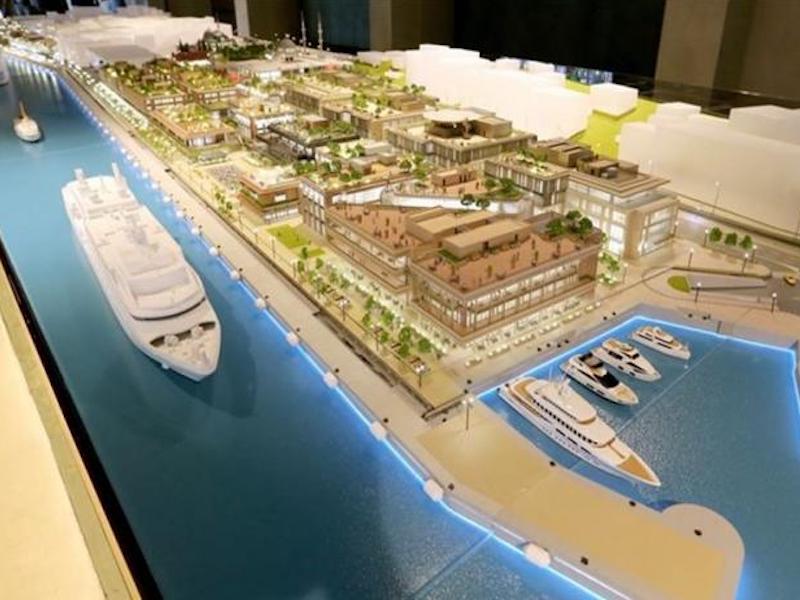 ISTANBUL — Finn Partners is the new agency of record for Galataport Istanbul, the $1.7 billion project to revive and redefine Istanbul’s historic port as a lifestyle destination on the banks of the Bosphorus. The agency’s travel and lifestyle team, led out of New York – will direct a PR and marketing plan for the project (pictured), which will also be home to state-of-the-art cruise ship facilities, a hotel, museums and art galleries, shops and restaurants.

LONDON — W Communications has won a competitive pitch to handle UK brand communications, creative activations and executive profiling for grocery-on-demand unicorn Gorillas – the fastest-ever company to be valued at over $1 billion.

LONDON — Brands2Life has hired Sophie Crossley in the newly-created role of head of social strategy. Crossley has previously worked at We Are Social, where she led the HSBC, YouTube, Heinz, Expedia and Lego accounts, and contracted at JWT, where she led IKEA’s social strategy. Crossley, who joins the senior leadership team, will oversee the direction of Brands2Life’s social media client roster, which includes Vodafone, LinkedIn and HRA Pharma.

TRURO, UK — Brand activism agency Don’t Cry Wolf has opened up a new office in Cornwall. The expansion is being managed by founder John Brown, who has relocated to Cornwall and will be dividing his time between the new office and the London HQ. The agency will take on its first employees in the Truro office this summer and the whole team will have access to both offices. Brown said, “Cornwall is utterly buzzing right now. We were proud sponsors of the Sustainable Development Conference in the run-up to G7 and we’re acutely aware that there is a bubbling economy of innovative businesses geared towards a sustainable future that we want to be a part of.”

LONDON — Publicis health agency Langland has promoted Jake Davis to managing partner. He will continue to lead the agency’s PR and Policy offering, reporting to group managing director Victoria Wright, while taking on other responsibilities including managing of the agency’s phased return to the office, which starts this month.

LONDON —Thinkhouse has joined the Lucozade Energy agency roster after a competitive pitch. The Suntory Beverage & Food brand has briefed the agency to deliver PR and experiential campaigns for Lucozade Energy GB through 2021 and 2022.

LONDON — New family media app Kin has appointed Clarity to handle its UK PR and influencer programme. Clarity is tasked with delivering consumer and corporate press office, including influencer partnerships. Kin, which has raised $3.2 million in pre-launch funding – the highest private network raise in Europe at the time of launch. The platform provides an alternative to the social media and messaging platforms for families to keep in touch, share memories, images and record messages in a secure closed group, without having to navigate newsfeeds or ads.

LONDON — Firstlight group has been appointed to lead the global communications programme for the Climate Crisis Advisory Group (CCAG), a new independent international scientific body formed in June to inform and educate the public on the climate emergency, while also holding governments and financial institutions to account with the aim of acting as a catalyst for policy change. The Firstlight team was appointed to provide strategic direction prior to launch and will now lead the global comms programme, including running monthly public meetings, press office, and social and content strategies.

LONDON — Children’s wellness brand Cosmic Kids has appointed Dundas Communications to handle all UK press communications after a competitive pitch. Cosmic Kids founder Jaime Amor said: “We are so excited to be working with Dundas! They are super creative, smart and totally aligned with our goals. Our aim with Cosmic Kids is to give as many kids as possible the tools for physical and mental wellbeing.”

CHESTERFIELD, UK — Roaring Mouse Public Relations, a specialist agency for early-stage technology businesses, has strengthened its senior team with the appointment of Stephanie Dobson as a senior consultant. Dobson has worked in-house at Co-operative Financial Services and was head of PR at Experian. She also worked at Euro RSCG Biss Lancaster (now Havas) for 10 years, working with clients including Bank of Scotland Corporate, Prudential and Asda.