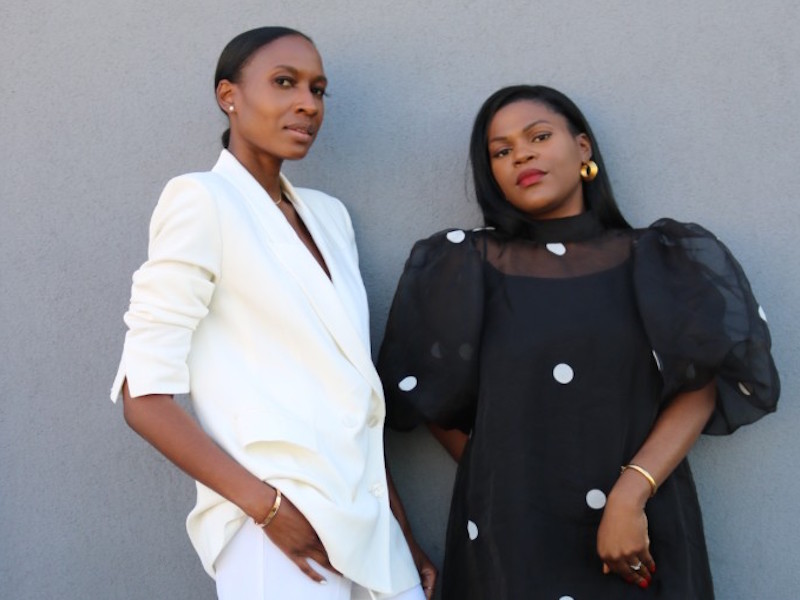 LONDON — Pizza Hut has hired Hanover to handle corporate PR, digital communications and public affairs for its delivery arm. The appointment was made without a pitch after the agency completed an internal comms project during lockdown.

LONDON — A new agency that combines PR, HR and wellbeing support for the fashion and creative industries has launched with a focus on equality and diversity. Inclusive Consultancy's founders are Ana Addai (pictured, right), previously head of digital marketing at media company ALM Media, and former Debenhams merchandise manager Ann Marie Clarke (left). Nneoma Ulu, a former associate director at Porter Novelli and Ogilvy and head of culture and entertainment at Diageo, becomes PR and communications director. The agency’s launch clients include a womenswear brand and a fashion and lifestyle magazine.

LONDON – Red Lion, the new agency set up with backing from Hope&Glory, has added water kefir, organic juices, cleanses and vegan broths brand Purearth to its client portfolio. The team has been tasked with raising awareness of the healthy drinks brand and its support for gut health among a mainstream consumer audience. The agency will run a press office alongside creative activations, planned over the course of the next 12 months. The business appointed Red Lion following a competitive pitch process. Purearth joins first-to-market child and parent support app Wing, AI-led baby food brand Mamamade and London-based fitness studio Body Society as clients of the agency.

LONDON — New strategy and communications agency Boldspace (formerly known as Bold White Space) has made two hires to its senior team. Therese Moriarty, an experienced data visualisation and analytics consultant, joins as head of data and insight. She has previously worked in agency and in-house, including six years at NBCUniversal and at entertainment platform Eko. Theo Fashesin has joined as a senior PR consultant after working at Red, Citypress and Way to Blue.

FRANKFURT — Hering Schuppener has made four new hires to its tech & transformation team in Germany. Marie Fabiunke joins from Target Global, a European venture capital fund, where she was vice president of communications, marketing and investor relations. Stephan Dörner was online editor in chief of technology publication t3n and has written on start-ups and innovation for Die Welt, the "Wall Street Journal" and Handelsblatt. Carolin Döring joins from Zalando, where she was global communications team leader, while planning and strategy specialist Robert Spönemann joins after eight years at the SPD political party.

NEWCASTLE — Ruth Barrett has joined Inspired as head of content and digital PR. Barrett created the digital PR team in her previous position at Evolved Search. With 12 years’ experience in journalism and digital marketing, Barrett was highly commended for Women in Marketing’s One To Watch award in 2019.

MOSCOW — IMARS Communications has won a tender to organise and conduct press tours for the United Aircraft Corporation (UAC), including accompanying the media at international industry business events in Russia, China and Indonesia. The Public Joint Stock Company United Aircraft Corporation (PJSC UAC) was set up in 2006 for the development, production, sales, operational support, warranty and servicing, modernization, repair, and disposal of civil and military aircraft, including brands such as Su, MiG, Il, Tu, Yak, Beriev, Superjet 100 and MS-21.

BERN — The Swiss Federation of Public Relations Agencies (BPRA) and Leading Swiss Agencies (LSA), representing the interests of 80 Swiss communication and media agencies, are merging. The members of the two associations approved the merger with retroactive effect from July 1 of this year. The merged organisation will continue to be part of ICCO.

LONDON — The PRCA has launched a new drive to uncover suppliers with a positive social impact. Charities, community business and social enterprises have been invited to apply to become part of a new social impact supplier directory. Simon Francis, chair of the PRCA Council and founder member of social enterprise Campaign Collective, said: “One of the priorities for the Council is to improve the social impact of our profession’s supply chain. A really simple way of doing this is using more charities, community businesses and social enterprises to provide venues, goods and services to professionals working in PR and communications.”

LAUSANNE — The Jack Ma Foundation’s Africa Netpreneur Prize Initiative has chosen APO Group founder and chairman Nicolas Pompigne-Mognard as a judge for this year’s Africa’s Business Heroes competition, which spotlights African entrepreneurs. Pompigne-Mognard will be part of a seven-judge panel that will interview candidates from a semi-final shortlist of 20 entrepreneurs based all over Africa. The winner will receive $1.5 million.