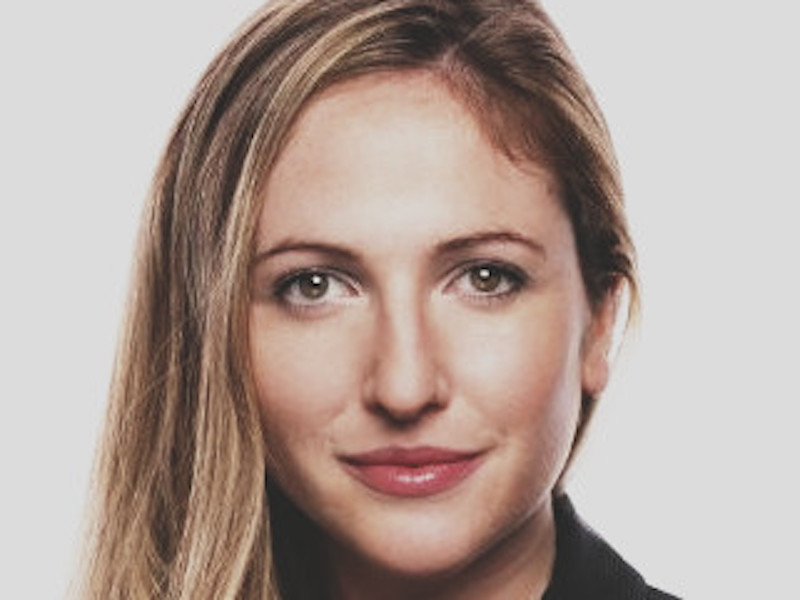 LONDON — Former Newgate associate partner Anna Geffert (pictured) has launched her own financial and corporate agency, Hera Communication Strategies. Before joining Newgate in 2017, Geffert was at Instinctif Partners for seven years. The agency’s chairman is another former Instinctif partner, Dr John Wriglesworth, with more hires to be announced early in 2020.

LONDON — Youth media brand Unilad has appointed Hotwire to promote its #BloodWithoutBias campaign, aimed at raising awareness of discriminatory policy in the UK’s blood donation system, which bans gay and bisexual men from donating unless they abstain from sex for three months.  The agency will lead earned media strategy for the campaign, developed in partnership with creative agency Elvia. It is Unilad’s first campaign since being acquired by LadBible Group in 2018.

BRUSSELS — FTI Consulting has named Brussels managing partner Julia Harrison as global head of public affairs in its strategic communications division. Harrison, who has led Brussels for the past 11 years, co-founded public affairs business Blueprint in 2003, which became part of FTI Consulting in 2008. Senior MD Hans Hack will take over as head of the Brussels office.

MANCHESTER — Former journalist and PR agency veteran Chris Walker has launched his own agency, Be The Best Communications, to bring PR, public affairs, business development and marketing together. Walker has already secured briefs from clients in the tech, housing and development sectors across the Northern Powerhouse region, and has hired content marketing specialist Angela May as head of strategy. Walker had previously worked at agencies including Social Communications, Weber Shandwick, IPB and The BIG Partnership.

LONDON — Brands2Life has been selected by medical imaging company Olympus Medical UK after a four-way competitive pitch. The agency will support assignments covering thought-leadership, social strategy, influencer and stakeholder engagement and the development of product specific campaigns. Olympus Medical focuses on early detection and minimally-invasive treatment in the fields of gastroenterology, urology, gynaecology and general surgery. To support the agency’s growing health and wellbeing practice, Darren Foan, previously of Spink and Pegasus, has joined as a practice director.

JOHANNESBURG — Issues, crisis and reputation management specialist Aprio Credence has hired Esme Arendse as its CEO, to work alongside director and principal consultant Alan Arguile. Arendse previously ran her own consultancy, One Reputation, which she founded in 2017. Before that, she held senior in-house corporate affairs and communications roles in South Africa, including at Sasol, Old Mutual and Nedbank.

DUBAI — Consumer agency Toh has joined privately-owned communications group PRCO. Toh was founded in 2011 by Sophie Toh, who will become a director of PRCO and will oversee the running of the GCC and UK offices.

PARIS — Marketing services group Havas has expanded into management consultancy with the acquisition of independent UK transformation consultancy Gate One. Gate One works directly with C-level executives from firms including 20 FTSE companies across life sciences, retail, and travel and tourism, as well as government departments.

BIRMINGHAM — Grayling Birmingham has won two new clients after competitive pitches. The Midlands team will work closely with Grayling UK’s health team, on an upcoming campaign for the Guide Dogs charity, and will drive ticket sales for the 2020 YONEX All England Badminton Championships, which take place in the city in March next year, with a series of activations.

LONDON — Global strategic podcast consultancy 4DC has released its latest quarterly report, showing the potential of podcast subscriptions, with 59% of listeners saying they would be willing to pay an average of £4 a month for premium content. According to the research, 80% of listeners are either positive or neutral to receiving adverts, with 59% willing to buy from a brand advertised in a podcast.

LONDON — New research from broadcast agency ON-Broadcast shows that 94% of journalists still recognise press releases as a source for stories, but they now see social media as the most important source for news (60%). The survey of journalists working for broadcast outlets and all UK national daily and Sunday newspapers, including BBC News, ITV News, Sky News, MailOnline and London Evening Standard, also found that 74% of journalists want PR professionals to contact them with a story via email, compared to just 14% who said phone, and 4% who named Twitter, and 58% said PR stunts provide valid stories if they are well-staged.