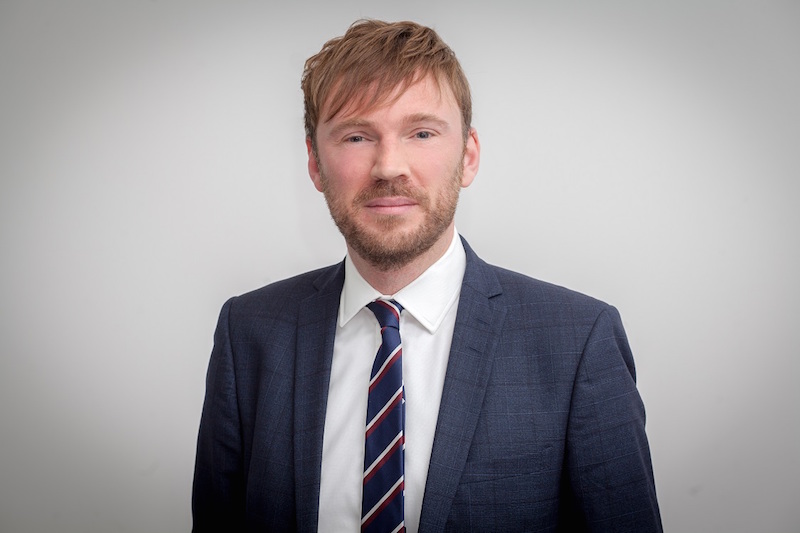 LONDON — Eddie May, who left sports specialist The Playbook as managing director at the end of last year after helping to launch the Hanover Group company in 2016, has set up a new communications agency, Overdog Marketing. May told the Holmes Report he plans to focus on start-ups and challenger brands in the sport, fitness and wellbeing sector.

LONDON — The PRCA has promoted Matt Cartmell (pictured) to the role of deputy director general. Cartmell, who has been director of communications, marketing, and events for the past five years, will support director general Francis Ingham in leading the organisation, including sharing the role of spokesman. He told the Holmes Report that the focus for the PRCA leadership in 2018 would be international industry cooperation, ethics and professionalism.

BRUSSELS — Public policy specialist Cambre Associates has boosted its growing tech practice with the appointment of EU policy expert Nicolas Gyss. He joins Cambre from Telenor Group where he was director of EU affairs, representing the company at GSMA Europe and ETNO, including as a member of their boards and some working groups. Gyss was previously a policy officer at the European Commission’s DG CNECT, where he worked on cybersecurity, media and telecoms policies.

LONDON — Brands2Life has been appointed by Nokia Technologies to deliver an integrated PR and social media programme for its digital health business in the UK, following a competitive pitch. The brief includes brand campaigns around products such as the Steel HR hybrid smartwatch, developing a social media strategy and a thought leadership programme. The account will be led by Katy Stolliday, deputy MD, consumer.

JOHANNESBURG — Burson-Marsteller Africa has hired Nicholas Wiliams as a senior counsel to strengthen its financial and investor relations offering for clients across Africa. Williams was previously a managing partner of Instinctif Partners Africa, which he set up in 2002. He has advised JSE Top 40 companies in South Africa and internationally in all areas of capital markets PR, including IPOs, capital raisings, M&A and black empowerment transactions.

LONDON — Business and IT services company Ricoh has appointed Kwittken for UK integrated communications after a competitive pitch. The agency’s brief includes media relations, a cross-platform content programme and developing Ricoh’s communications strategy to support business targets around its digital Workstyle Innovation platform. Headquartered in New York with offices in London and Toronto, Kwittken has been part of the MDC Partners network since 2010.

BRIGHTON — Healthcare agency AXON has opened an office in Brighton, which will be led by new director Andrew Martello, a behavioural science strategist. He said: “A rigorous understanding and application of behavioural science will enable AXON teams to help our clients improve health outcomes.” AXON also has offices in London, Copenhagen, Zug (Switzerland), New York and Toronto. Managing partner Miranda Dini said Brighton had been chose for its “wealth of talent and reputation as an innovation hub.”

LONDON — Threepipe has appointed Abigail Hughes as a PR director. She first worked at Threepipe in 2009 and re-joins the agency from Red Consultancy, where she led accounts including Huawei UK, Trainline and Heathrow Airport. Hughes has more than 12 years’ experience across the travel, leisure, technology and lifestyle sectors at a European and UK level.

LONDON — The Royal Television Society has handed its UK PR account to media and entertainment technology specialist Bubble Agency, in collaboration with publicist Jenny Burbage. The brief includes reinforcing the charity’s position as an educational provider for the broadcast industry, and promoting its awards and events and its bursary scheme to help undergraduates from lower income backgrounds to pursue careers in television production, journalism or broadcast engineering.