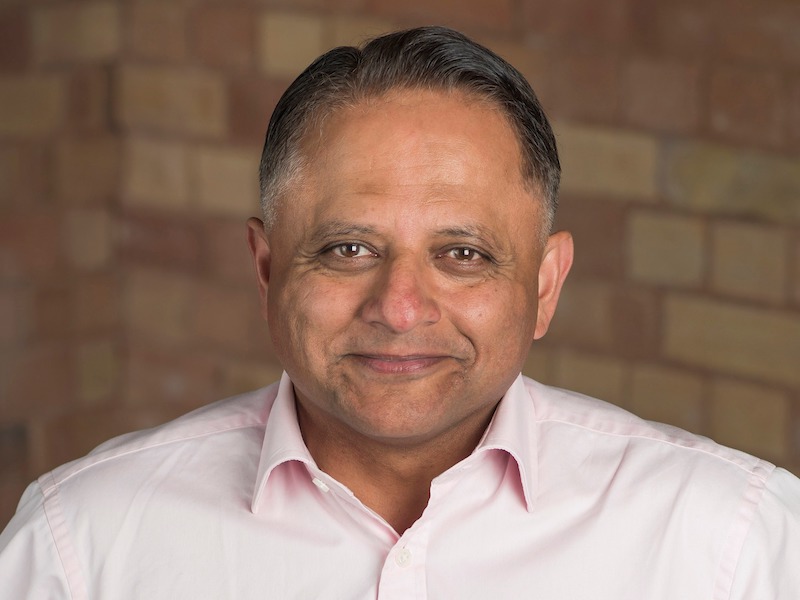 LONDON — Portland has appointed Rooney Anand, former CEO of pubs and brewing business Greene King, as a new senior adviser. Anand (pictured) spent nearly 15 years as head of the FTSE company before stepping down in 2019. He is currently senior independent director of supermarket chain Morrisons. At Portland, Anand’s role will be to advise the agency’s management team, led by CEO Mark Flanagan, and support it in growing the commercial side of the business.

ZURICH — Nutrition and supplements company BioHarvest Sciences has engaged European business strategy and communications agency BoldT and US-based Summit Strategy Group to develop its global sustainability strategy and ESG reporting framework. BioHarvest Sciences’ current range includes Vinia, based on red grapes, and it aims to expand into the cannabis products in the next year. The company has developed new BioFarming plant cell extraction technology that enables plant cells to be grown at industrial scale in liquid bioreactors, to produce the health benefits of plants without the need to grow the entire plant. In the case of cannabidoids, the technique is estaimated to use less than 5% of the land required for conventional farming, reducing emmissions and the use of energy and water.

LONDON — Forster Communications has appointed Hilary Berg, former head of sustainability and corporate social responsibility at Iceland Foods, as a strategic advisor to help clients identify their sustainability ambitions. While in-house at Iceland, Berg reported to MD Richard Walker, and ran corporate activism campaigns on palm oil, plastic pollution, and carbon and food waste reduction. She continues at the supermarket in an independent role as responsible business advisor.

BARCELONA — Catalan based digital community bank 11Onze has appointed Curzon PR to lead the public relations campaign for its launch and roll out of its services. The London-based agency will work with the 11Onze team to engage with stakeholders. As well as using a digital platform for banking, 11Onze offers a private social network and a marketplace for customers.

LONDON — Publicasity has been appointed to represent luxury leather goods brand Grace Han. The agency, which won the account after a five-way competitive pitch, will focus on promoting the emerging British designer to consumer and trade media in the UK, as well as product launches and influencer outreach. The account is led by Publicasity MD Paul McCaffrey.

MUNICH — We Are Social has hired Leo Marks as creative director and head of studios. He joins from BMW, where he was the global creative director for the Mini brand. Marks will report to Germany managing director Roberto Collazos Garcia.

LONDON — Seahorse Environmental has appointed Lizzy Roberts as an account director and head of in its new energy practice. Roberts was previously policy and public affairs manager at OVO Energy. Roberts started her career at the CBI in Brussels before moving to Newington Communications in 2014.

LONDON — The Chartered Institute of Public Relations (CIPR) has formed a partnership with Media Trust, a charity dedicated to giving marginalised groups and young people a voice by bridging the gap between the media and creative industries and society. The partnership includes 50 free CIPR student memberships, which provides access to the CIPR Student Mentoring Scheme, to those on Media Trust's 'Creativity Works' training programme and Emerging Leaders Network.

LONDON — Beauty company SLG has appointed Mind+Matter, part of Ashfield Health, as its strategic communications partner to handle beauty and influencer PR in the UK for Rhyme & Reason, a new eco-conscious, vegan, cruelty-free and dermatologist-approved haircare range. Mind+Matter’s healthy beauty team, which won the account after a four-way pitch, will be working with Rhyme & Reason to launch the product range in the UK and providing ongoing consumer PR. The account will be led by associate director Holly Ford.

LIVERPOOL — Integrated communications agency Social has appointed senior communications advisor, Laura Bell as a director to lead its new Liverpool-based operation, which covers the Merseyside region, Lancashire and Cumbria. The former Liverpool Daily Post and Echo journalist has worked in further education and with The Department for Digital, Culture, Media and Sport (DCMS) as an independent consultant. In her new role, she will support clients on PR and engagement strategies in what will be the agency’s fifth regional office alongside Manchester, Leeds, Bristol and London.

LONDON — Newsfeed PR, a sister agency to Good Relations, has been appointed to lead PR and influencer activity for Cricut UK, which makes creative cutting machines for home crafters, after a four-way competitive pitch. The agency will lead on all UK media and support influencer relations, and the account will be led by executive director Jodie Simpson.

LONDON — Diversity media network Brand Advance has hired MWWPR as its PR agency to lead on UK communications. The agency has been tasked with positioning Brand Advance and its sister companies, DECA and Sentiment, as partners for brands and agencies to reach diverse audiences at scale. MWWPR will support Brand Advance’s corporate communications strategy with an integrated media relations programme including executive thought leadership and virtual events.

MANCHESTER — Communications and digital marketing agency JGM, a sister agency to Shoot The Moon, has been appointed by Lee Kum Kee, a Hong Kong-based manufacturer of Chinese and Asian sauces; Moda Furnishings, a luxury outdoor furnishing brand; and Sykes Seafood, a frozen fish and seafood supplier to the wholesale, retail and hospitality industries.

LONDON — 4media Group UK has been appointed by sustainable lifestyle brand Circular&Co as its retained agency for 2021. The agency will be working on product launches, brand awareness and pop-up events, as well as educational campaigns around sustainability and the circular economy.