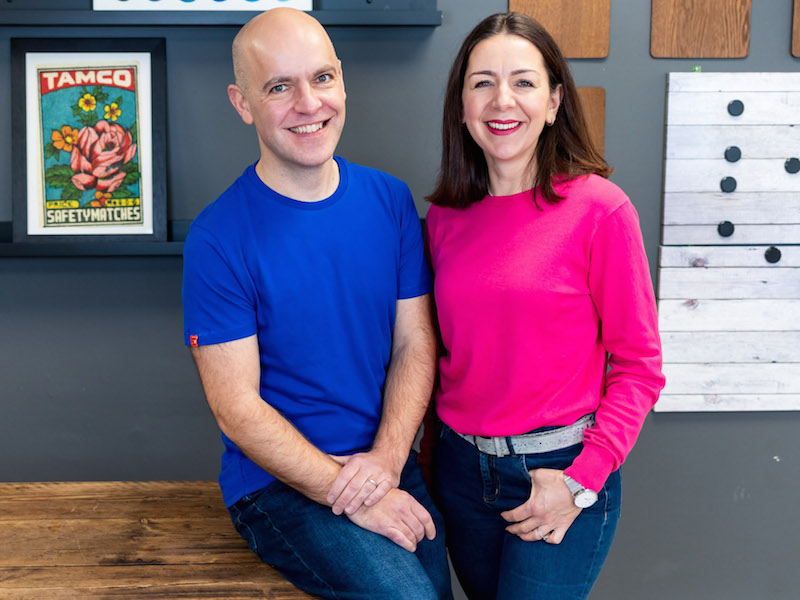 LONDON — Harvard director Phil Szomszor has left the agency to start a consultancy focused on strategic communications and social media for business leaders. He has established Brightside with Jo Jamieson, also formerly at Harvard and Berkeley PR, where the pair (pictured) first worked together. Szomszor joined Harvard in 2016 and established the agency’s social media offering and running the agency’s largest account, Cisco. Before a short career break to have her second child, Jamieson was head of marketing at Harvard and led accounts including Fujitsu and Huawei.

LONDON — Boeing’s reputation score hit a new low ahead of its annual results last week, according to data from reputation intelligence company Alva. On a scale of -100 to 100, with 0 being neutral, Boeing’s average reputation score for the month of January was -71, compared with -56 after the second 737 Max crash last year. The low rating followed a month in which Boeing reassigned thousands of 737 Max workers, the destruction of a Ukrainian International Airlines plane by a missile in Iran, the release of internal emails in which executives joked about safety, and former CEO Dennis Muilenberg leaving the company with stock and assets worth $80 million when he left in December 2019.

LONDON — Blurred has appointed Rachel Minty as a consulting director. Minty, who was previously an executive director and a consumer lead at Golin, will work with major FMCG businesses on purpose and sustainability. She will also play a key management role at the new agency. Minty joins consulting directors Jenna Gifford and Sinead Scott-Lennon.

LONDON — Amber Tovey, former health MD at Burson Marsteller, has been appointed business director of Porter Novelli’s health team in London. Tovey will work across a global pharmaceutical client portfolio in areas such as neurology, rare diseases and HIV. She will report to head of health Ludivine Delattre, who joined last February. Tovey’s previous agency experience includes GCI Healthcare and Munro & Forster, as well as almost a decade at Ketchum and as London head of health at MSL.

LONDON — MSL UK has appointed David Garfinkel, formerly the senior director of FTI Consulting’s people and change team, as director of engagement. He has worked in-house and on agency teams for a number FTSE 100 companies, including heading internal communications at BAA/Heathrow Airport, TUI UK & Ireland, and William Hill. He will report to MSL’s new London MD Jo Grierson.

LONDON — Virgin Group has appointed Manifest to deliver a nine-month integrated campaign to celebrate its 50th birthday, including internal communications to reach 70,000 employees, and external creative strategy and activation.

LONDON — Frank has been appointed by UK wellness event Balance Festival to raise awareness of and drive new audiences in the run up to the fourth annual show this April. Frank will run a creative proactive and reactive media relations campaign for Balance Festival to drive ticket sales.

LONDON — The Public Relations and Communications Association (PRCA) has joined a consortium of organisations from the creative industries to address issues around climate change. The Advertising Association, working in partnership with ISBA and the IPA, has launched climate action steering and working groups to produce a report to measure the creative industries’ carbon footprint and what action is being taken, develop more options for collective action including encouraging use of more sustainable products, services, messaging and behaviours in campaigns, and explore the role that advertising regulation can play in response to concerns around climate change.

LONDON — Kazoo Communications has extended its brief for seafood company Young’s Seafood to include influencer relations as well as consumer campaigns and press office. The next phase of the PR programme will include support for the brand’s new multi-million-pound advertising campaign – Masters of Fish, which showcases its 200 years of expertise to inspire people to cook fish more often.

LONDON – Octopus Group has re-hired Dave Montrose, its former head of design, as creative director. Montrose previously worked for the agency from 2016 to 2018 on the Vodafone, Adecco Group and the British Heart Foundation accounts. For the past two years he has worked in digital design roles for FTSE100 companies including Sage, easyJet, Toyota and Taylor Wimpey.

LONDON — Premier has been appointed by the National Galleries of Scotland to deliver a national PR campaign for the summer 2020 season, focusing on the interactive exhibition, Ray Harryhausen: Titan of Cinema, that runs from May to October at the Scottish National Gallery of Modern Art in Edinburgh. The exhibition will be the largest and widest-ranging collection ever seen of the cinematic pioneer’s work.

DUBAI – Samantha Bartel, managing partner and CEO of Instinctif Partners MENA, has been appointed to the regional board of PRCA MENA. Bartel joined the agency in 2013 to found the MENA team. She was previously a senior member of M:Communications Gulf team and MD of Buchanan Middle East.