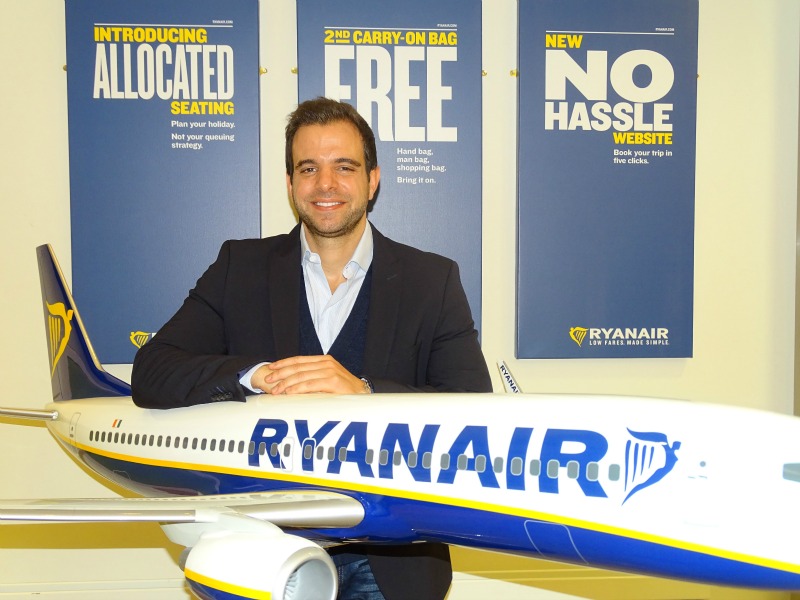 LONDON—Ed Davey, former Secretary of State for energy and climate change, will be joining MHP Communications to provide senior counsel to MHP and across the firm's UK and international clients on sectors including energy, infrastructure and logistics. He served for more than three years as Secretary of State during the coalition government and was also a member of the National Security Council.

DUBLIN—Ryanair has appointed Cristian Samoilovich (pictured) as its first head of public affairs, leading engagements with EU institutions and European governments. He joins Ryanair from Uber, where he was managing European public policy. Samoilovich brings experience in government relations having previously worked for Boeing and Airbus.

LONDON—Four Communications Group has launched Four Consulting, a proposition aimed at delivering key services for clients based on the need for “preparedness.” The new offer will help clients with understanding (services will include internal and external auditing, research, benchmarking and competitor and marketplace analysis); preparing (including media and parliamentary training and communications workshops); resolving (crisis and issues management services); and partnering (sponsorship search and select, sponsorship valuation, CSR and responsible business consultancy).

LONDON—Hill+Knowlton Strategies has been appointed strategic PR partner for Skipton Building Society following a competitive pitch process. The account will be led by Henry Groundes-Peace, associate director of H+K’s financial and professional services practice. The campaign will work to increase awareness of the building society’s 162-year-old values and expertise in financial services.

LONDON—MAG, a leading UK airport group, has appointed Graeme Elliott as group public affairs director, responsible for engaging with national politicians, government departments and other key stakeholders on a wide range of aviation policy issues. Elliott joins MAG from Heathrow Airport, where he was the airport's head of government relations as it campaigned for a third runway to be built as part of the Airports Commission process.

BERGEN OP ZOOM—Cytec Industrial Materials, a leading supplier of composite materials, process consumables and tooling, has appointed EMG to raise its profile in the German and pan-European automotive and materials market. EMG’s initial focus is on development of a proactive media relations strategy and supporting programme centred on creating awareness and understanding of the company’s story and product portfolio.

LONDON—Good Relations has appointed Jesscica Schon as senior associate director in its corporate team, supporting clients including Airbus and assisting with new business development. Schon joins from Red Consultancy, where she was part of the corporate team working with clients such as Molson Coors and Goodman. Before that, she worked for Hill+Knowlton Strategies.

LONDON—Dynamo PR has launched a dedicated virtual reality PR division and has signed leader in visual computing NVIDIA as a founding client. Dynamo will raise awareness of the company’s status as leader in computer graphics and breakthrough technologies. Nick Morey, senior creative manager at Dynamo, will lead the newly formed team, utilising his gaming experience with Sega, Square Enix and EGX.

AMSTERDAM—Lewis has been chosen to handle the PR for Dutch lifestyle brand HEMA, which has nearly 700 stores in seven countries. Lewis is supporting the launch of its fifth UK store, at Stansted Airport.