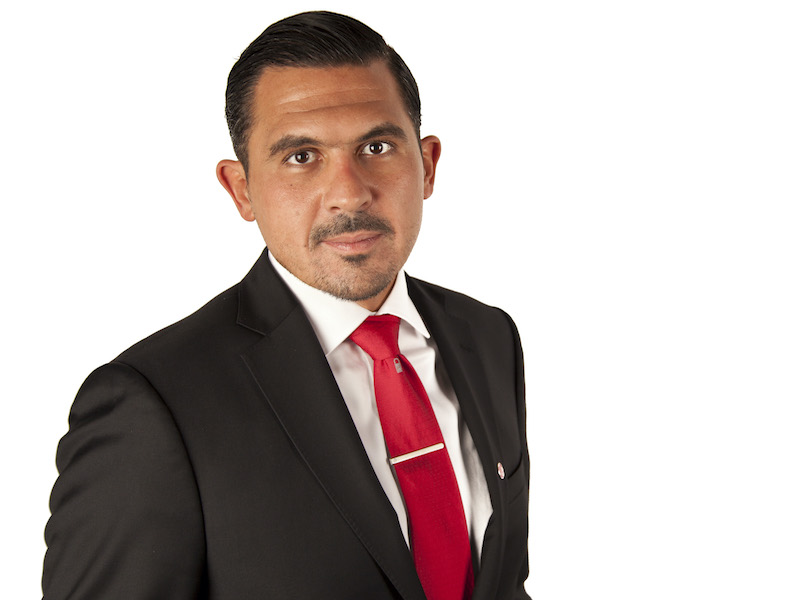 LONDON — APCO Worldwide has named former UK business minister Richard Harrington to the new role of UK non-executive chairman. Harrington has been a senior advisor for the firm since stepping down as an MP after the 2019 general election.

DUBAI — The Public Relations and Communications Association (PRCA) MENA has named Ahmad Itani (pictured), the founder and CEO of Cicero & Bernay Public Relations, as its new chairman. He succeeds Omar Qirem, chief executive officer of Edelman Middle East, who served a two-year term as chair of the organisation and now becomes vice-chairman.

LONDON — Strategic and creative advisory firm Blurred has become a signatory of the United Nations Global Compact, the world’s largest corporate sustainability initiative, committing to align corporate strategies and operations with ten principles on human rights, labour, environment and anti-corruption. Blurred previously committed to only working with businesses that are making an active contribution towards the UN Sustainable Development Goals and was awarded Blueprint Ally status last year for its D&I credentials. In November 2020 Blurred published diversity and inclusion (D&I), net-zero carbon and environmental targets for the business.

LONDON — Mixology Communications has hired technology and B2B specialist James Thorniley as associate director. He joins after two years at Chameleon, where he worked on cybersecurity, fintech, and data centre clients. Thorniley has also worked at Racepoint Global.

LONDON — The PRCA has hired Melissa Cannon as its international director. Cannon was general manager of PRCA Middle East and North Africa (MENA) from 2018-2020, helping the industry body expand its presence in more than a dozen countries in the region. The organisation has also named Rob Colmer, Shell’s global sustainability communications lead, as vice-chair of its PR & Communications Council for 2021.

LONDON — Chris Bath has been promoted to managing director at strategic healthcare communications consultancy Aurora. Bath joined the agency in 2015 and has led the development of Aurora’s digital insights capability and launched its measurement practice, Acumen.

LONDON — Red Lion has won the PR account for new natural wine business Lucy’s Wine. The agency will launch the brand to consumers and the drinks and trade press through a press office, traditional and social media and brand partnerships.

LONDON — Sports nutrition brand Bulk has hired The Romans as its retained PR agency to help it evolve its positioning from a sports product to a lifestyle brand. The brief covers media relations, sponsorship activation and creative brand campaigns.

LONDON — Hope&Glory has been appointed by IKEA-owned TaskRabbit, a global app that connects people with others from their communities who can help with household tasks such as furniture assembly and handy work and moving house. The agency will run the press office and create brand campaigns.

LONDON — The CIPR has launched a new guide, ‘From Comms Professional to CEO’, to help PR professionals make the move into business leadership positions. The guide has been written by Mike Browne of How-Now Communications and includes interviews with CEOs who have a communications background.

LONDON — The PHA Group has been appointed by new wealth management and payments fintech Fortu Wealth, which aims to help high-net-worth individuals manage, invest and protect their money.

LONDON — Stand Agency has been appointed by Oska Bright Film Festival, which celebrates films made by, or featuring, people with learning disabilities, autism or Asperger’s, to deliver a stakeholder mapping and engagement programme. The project aims to build the festival’s network of stakeholders and ambassadors to support its call for greater inclusion across the arts.