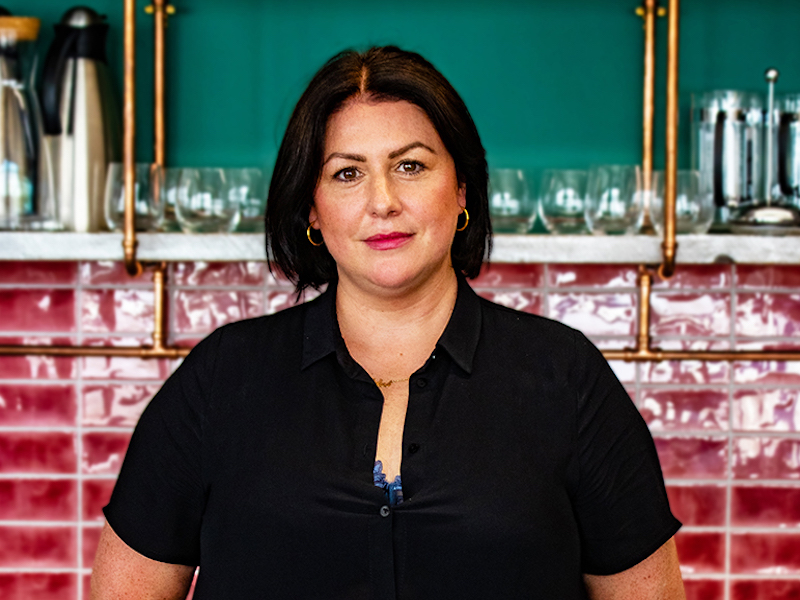 LONDON — Eulogy has hired Edel Collis (pictured) to head its consumer division. Collis joins Eulogy after holding senior director roles at Grayling, Golin and Frank, where she worked with clients across the FMCG, entertainment and healthcare sectors. She is also a former head of influence and advocacy at Diageo’s whiskies division. Eulogy’s consumer and lifestyle clients include Noom and American Express.

LONDON — Engine MHP has been appointed by three new clients on strategic communications and brand-building briefs: developer Churchill Retirement Living; fine wine trader Bordeaux Index; and Waterford Distillery’s Renegade Rum brand. The accounts will be run out of the agency’s brand and reputation team, which, under the leadership of Rachel Bower, has won retainers and project work from Samsung, Hello Fresh, Atos and the Publishers Association over the past 18 months.

DUBAI — New communications agency Tales & Heads has been appointed by European media outlet Euronews to handle corporate and consumer communications in the UK and Middle East after a competitive pitch. The media company has appointed the agency as part of an integrated marketing campaign in the UK, and the expansion of its digital feature-led content which complements its rolling news, broadcast in 12 language editions.

LONDON — New professional social network Polywork has appointed The Academy on a six-figure brief to launch the platform in the London, Los Angeles and New York. Polywork was founded by British entrepreneur Peter Johnston, a former Google designer, backed by the founders of YouTube, Twitter, VSCO, Twitch and PayPal, and has attracted $3.5m in seed funding.

LONDON — Hannah (Hattie) Matthews is joining creative and strategic brand and business building firm ScienceMagic.Inc this August in the newly-created role of chief brand officer. Matthews joins from Karmarama, part of Accenture Interactive, to lead the ScienceMagic.Inc brand business and management team. She will be responsible for identifying growth opportunities, driving commercial success and the agency’s client service offering. She will report into CEO David Pemsel. ScienceMagic.Inc was launched in October 2020 by David Pemsel, former CEO of Guardian Media Group, with Julietta Dexter and Daniel Marks, formerly of The Communications Store. The company was awarded B Corp certification in February 2021.

LONDON — Talker Tailor Trouble Maker is introducing additional paid leave policies for all staff, including pregnancy loss (miscarriage or abortion), allowing either partner to take a minimum of two weeks paid leave at any stage of pregnancy. The new policies include two weeks paid leave support for staff members requiring time off work for fertility treatment and for those transitioning gender. The agency has also formalised its ‘period policy’ in which staff suffering from menstrual or menopausal pain, discomfort or who are in need of treatment are entitled to work from home or take an additional five days’ paid leave on top of the company sickness policy.

LONDON — The World’s 50 Best Restaurants awards have named Finn Partners as lead global communications agency. The work will be led by the agency's consumer team in London.

LONDON — B-Corp PR agency Gong Communications has been appointed to provide local and international PR and communications support for the Seed Awards for Entrepreneurship in Sustainable Development. Designed to identify the most innovative, locally-led, eco-inclusive, start-up enterprises in developing and emerging economies. Seed was founded at the 2002 World Summit on Sustainable Development in Johannesburg as a global partnership for action on sustainable development and the green economy.

MANCHESTER, UK — Brazen has been appointed by Vital Life as its retained PR agency for the launch and on-going support for its range of hand sanitizer products. The partnership will start with the launch of the Viacom range of children’s hand sanitizer featuring PAW Patrol and Baby Shark to the trade and business press.

HAMPSHIRE, UK — Jargon PR has been hired by 4D Data Centres to drive market awareness of the business and thought leadership within the technology and data industry with content and media relations-led campaigns, including around trends, challenges, digital transformation and sustainability.