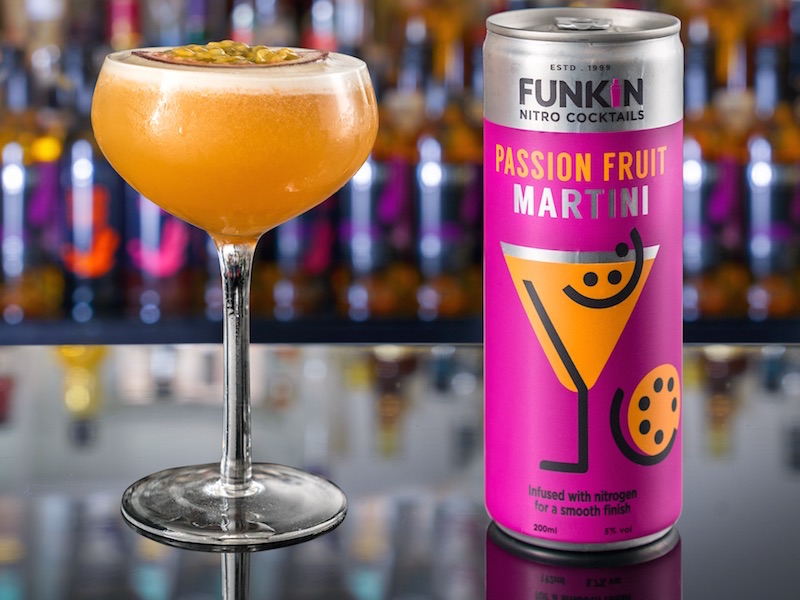 LONDON — Kekst CNC – the financial and corporate communications agency created last October through the merger of Publicis agencies Kekst and CNC – has hired Julia Klein as its first head of global marketing. Klein joins from management consultancy Oliver Wyman, where she was EMEA marketing and communications director.

LONDON —Food and drink communications agency Palm PR & Digital has been appointed by cocktail ingredients company Funkin Cocktails (pictured) to manage its consumer PR. The agency will increase brand awareness and trial of Funkin’s core range, launch its new Nitro Cocktails range of nitrogen-infused cocktails in cans (pictured) and support distribution growth, including reviews and an event to celebrate the brand’s 20th anniversary.

LONDON – Engine agency MHP has strengthened its health practice with the appointment of two senior specialists in global healthcare and patient advocacy programmes. Arabella Moore joins the team as a director after leading global communications, advocacy and partnership initiatives for corporate and non-profit organisations, most recently the GSK-Save the Children Partnership. Jonathon Sheppard joins MHP as a director from the MS Society, and will advise clients on their approach to building stronger programmes working with patient advocacy groups. Both will report to Kate Pogson, who was promoted to lead the practice 18 months ago.

LONDON — Sophie Bannister, head of Talk Production, the experiential and content arm of Talk.Global, has joined the Talk.Global board of directors, as the agency continues to embed experiential and creative into its client offering. The division has also recruited Rebecca Hoffman as campaign and events Director from Hearst events, where she worked across titles including Harper’s Bazaar and Esquire. Senior copywriter Elisse Ahmet has also been integrated into the team to support its digital, content and creative work, as well as brand strategy.

MOSCOW — Global Women in PR Russia has surveyed female PR practitioners on gender stereotypes in the communications industry in Russia, and found that 41% believe there is gender inequality at a country level, while 34% think it exists, but outside of their own organisations. Only 18% said there was no gender inequality in Russia, and 37% of respondents said they believed they had been denied a job because of their gender.

LONDON — Consumer PR agency PrettyGreen has promoted Lucy Mart to communications director to strengthen the leadership team on the back of new client wins including Three. Mart will lead the communications team and support MD Sarah Henderson with the direction and growth of the agency.

LONDON — Mc&T has partnered with three London creative institutions on a ‘Makers in Residence’ programme this summer. The agency will offer graduates from the University of Westminster, Kingston University and Ravensbourne University London – including wrtiers and graphic and UX designers – a three-month residency at its offices, supported by workspace company Soho Works. The scheme will give the successful applicant access to Mc&T clients and a mentoring programme that incorporates PR, marketing, design and brand strategy development, as well as an expenses bursary.

LONDON — B2B communications agency McOnie has been acquired by the Thunderbird Group. McOnie, established in 1990, has worked for industrial and technical brands, with a specialism in safety. McOnie MD Sarah McOnie said: “This acquisition will enable us to continue our growth, whilst maintaining our strict focus on safety, by investing to broaden our range of services and continuing to hire top quality communications talent.”

LONDON — The Public Relations and Communications Association (PRCA) has announced a global membership drive for agencies and practitioners around the world. Inaugural PRCA International members include Action Global, Golin and Weber Shandwick. The association has also launched a new chapter in Lebanon as part of PRCA MENA. The group will be chaired by Beirut-based Suzanne Talhouk, Levant general manager at H+K Strategies; Joumana Rizk-Yarak, MD of Mirros; and Myrna Abou Mrad el Khoury, CEO, The Full Circle.

MANCHESTER, UK — As an extension to its current communications remit with transport provider Stagecoach, Tangerine has been appointed to deliver a city-wide project in Carlisle for one of its northern operating companies, Stagecoach Cumbria and North Lancashire. Tangerine will raise brand awareness and work with the in-house team to develop partnerships with local SMEs and corporates, including social ads, experiential, grass roots community activity and media relations.