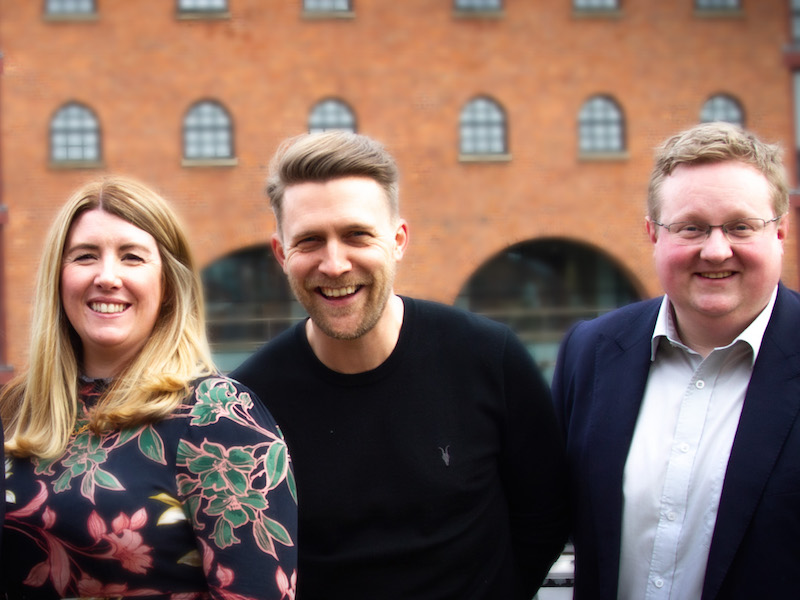 MANCHESTER — Grayling is expanding its capabilities in the north of England, including consumer practice lead Kat McGettigan (pictured, left), who joined two years ago, relocating from London to Manchester. The Manchester office – one of nine across the UK – will now replicate the full-service offer of Grayling’s London HQ, including consumer brand, corporate, public affairs, experiential and digital services for clients including M&S, BT, Visa and HSBC. McGettigan will join Christopher Peacock (right), a former local councillor and mayor, who will lead Grayling’s public affairs offer in the city, as well as additional account handling hires, which take the team to 12. The Manchester and Leeds offices will be supported by Grayling’s central Ignite creative services team, led by head of strategy and planning Nathan Kemp (centre).

LONDON — Greenhouse PR, which specialises in working with clients who are pioneers in social and environmental change, has hired BCW board director and chief integration officer Jo Swift to the new role of managing director., to oversee its London and Bristol offices.

LONDON — Good Relations has appointed Brands2Life joint executive creative director Ollie Edwards, who has been at the agency for 12 years, as its new earned creative director. Edwards has worked on campaigns for brands including Virgin Media, Barclays and John Lewis. He joins a team of 10 creatives at Good Relations, led by ECD Ben Winter.

LONDON — Fabric manufacturer Stretchline, which created the first global brand of elastic, has appointed John Doe as its global strategic PR agency after a competitive pitch run through Creativebrief. It is the first time Stretchline has engaged in marketing communications outside of B2B. The agency’s remit includes brand awareness and reaching new online audiences in the UK, EMEA, US and China markets.

MANCHESTER — Health and safety, employment law, and HR consultancy Citation has retained Smoking Gun to manage its media relations and strategic campaigns, with the aim of raising the brand’s profile among SMEs via the trade, business and consumer media, educating employers and employees on legal and HR workplace best practice, and positioning Citation as an authority on topics such as the Government’s Good Work Plan for the future of the job market.

HAMPSHIRE, UK — B2B agency Jargon PR has been appointed by Promethean, an online platform for programming interactive overlays for live and on-demand and video. The agency has been tasked with establishing Promethean as a leader in the broadcast and AV industry, via a media relations campaign and thought leadership.

LONDON — Video-editing platform Binumi Pro has launched an AI-powered content management system to make professional-standard video production accessible for businesses and teams of all sizes. The company’s new video storage ecosystem, The Reef, allows users to create, collaborate and curate content securely, including automatic transcribing of audio and facial recognition software. The Reef has been launched alongside a new, compact Storytelling Kit in a box, which enables anyone to shoot handheld smartphone videos to a professional standard.