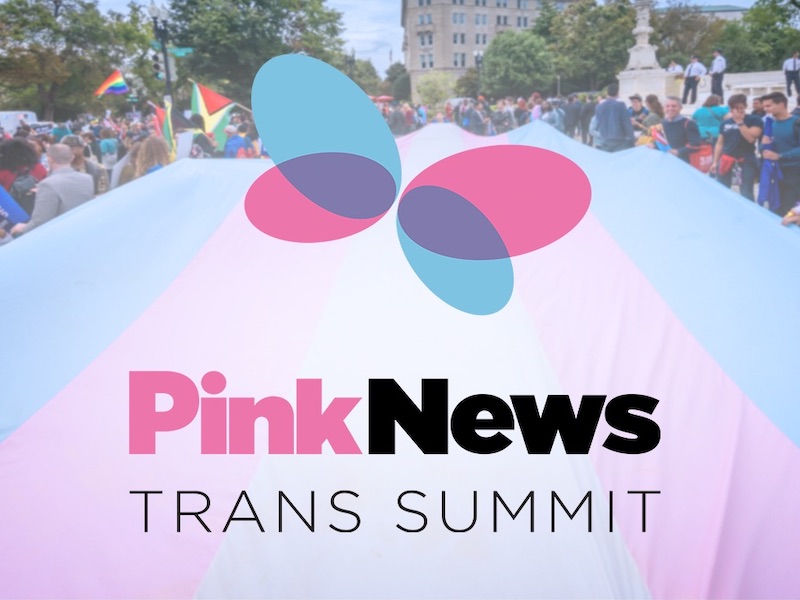 LONDON — PinkNews, the leading media brand for the global LGBT+ community, has appointed Talker Tailor Trouble Maker as its sole PR shop, after a competitive pitch. The agency will start work by supporting PinkNews’ inaugural global, digital Trans Summit this month (pictured). PinkNews is Snapchat’s LGBT+ content partner with over 5.5m subscribers across nine Snapchat offerings; the agency will work with the brand to support its events, awards, social, news and features in mainstream media.

LONDON — Clarity has added to its senior leadership team, hiring Amy Grimshaw as associate director to boost its offer for VCs and lead its offering for early-stage business in Europe. Reporting to Clarity’s EMEA president Rachel Gilley, Grimshaw joins from startup accelerator Founders Factory, where she was responsible for global corporate communications and PR support for its startup portfolio, working with Brent Hoberman and Henry Lane Fox.

LONDON — Instinctif Partners has made two senior promotions in its UK team. Damian Reece, a former head of business at the Telegraph Media Group, becomes senior counsel for strategic client advisory in corporate affairs, while Jeremy Durrant has been promoted to chief UK media strategist across all Instinctif’s UK teams, including corporate and campaigns, capital markets, strategic advisory services and public policy.

LONDON — SteelEye, which was set up in 2017 to enable global financial firms to manage regulatory obligations through a single platform, has appointed brand building, communications and analytics agency Boldspace as its retained PR agency after a competitive pitch. Boldspace will deliver strategic communications support and press office, as well as using its technology platform, BoldLens, to monitor, track, predict, and react to developing trends. SteelEye raised $17m in Series A funding in 2020.

JERUSALEM — IMP International has joined the Eurocom Worldwide network of independent agencies. IMP is a full-service PR and marketing agency specialising in taking companies and their products to the global Jewish market as well as to niche markets in Israel. The agency is the commercial media representative in Israel for the New York Times, the Times of India, the Daily Telegraph, the Khaleej Times, The Gulf News and Jewish publications worldwide.

LONDON — Hume Brophy has hired its first group director of digital strategy. As well as pioneering the BBC’s use of online discussion forums, Robin Hamman has held senior digital roles at Edelman and FleishmanHillard and has consulted for a variety of in-house and agency teams on digital strategy.

LONDON – Blurred has hired Tom Fern as consulting director. He joins from the Institutional Investors Group on Climate Change, where he was head of communications.

LONDON — Paddy Blewer has been appointed director of public affairs at the International Gas Union. He joins from Henley & Partners, where he was group head of marketing and communications.

BIRMINGHAM, UK — Specialist built environment communications agency BECG has appointed Verity Barr as a director to lead its Birmingham office. Barr joins BECG from Camargue and brings more than 20 years of experience in built environment communications across the energy and housebuilding sectors. She will lead BECG’s work in the Midlands for supermarket chain Aldi and property developer St Modwen, alongside new account director Adam Farrell. BECG has also promoted Matthew Crisp to director in its Manchester team.

BUDAPEST — The Hungarian PR market shrunk by only 9% during 2020, according to new figures from the Hungarian Public Relations Association (HuPRA). This puts the value of the industry in Hungary at €36.9 million. The decline is lower than expected: the association was predicting losses of 20% to 40%.

LONDON — The PHA Group has picked up two new clients: its entrepreneurs and business division will be working with InstaVolt, an owner-operated network of public rapid electric vehicle chargers, on a press office and strategic communications brief to promote the company to consumers across the UK. The agency is also working with mobile marketing consultancy ConsultMyApp – used by brands including King.com, PureGym, O2 Priority and Deliveroo – to manage its UK communications strategy.

MANCHESTER — Be The Best Communications has launched a new data-led digital PR and marketing division, Search PR, in response to client demand for digital services, after revenue increased by more than 80% in 2020. Search PR combines multiple digital disciplines into one offering, including link building, SEO, social listening, search listening, and data analytics.