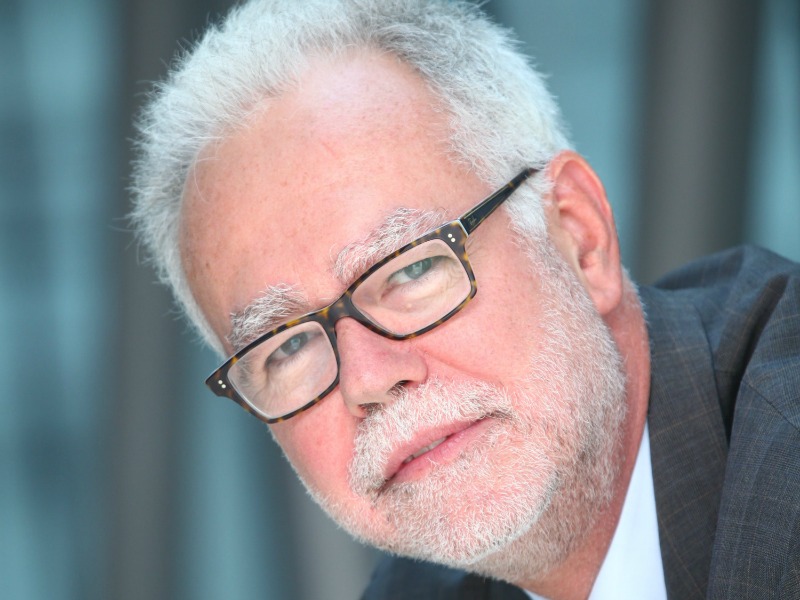 MADRID—Llorente & Cuenca, a leading reputational management, communication and public affairs consultancy in Spain, Portugal and Latin America, has completed the acquisition of Impossible Tellers, an eight-person firm created by Goyo Panadero and Ana Folgueira that offers specialised advice and consultancy on communication and brand strategy, transmedia storytelling and change management for corporate executives. L&C has acquired 70 percent of Impossible Tellers, which will continue to operate under its own brand and existing management.

VEVEY—Eugenio Simioni has been named senior vice president and director of corporate communications at Nestlé. He reports to Nestlé CEO Paul Bulcke and replaces Rudolf Ramsauer, who is retiring. Simioni was most recently market leader for Nestlé Switzerland and has a 25-year history with the company, in auditing and management roles.

BRUSSELS—Hill+Knowlton Strategies has hired Alain Berger (pictured) as executive strategy director in its Brussels office. Berger joins H+K from Alstom where he was head of the Brussels office and senior vice president for European Affairs. Before moving to Brussels, he was the president and CEO of Alstom China in Beijing. In his new role, he will lead the Brussels H+K teams working for energy, industry, telecom and transport clients.

LONDON—Scott McKenzie, director and head of change and employee engagement at Lansons, has been promoted to the management board. McKenzie joined Lansons as a board director in December 2012, having previously served as head of change and internal communications at Hill & Knowlton. He has also held various roles at Royal Bank of Scotland Group.

LONDON—Cohn & Wolfe has been appointed by Global Blue, a leader in tax free shopping, to support the planning and implementation of a global PR programme to increase awareness and understanding among retailers and consumers. The programme will target a global audience and will support Global Blue’s growth in key markets across Asia, Europe and the Americas.

BERLIN—Global social media agency We Are Social has launched in Berlin, with Reebok as its founding client. The office is the agency's 11th globally and its second in Germany, after it launched in Munich in August 2011. We Are Social in Berlin launches with a team of four, including senior strategist Jason Rieff, who joins the agency from Publicis Groupe in Munich, where he was a senior digital creative.

LONDON—Mischief has been appointed as the UK consumer PR agency for innovative snacking brand popchips, following a competitive pitch process. The agency's first activity for popchips is a campaign to earn attention for two new Limited Edition artisan flavours, which hit the shelves this autumn.

LONDON—6SigmaET, a next generation thermal simulation software company, has appointed technology PR agency Wildfire to raise awareness of its tool among designers of electronic components and products. Wildfire will work with 6SigmaET's in-house team to engage with core audiences, building the company's authority in the market, and attract new customers.

LONDON—We Are Social has expanded its creative team with the appointments of David Feldman and Pat McCaren join the agency as associate creative directors. Feldman joins from Iris Worldwide, where he was deputy creative director working on brands including MINI, Domino's, Nectar and adidas. McCaren previously held senior creative and strategist positions at Dare, DLKW Lowe and the BBC.

CARDIFF—Freshwater has appointed Saffron Pineger to lead its healthcare team and provide senior specialist advice to clients in the NHS and more widely. Pineger, who will be based in the agency's central London office, was formerly head of media at Imperial College Healthcare NHS Trust, one of the country's largest acute NHS hospital trusts incorporating St Mary's, Hammersmith and Charing Cross hospitals.

LONDON—Aegis Data has appointed Spreckley as its retained PR agency in the UK, as part of a strategy designed to capitalise on increased demand for colocation services. Spreckley was appointed to execute a comprehensive PR programme, which will position Aegis as a leading expert and thought leader within the colocation industry and the vertical markets it serves.

LONDON—Cognito, a specialist communications consultancy for the financial services industry, has appointed Mike Almandras as its new finance director and company secretary. Almandras most recently held a senior position at News UK, and was formerly with agency network BBDO and Condé Nast. He originally trained at KPMG.