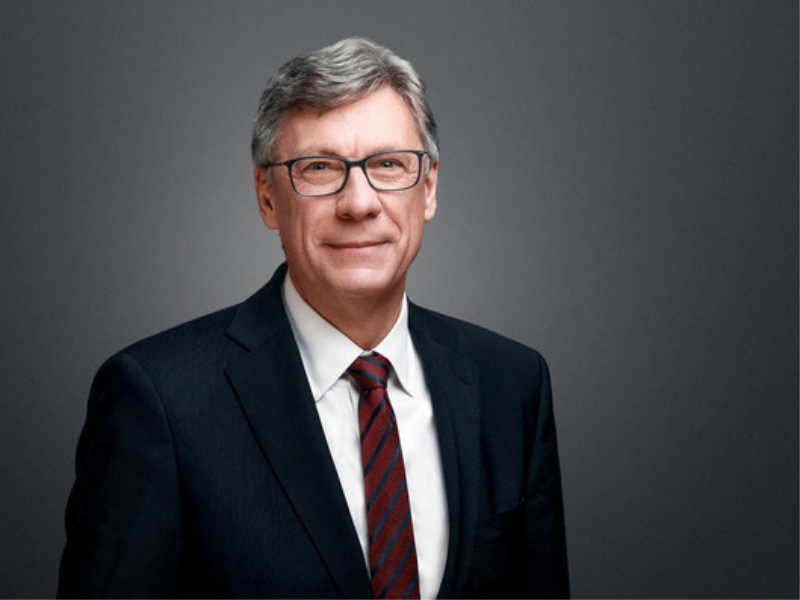 MUNICH — Vorwork, the 136-year-old distribution company, has handed its global PR business to The Serviceplan Group. The Serviceplan Group's specific objective is to develop the corporation's new brand strategy and to translate it into communication measures across all touchpoints, both internally and externally. In addition to a global governance structure, the planned measures include the implementation of a worldwide brand tonality, a new corporate identity and global communications campaigns for all product brands. The Serviceplan Group is also developing guidelines for all digital platforms and for a uniform store concept.

BERLIN — Hering Schuppener Consulting has hired government healthcare leader Lutz Stroppe as a member of its corporate affairs team. Since 2014, Stroppe (pictured) has been state secretary at the Federal Ministry of Health, responsible for setting the course for central regulatory areas and for the international coordination of German policy positions. Previously, he spent four years at the Federal Ministry for Family Affairs, Senior Citizens, Women and Youth, most recently also as State Secretary.

LONDON — Archetype has appointed Simone Whitfield as head of strategic communications in London. She joins the agency with a remit to inject new thinking and inspire the London office with a fresh approach to building brands. Whitfield most recently was an independent consultant providing senior strategic counsel to clients including the Lawn Tennis Association and Which? on corporate strategy and reputation risk, and was a director at H+K Strategies before that.

BELFAST — Integrated comms agency Beattie has announced a merger with Belfast-based PR agency Serious. The new company will be called Beattie Ireland and will be led by Serious founder David McCavery, who said he planned to create six new posts in Dublin and Belfast within six months of launch and then a further 14 roles over the next three years to bring the total number of Irish-based employees to 26. It is Beattie’s second joint venture: the agency set up Beattie Tartan in Canada two years ago. Headquartered in London, Beattie has UK offices in Birmingham, Manchester, Leeds and Glasgow as well as Toronto, Victoria and Vancouver in Canada, and employs 130 people globally.

LONDON — TVC Group has won an integrated brief to launch BeatOrbit, a new immersive communal drumming experience. Founded by Hungarian entrepreneurs Laszlo Budai and Attila Nagy, BeatOrbit is based on the idea of traditional drum circles, but with concert-grade audio and 360-degree panorama projections in four London music studios. TVC has been briefed to help drive bookings and create engagement, while building a new indoor entertainment category. Launch activity will kick off in October.

LONDON — Food delivery company Deliveroo has hired a new head of public affairs. Giles Derrington joins the firm from lobbying group TechUK, where he worked on Brexit and international and economic policy.

LONDON — The International Communications Consultancy Organisation (ICCO) has named Christina Forsgård as its first ethics chair as part of its ongoing drive to improve ethical standards in PR. Forsgård is the founder of Finnish agency Netprofile, is a marcomms technology investor and was awarded a National Security Award for designing a ground-breaking cyber security and disinformation training course. She assumes the role ahead of ICCO’s annual ‘Power of Ethics’ campaign in September. The move comes as part of ICCO’s strategy to work with other sectors to educate the public, businesses and PR professionals around misinformation, disinformation and malinformation.

LONDON — Alpaca Communications has won the retained PR account for new women’s members network DrivenWoman. The agency is tasked with building the brand in the media and among corporate audiences. DrivenWoman aims to make personal development accessible to women of all backgrounds and across all organisational levels. The platform joins other female-led clients at Alpaca including over-50s dating app Lumen, The Luxury Student and LYNK Matchmaking.