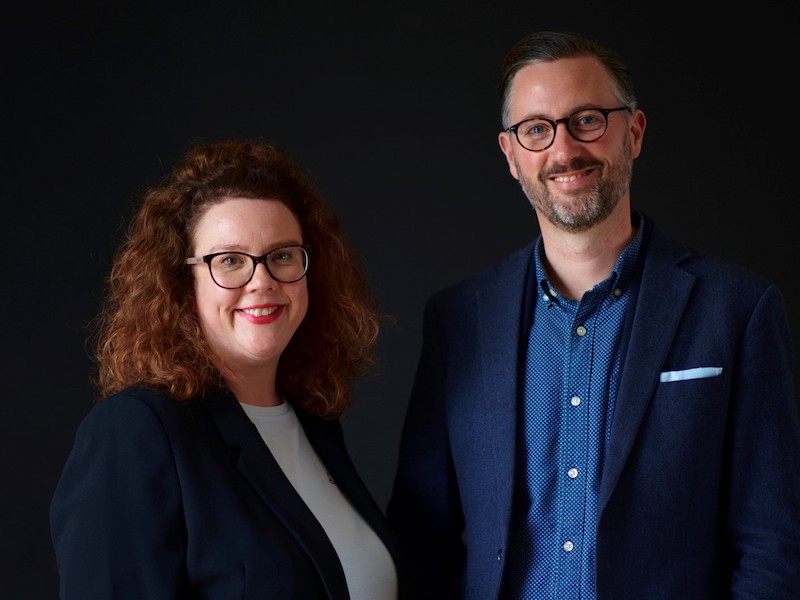 LONDON — Start-up accelerator Techstars has appointed Matthew Grossman to the new role of chief brand and communications officer. Grossman joins after 11 years at The Walt Disney Company, where he was latterly VP of corporate communications, PR and corporate citizenship for EMEA, and general manager of Disney Healthy Living. He also spent several years at Edelman in a senior international corporate role.

BRUSSELS — Hill+Knowlton Strategies has hired Carmen Bell as a director in Brussels. A qualified lawyer, Bell brings to H+K more than 12 years’ experience in EU public affairs, with a strong background in financial services, digital and sustainability policy, transport and media. She joins H+K after three years at Portland Communications (formerly GPLUS), before which she had contributed to the expansion of Global Counsel’s Brussels office as its EU policy practice lead. She also spent several years representing industry body Insurance Europe in EU-level expert groups and helping steer its campaign for the UN Paris Agreement on Climate Change.

LONDON — Ogilvy PR UK has added a new creative duo. Lucy Baker joins from The Romans, where she was a senior creative. Baker previously worked at M&C Saatchi PR and is the author of 'Swipe Left’, a book about app dating. Sara McAlpine, the former fashion features editor at Elle magazine, also joins as senior creative. She has worked at the Guardian and the Telegraph and will continue in her role as Cloakroom Magazine’s senior editor.

LONDON — The PR Office has hired Philip Rosenberg, currently director of public affairs at the Board of Deputies of British Jews, as an associate director. He will join the corporate and financial communications and public affairs agency in January 2022. Rosenberg has played a leading role in the UK Jewish community’s response to antisemitism in the Labour Party, Brexit and the pandemic in his eight years at the organisation. He was previously a councillor for the London Borough of Camden.

LONDON — Former Berkeley Communications managing director Lynsey Barry and director of strategy Pat Southwell (pictured), have founded a B2B and technology PR agency. The duo said their new agency, Five not 10, is “obsessed with simplicity”. As well as media relations, Five not 10 will offer content creation, crisis comms, social media strategy, digital and design. Barry and Southwell began working together at The Red Consultancy in 2009, after which they teamed up again at Berkeley Communications, where Barry worked for nearly seven years until this month. Southwell had been a managing partner at McCann since 2019.

LONDON — Red Havas has joined forces with UNHCR, the UN Refugee Agency to launch a podcast series to mark its 70th anniversary. The seven-part series, Forced to Flee, will showcase the stories of past and current refugees around the world, from the Soviet invasion of Hungary in 1956 to the fallout from the conflict in Vietnam, through to today’s emergencies in Syria, Venezuela, the Sahel and beyond. As well as developing the series, artwork, microsite development and managing global distribution, Red Havas is also responsible for social and PR amplification.

LONDON — Brand activism agency Don’t Cry Wolf has hired Matt Hocking as non-executive director, sustainable delivery. Hocking, who runs design agency Leap, one of the UK’s first B Corps, will be focused on helping Don’t Cry Wolf to improve its B Corp certification score, hitting its science based targets and developing initiatives that will help to reduce the environmental footprint of campaigns and communications programmes. Hocking is the third external member of the board, joining Stephen Waddington of Wadds Inc. and Amy Barber of Tangle Teezer, a Don’t Cry Wolf client.

BRUSSELS — Former Irish ambassador Declan Kelleher has joined APCO Worldwide as a senior advisor. Kelleher will provide APCO and its clients with strategic counsel on a range of regulatory, policy and political issues, including trade dynamics between the European Union, the US and China. He was the Irish ambassador to the European Union in Brussels from 2013 to 2020, and to the People’s Republic of China from 2004 to 2013. He has also been posted to the Embassy of Ireland in Washington DC and to the UN in New York.

LONDON — Current Global has launched a 21-day challenge designed to give people information and hands-on practice to make their communications accessible to people with sight, hearing and cognitive disabilities. The agency will post a daily challenge on its social channels to help people understand how easy it is to create accessible content. The challenge will also be hosted on www.accessible-communications.com. At the end of 21 days, participants will earn a digital badge to show they are supporting Accessible by Design.

LONDON — The Public Relations and Communications Association (PRCA) has set up a Global Advisory Board to expand its international operations. The board, whose inaugural members include senior leaders from agencies around the world, will work closely with international director Melissa Cannon. The PRCA will continue to manage ICCO, the global network of PR associations.

LONDON — Kindred has been appointed by dog welfare charity Dogs Trust to help launch a census of dogs and dog owners in the UK, the inaugural National Dog Survey. The agency’s remit includes development of a communications campaign to encourage dog owners to complete the survey and amplify the findings through influencer and social activity. The agency has also been appointed by Italian pasta restaurant chain Miscusi to launch its first restaurant outside of Italy, in London’s Covent Garden, after a competitive pitch. The agency’s remit includes media relations, press office, social media strategy, community management, influencer marketing and advocacy.