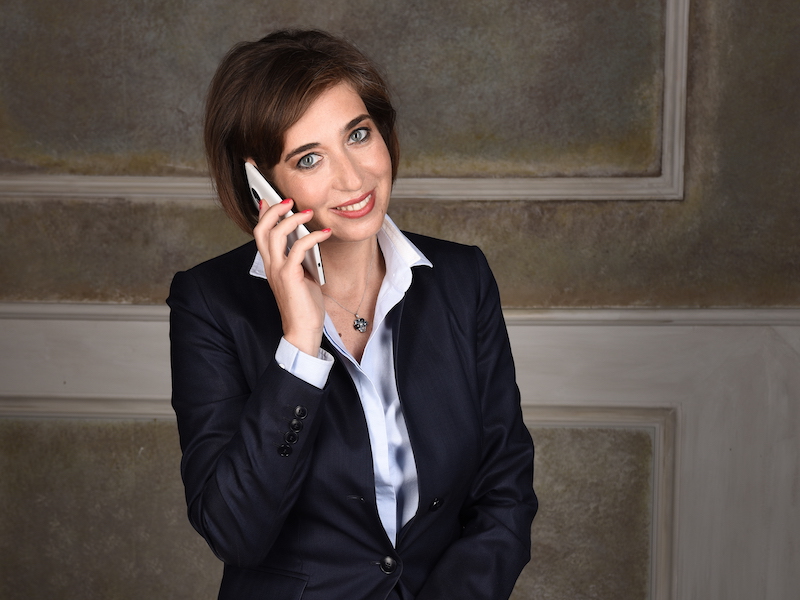 AMSTERDAM — Global provider of connectivity and internet services Veon, Europe’s fourth-largest mobile network operator, has hired Marina Levina from Microsoft as group communications director. Levina (pictured) had worked at Microsoft for more than 12 years, latterly as head of regional communications in Asia-Pacific, based in Singapore. She was also director of communications and philanthropies, based in Moscow. Before Microsoft, she was at Ericsson for 14 years, including as vice president of marketing and communications in Eastern Europe and Central Asia. In her new role, Levina’s responsibilities will include strengthening the Veon brand.

BERLIN — Teneo has appointed Dominik Cziesche as a managing director in its German office. Cziesche will join the firm’s Strategy & Communications Advisory in January 2022, based in Berlin. As an independent consultant for the past six years, he has advised clients from the private and public sectors on reputation, crisis, and change communications. Cziesche started his career as a staff writer at Der Spiegel. He subsequently served as a management consultant at Boston Consulting Group, a director at Brunswick, and as deputy chief of staff to the former opposition leader in the Bundestag and current German president Frank-Walter Steinmeier.

LONDON — Hanover has promoted Alex Davies, Emma Gorton and Emma Eatwell to deputy managing directors of its health practice. The promotions come after the agency’s healthcare communications practice grew by 35% last year. Healthcare now represents a third of Hanover’s business, including the health and public affairs team, previously headed up by Davies and Gorton, along with the international policy and market access practice in Brussels, run by Eatwell. The trio will support Andrew Harrison, managing director of Hanover Health.

LONDON — Publicis Groupe has hired Mark Thomson as its first chief data and commerce officer across its Influence division, which includes MSL, Taylor Herring and Salterbaxter. Thomson joins from WPP agency SJR in a role focused on data insight, after MSL launched its Belief Stack data-driven insights platform at the start of this year.

LONDON – Strategic communications consultancy Kekst CNC has hired Robin Pagnamenta, the former head of technology at Telegraph Media Group, as a director in London. Pagnamenta has worked in financial journalism for more than 20 years, including as deputy business editor at the Times, where he worked for 12 years. He has also worked for the Sunday Express, Evening Standard and FX Week.

LONDON — Battenhall has made five appointments in the UK and the US. Lucinda Tedder joins as associate director in London with responsibility for growing existing clients and expanding into new sectors. Molly Redmond joins as account director in London to focus on data and insights, content development and social media strategy. She will also join the agency’s diversity and inclusion taskforce. Christopher Buttigieg joins in the newly-created role of studio manager, to integrate the agency’s creative design team with its client and innovation teams and oversee its video production unit. In the US, Laurel Munshower joins as account manager on the East Coast and Jane Fensterstock joins as account manager in Los Angeles.

LONDON — Daisy Pack is joining Hunter as its managing director in London, overseeing the agency’s UK practice. Pack was formerly a director at Citizen Relations for more than four years, and has experience across consumer lifestyle and B2B thought leadership. She was also an associate director at DeVries Slam, Ketchum and Publicasity.

LONDON — Performance PR and reputation management agency Digital Trails has made two senior hires: Jack Oakley joins as client and business director to lead operations in the UK, while Helena Duro will lead marketing and branding across UK and European markets. Oakley was most recently performance content director at Havas Media, while Duro has led multi-channel marketing initiatives for brands such as The Guardian Jobs, RBS, and Tobacco Dock, as well as specialising in content marketing and social media strategy for start-up brands. Another new hire, Sidse Sorensen, joins the agency as digital PR specialist. The appointments come at a time of expansion for Digital Trails, which has set up European operations in Amsterdam this year to service European markets including the Netherlands, Germany, France, Italy, Spain and Poland.

LONDON — Social purpose strategy firm Purpose Union has hired Alysa Remtulla and Jinan Younis as directors. Remtulla joined in September after a lengthy career in the charity sector, including leading the policy and campaigns team at Magic Breakfast, a national food insecurity charity, and leading the advocacy team at HIV/AIDS charity STOPAIDS. Younis, a diversity, equity and inclusion specialist, joins from The Baobab Foundation, and also spent three years at advertising firm WPP, where she led marketing for the government and public sector practice and co-led its ethnic and cultural diversity network, WPP Roots.

LONDON — Element Materials Technology has appointed Lee Andrews as group director of corporate affairs and ESG to bring greater focus to its critical communications and sustainability work. Andrews was most recently vice president of North America corporate affairs for Mars, where he spent 25 years leading teams across the Americas and Europe in communications and sustainability, marketing, sales, procurement and supply chain. He will join Element’s operating board.