Please refer to our Privacy Policy for important information on the use of cookies. By continuing to use this website, you agree to this.
Home Latest Employers Seen As Most Credible Sources Of Coronavirus Information 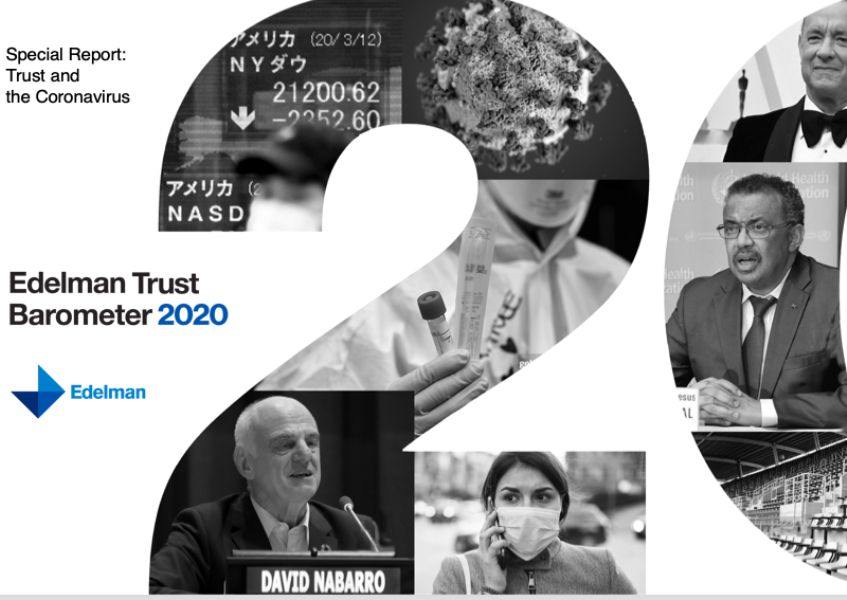 Employers Seen As Most Credible Sources Of Coronavirus Information

NEW YORK — With trust in institutions down, employees are turning to employers to provide credible information on the coronavirus, including its impact on life beyond the company walls, according to a special Edelman Trust Barometer study.

63% of respondents said that they believe coronavirus information provided by their employers after seeing it once or twice, versus a government website (58%), a health company website (56%), traditional media (51%) and social media (28%).

Respondents also have confidence in their employers’ ability to act, with 62% trusting their employers to respond effectively and responsibly to the crisis.

49% of respondents (10,000 people in 10 countries) believe their employers are better prepared to handle the viral outbreak than their countries, which are supported by 43% of participants. That stat was based consumers giving companies higher marks than governments for preparedness in eight of the countries surveyed — Japan, South Africa, US, Brazil, France, Italy, South Korea and the UK; only Germans and Canadians see their countries as better prepared.

63% are also looking for daily updates from their employers — and they expect information on topics from the number of colleagues who contracted the virus (57%) to how the virus is affecting their organization’s ability to operate (53%). Other issues they want employes to address include where to get tested for the virus, measures to stop its spread and travel restrictions.

At the same time consumers are holding companies to a high standard, the research reveals.

All of which reflects consumers’ hunger for information, with the research finding that seven out of 10 people are following coronavirus news daily.

The proportion of individuals getting that information from major news outlets (64%) is much higher than those getting it from national governments (40%), social media (38%) and global and national health organizations (34% and 29% respectively).

Still, 74% worry that the proliferation of fake news and misinformation is making much of the information unreliable, and 58% are concerned that the virus is being politicized. Which is why consumers want regular guidance from authorities they trust most including scientists (83%), their doctors (82%), the CDC (75%) and WHO (72%).

The findings are in line with Edelman’s annual 2020 Trust Barometer released in January, which found, for the first time, that business is seen as the most trusted institution by 58% of respondents. Government, NGOs and the media are the other three that were ranked.