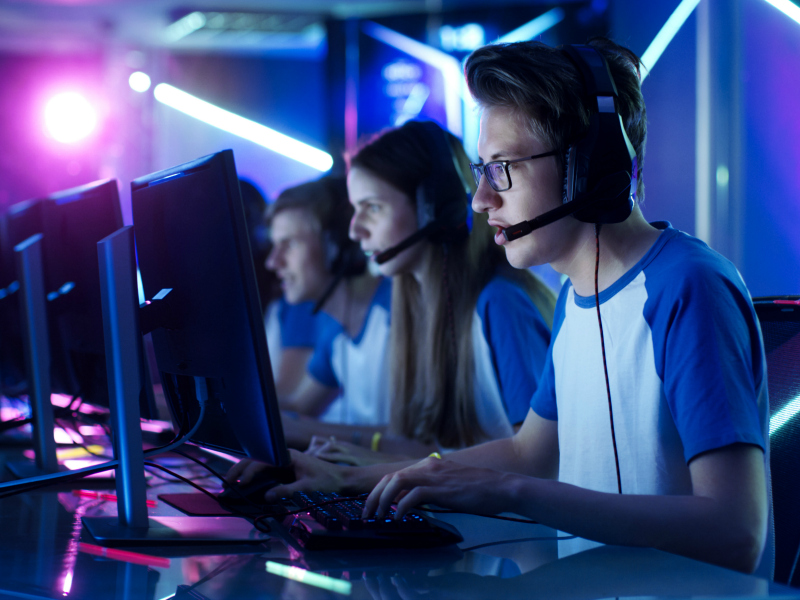 All in all, esports influencers may offer brands some of the most appealing prospects in contemporary marketing.

Brands trying to connect to the booming esports market are finding great opportunity as well as considerable unfamiliarity.

One of the main differences with other sports marketing is the importance of influencers, says Brianna Kauffman, vice president of digital strategy at New York-based sports and entertainment PR firm Taylor.

“Unlike traditional sports, esports do not get as much traction or strength of coverage in mass media, so consumers are going to influencers for updates and information,” Kauffman explains. “Brands see influencers as a way to connect with a cultural community and do it in a way that lends the brand credibility in a space where they otherwise wouldn’t have license to play."

With research firm Newzoo forecasting that the global esports business will grow 38% in 2018 and top $1.4 billion in 2020, marketers are willing to attempt the learning curve. Brand investments in the space are forecast to grow by 48% in 2018 alone, according to Newzoo.

For marketers, esports influencers offer compelling appeal. “The biggest thing that distinguishes them from traditional sports influencers like Odell Beckham and Eli Manning is the consistent conversation they can have with their community,” says Chris Mann, vice president of marketing and partnerships at San Francisco-based NRG Esports.

While 18-to-35-year-old males don’t watch TV like older generations, they spend vast amounts of time viewing gameplay and other content on streaming platforms, especially Twitch, Mann says. And influencers are active at creating content for those platforms, a combination that connects them tightly to fans.

“There are a lot of unique opportunities,” says Tyler Schrodt, founder and CEO of Electronic Gaming Federation, a New York-based operator of high school and collegiate esports leagues. “It’s a really sought after demographic, there are a lot of cool ways to engage with them, and the way we engage with them creates organic collaborative opportunities.”

Perhaps the best way to get a feel for esports influencer marketing is to look at examples. Some include brands with long experience in traditional sports marketing using both new and familiar techniques to enter this new arena.

“Brands like Coca-Cola, Adidas and the NFL have opted to use co-branding to extend their presence in the esports world,” Kauffman says. “We’re seeing a lot of co-brand crossover appeal within the traditional sports properties, where traditional athletes and assets become a valuable way to reach audiences across both worlds.”

A deal between the NFL and Epic Games offers a case study. “This partnership allows gamers to buy and customize NFL jerseys for their Fortnite avatars,” Kauffman says. “In addition to the uniforms, gamers can purchase referee outfits and football-themed emote celebrations to further express their passion for their favorite NFL teams while gaming.”

In an example that couldn’t happen outside esports, Coke launched a global EA Sports FIFA 18 tournament called eCOPA Coca-Cola that follows the virtual career of a fictional soccer player named Alex Hunter. The initiative is unusual for the depth and length of the potential involvement with target audiences.

“In the story mode of the game, Alex signs an endorsement deal as a brand ambassador for Coca-Cola Zero and films an ad for the brand,” Kauffman explains. “Players had the opportunity to live Alex’s story over 200 minutes in the game, including having him perform marketing work for Coca-Cola.”

Most esports influencer marketing revolves real-world personalities, however. In the esports world, few are bigger than Tyler “Ninja” Blevins, an American professional gamer and streamer whose YouTube channel has more than 19 million subscribers. As a top influencer, Ninja has worked with brands like Samsung and Red Bull.

In an example of how mainstream celebrities can work with esports personalities, Ninja paired with Canadian rapper Drake in 2018 for a hugely popular stream of the game Fortnite. “Drake is recognized as a legitimate player on the networks, helping drive mainstream appeal for the game and league,” Kauffman explains.

Esports influencer marketers have devised innovative and effective ways to engage tightly with target communities. Mann points to the Bud Light All Stars, a team of top North American esports players selected by fans. The fans could watch their favorite pros and participate themselves in daily Happy Hour streams sponsored by Bud Light. “In the Happy Hour streams they gave away prizes and promotions and were part of the daily conversation,” Mann says.

Schrodt points to Buffalo Wild Wings, which since 2016 has sponsored a professional esports league and in-restaurant tournaments, and Arby’s, another league sponsor that has produced commercials incorporating esports references. Both restaurants hold events where amateur gamers can come out to see pro gamer influencers. “There have been a lot of really great examples of brands not just having fun with it but also understanding the audience,” Schrodt says.

For all its promise, marketing with esports influencers isn’t foolproof. New entries can benefit significantly from working with marketers experienced in the space. “The biggest challenge is making sure you are working with influencers who will actually help your brand connect with the audience you’re trying to reach,” Kauffman says.

“Consider what kind of fan you are trying to connect with and look into the fan makeup of the games and leagues,” she says. “For example – a game like Fortnite has a much more even gender split with larger mainstream appeal, whereas a game like Dota 2 has a smaller, more passionate, and more male audience."

Just as fans and games are diverse, so are influencers. Pro gamers are generally the most effective overall influencers in connecting with the avid gaming community, Kauffman says. “To reach casual fans or recruit new fans into the fold, the opportunity lives with people who are personalities – traditional sports athletes, team owners, pop icons who play -- versus the hardcore gamers,” she adds. However, authenticity is critical in esports influencer marketing to both avid and casual fans, so the personalities need to be legitimately connected to the gaming world, she stresses.

As it grows, esports will also evolve and so will marketers’ approaches. For instance, more females are becoming gamers and fans, which will open new opportunities for reaching communities and recruiting influencers.


“Influencers will continue to play a strong role in the space, especially with the core gaming audience and as new leagues around different game properties arise,” Kauffman says. “It will become continually more important for brands to activate with the right influencers if they want to get into the space successfully.”