Please refer to our Privacy Policy for important information on the use of cookies. By continuing to use this website, you agree to this.
Home Latest FleishmanHillard CEO Defends Firm After Bayer Halts Communication Work 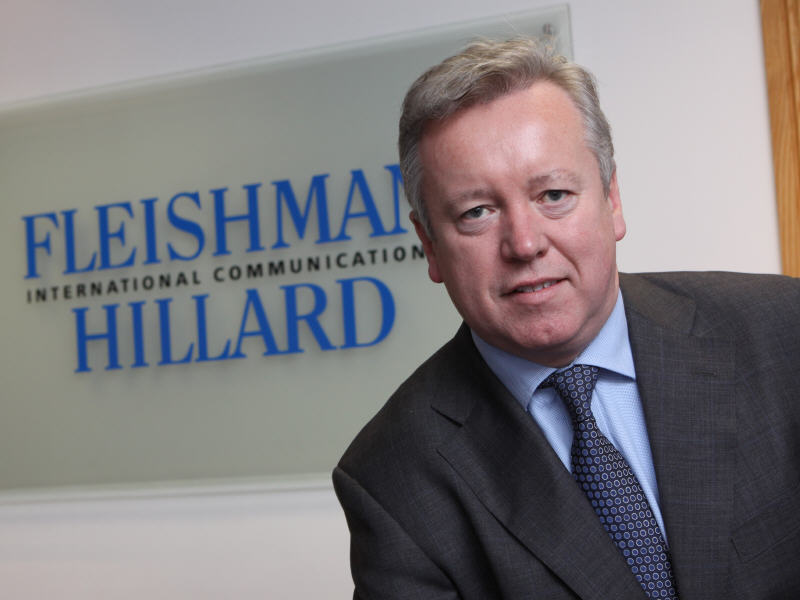 Fleishman CEO John Saunders reiterates agency's commitment to ethics, after Bayer suggests it will "exit" from "ongoing activities" with the firm.

ST LOUIS — FleishmanHillard CEO John Saunders has defended the firm's work for Monsanto, after Bayer said it is halting communications and public affairs activity with the PR agency "for the time being", following high-profile legal complaints in France over a stakeholder mapping project that began in 2016.

The German life sciences and pharma giant, which bought Monsanto last year, has also said it is "examining contractual options for a possible exit as soon as possible" from other "ongoing activities" with the PR firm, after it started an investigation into the project conducted by FleishmanHillard on behalf of Monsanto. "Marketing projects are excluded from this decision," added Bayer in a statement it released last week.

In response to a request for clarification from the Holmes Report, Bayer's head of corporate communications Christian Maertin said that any contract termination would focus on FleishmanHillard's "communications and public affairs" work but declined to provide further details. Neither has any reference been made to other European PR firms that worked for Monsanto to help renew authorization for glyphosate, the key ingredient in its controversial Roundup weedkiller.

FleishmanHillard counts a long-term partnership with Monsanto, and was recently named one of Bayer Crop Sciences' three global agencies following the troubled $63bn acquisition of the US agrochemical giant.

Sources familiar with the situation indicate that Fleishman's relationship with the crop sciences division remains suspended, but that its work with the pharmaceutical side of the organization is unaffected.

"While we are open to critical discourse, a lot of the recent attention has mischaracterized our work," says Saunders in the statement. "Corporations, NGOs and other clients rightfully expect our firm to help them understand diverse perspectives before they engage. To do so, we and every other professional communications agency gather relevant information from publicly available sources. Those planning documents are fundamental to outreach efforts. They help our clients best engage in the dialogue relevant to their business and societal objectives."

Saunders' statement comes two weeks after FleishmanHillard was suspended by Bayer pending an investigation into the stakeholder mapping project, which was handled by FleishmanHillard's Brussels office for Monsanto in 2016. Complaints allege that a list containing details of around 200 journalists, researchers and policymakers contravenes data protection and privacy laws in France.

Bayer, under the leadership of new public and government affairs SVP Matthias Berninger, has since retained law firm Sidley Austin to investigate the work.

"At this point, we understand that FleishmanHillard, on behalf of Monsanto, drew up lists of stakeholders in France, Germany, Italy, Netherlands, Poland, Spain, and United Kingdom as well as regarding stakeholders related to EU institutions," said Bayer in its statement last week. "A law firm commissioned by Bayer will further investigate this question and will determine whether stakeholder mapping occurred in other countries as well."

"We realize and accept that some will never agree with our clients’ points of view," adds Saunders. "That is both normal and healthy. Diversity of opinion through discussion and debate is the bedrock of a well-functioning democracy. It would be a disservice to society and to the policy-making process to stifle important information just because it may not be popular.

"As we have said since this situation began, we work at the direction of our clients. We do so ethically and in good faith. Our employees are instructed to report any behavior they deem to be unethical. They are also encouraged to opt out of working with clients if they have personal objections to the work. If we find a client behaving unethically, we will walk away from the business."