Please refer to our Privacy Policy for important information on the use of cookies. By continuing to use this website, you agree to this.
Home Latest Glenlivet: 'It’s Not About Making This A Female Brand…It's Actually Just Inclusive' 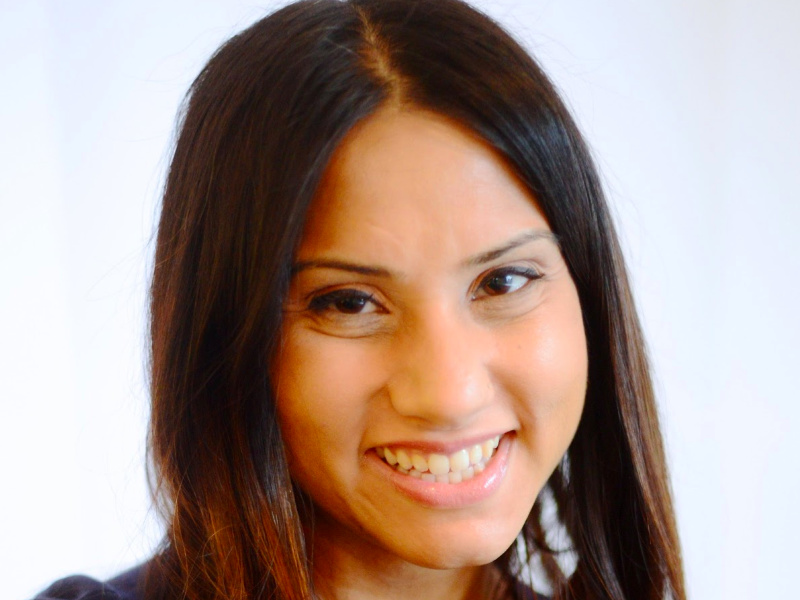 Glenlivet: 'It’s Not About Making This A Female Brand…It's Actually Just Inclusive'

Sona Bajaria, who leads US marketing for Glenlivet, has launched a far-reaching initiative to change perceptions that Scotch is an old-school, male drink.

Sona Bajaria is focused on getting women to enjoy Scotch whisky just like men historically have — even if that means breaking with tradition and mixing it up into a cocktail. Named the first female VP of US marketing for The Glenlivet and High-End Irish Whiskey in 2016, Bajaria has worked to reposition Glenlivet as the single malt Scotch that can accomplish that. And she is seeing success. The brand’s newest Scotch, Founder’s Reserve, has a consumer base that is 50% women — well above the category average. Last June, Bajaria expanded the scope of her work further; she now oversees US marketing for Pernod Ricard’s Chivas Regal and gins, Beefeater & Seagram’s.  Before joining Pernod Ricard USA, Bajaria worked at companies including Avon and Unilever, where she participated in building Dove’s self-esteem campaign for young girls. She spoke with the Holmes Report about breaking long-held perceptions, what it takes for whisky to appeal to women and why it matters. An edited transcript.

You joined Pernod Ricard where you market whisky, which has long been a men’s drink, after working for Avon, a very female-oriented company, and Unilever, where you were part of Dove’s self-esteem campaign for young girls. That’s quite a switch.
I was a bit surprised (when I was named) the first female leading Glenlivet in the US in marketing. When you think single malt Scotch, you probably think leather couches, cigars, older gentlemen consuming cigars. Glenlivet is the number one single malt Scotch in the US and the predominate base is male. I really wanted to work for something that you could have somewhat of a cause and shift perception in terms of brand management. Similarly to when I was at Dove and Avon, I really wanted to make sure that the brand could stand for something in the US and build equity with consumers. We want to open it up. We wanted to broaden the appeal and open up the brand. And we have expanded our consumer base.

How are you accomplishing that?
(Historically) if you were in a liquor store and were to walk up to the single malt shelf, it would be recessive looking —  a bit dated and gray. Two years ago, we introduced a new single malt reserve. Founder’s Reserve comes in bright blue packaging, and the taste profile is a bit sweeter. (Typically) what people think of single malt Scotch is that it’s overall smoky, a little less approachable.

For Founder’s Reserve, we found that over 50% of the consumption base is women. We found that quite striking because women in this category is under 30%. What we are seeing is that it is about people coming together, whether it is ethnicity, age, gender. It’s about (breaking) perceptions, including in consumption patterns. Single malt Scotch is typically served straight or on the rocks. Women are enjoying Founder’s Reserve typically as a cocktail — Founder’s Reserve and soda with a lemon and a lime or other fancy drinks. We realized that as the consumption of the product was becoming more equal between men and women, consumers were expanding the way they were consuming single malt Scotch.

With that sort of movement, there must be more at play than shiny new packaging?
Glenlivet is opening up how we treat the brand. We recently were partners in a Forbes women’s summit, we sponsored a dinner (where speakers addressed) minimizing unconscious biases in the hiring process.  Glenlivet is present in those moments and at the table and welcoming new consumers to the family.

We also know that a lot of consumers come into the brand from gifting and recommendations. So we created a gifting program where people can create a custom label for a bottle. What that does is bring people into the family and doesn’t make the category seem so intimidating. In November, we did an event in New York. The purpose of it was to kick off the first Conversations for Change by Glenlivet and the guest of honor was Lisa Borders, CEO of Time’s Up. The plan is to bring these (programs) across the country.

Do you risk alienating men?
This is about men and women. It’s just going to take a while to shift the perception of the brand; it’s going through a face lift. While we may be making a bit more effort trying to shift the pendulum to the center, we ensure that it’s pretty equal and men are invited and attend and are part of the discussion. From a business perspective, it’s about keeping your current base engaged.

What did the brand’s marketing look like before this effort started?
We have been around for a long time and active in the marketing space for 10 years. But what the marketing plan has been to date is really about education, first and foremost. It was just a matter of how education was done around responsible drinking, and education about single malt Scotch. There also is a lot of heritage and history to the brand. We had a program, Knights of Passage, focused on one generation giving it to the next generation, and they would be the guardians. It was mostly sticking to that male target. But it’s not just about men and it’s not about an old, dark study. We need to bring people with us.

Founder’s Reserve is a gateway into creating cocktails like Scotch and sodas and consumers are encouraged to do so. It’s brought an energy brought back to the brand in a different way than in the past. Guardians is very guarded. It really reflects what the brand was before. Single malt is still a category of exploration and discovery, it’s a matter of how we attack that. But it’s not about making this a female brand … its actually just inclusive.

Yet there are a lot of Scotch whiskies out there. What is it about Founder’s Reserve that has made it that breakthrough drink?
They nailed it out of the park; what it looks like — it’s bright, it’s blue, it’s inviting — and the flavor. It’s a little sweeter. With Founder’s Reserve we encourage making it into a highball. And price, we introduced this as the lowest priced (whiskey) in the pack. It’s less of a commitment. It’s also about the marketing mix. There’s the cocktail strategy. On Instagram, you can see the brand be more inclusive with groups of consumers, there’s different integration with fashion and music and different personalities. We recently were at Art Basel in Miami, where the audience was diverse. When you start to see the versatility of the brand, it gets exciting.