Please refer to our Privacy Policy for important information on the use of cookies. By continuing to use this website, you agree to this.
Home Latest Glo Lindenmuth: 'We Can Only Get Better Having A More Inclusive And Diverse Industry' 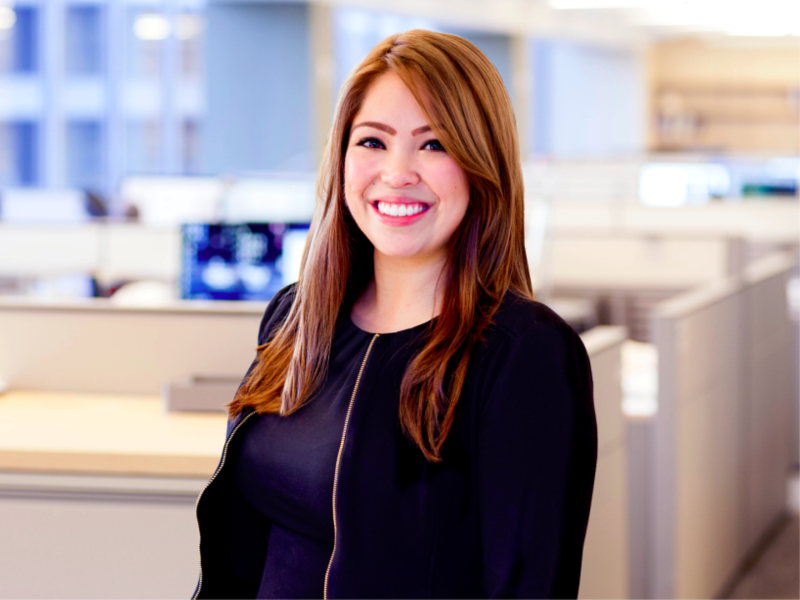 Glo Lindenmuth: 'We Can Only Get Better Having A More Inclusive And Diverse Industry'

An interview with The Sway Effect's Glo Lindenmuth continues our series of discussions with people about racial inequity in the PR business — and what the push for change means to them.

Born to a Filipino mom and a European dad, Glo Lindenmuth was largely comfortable being in the minority at school, partially because she didn’t think the situation would be a lasting one. “It wasn’t until I got to the workforce where I was surprised by the lack of diversity in the larger comms and PR industry,” Lindenmuth said. Now a Sway Effect senior account executive, Lindenmuth said in an interview with PRovoke Media that during her six-year career she has relied on a number of tactics to make her way in a predominantly white industry — including her photo on her resume to avoid surprises, using self-deprecating humor and working in the tech sector, despite feeling pigeonholed by the placement. “Often I felt like I had to push boundaries to be seen, heard or respected,” she said. An edited transcript:

Was the diversity of the industry a consideration when you decided to go into communications?

I was one of the first biracial kids at Spotswood (New Jersey) High School, so I was used to being one of the few people of color. And when I went to Seton Hall University it didn’t bother me because even though the school was not diverse itself the programs were. The professors were always very diverse in their experiences, talking about the clients they represented, what they were on. I was excited to get into the workforce and meet these other people and get to the people. But it is not what I expected from the field, partially because I was thinking that once I got into the workforce there wouldn’t be a million of people but there definitely would be a lot more people of color – Asian to Hispanic to Black, just to have a diverse mindset. What I actually found was a lot of the agencies at any given point in time had mostly five people of color. It truly wasn’t until I was on enterprise tech teams that I saw more Asian representation from China to Japanese Americans to Indian Americans.

This feeling has always been kind of prevalent. But it wasn’t until I got into the business that I felt alone.

Has being diverse affected your career?

As I did not have the look of many of my peers, I often felt like I had to push boundaries to be seen, heard or respected. I often felt generalized and relied on self-deprecating humor to humanize myself. Additionally, I felt like I got siloed into the tech space. Honestly, I feel like I was guided into it just because they looked at me and they knew that I could probably take to technology. But I was not a science or math person growing up. I had an affinity for consumer work. I wanted to be interdisciplinary and try new things. I really wanted to try everything. I don’t want to assume I was (placed in tech) because of my ethnicity, but I do think that was part of it.

Have you ever become discouraged?

I will say that when I was interviewing for jobs it was a little disheartening, the cookie cutter look of any agency. I don’t necessarily fit in with that.  I was scared that if I took the chance on the wrong agency that I could be the middle child that no one wanted to pay attention to because I didn’t have that look.  I also wanted to avoid awkward interactions, so I started putting my portrait on my resume. I am biracial, my mom is Filipino and my dad is European with a German last name, and I made the decision to ease that little bit of culture shock that comes when people see I am not the girl with blond hair and blue eyes.

Where do you see the industry at now?

It’s not that it’s inequitable but I think there is a lot of opportunity (to improve) and education needed. I implore agencies and universities to work together closer to encourage all walks of lives to go into communications. There is so much value people can bring, we can only get better having a more inclusive and diverse industry. I’m really hopeful that we are changing the game of comms overall and it’s going to be a melting pot of great talent, great leadership and great things to come.


You can read earlier interviews in the series here:
Suresh Raj: 'Just Hiring People Of Color Isn't Going To Do It'
Cheryl Overton: 'We Can't Wait For Everyone To Grow Up In The Business To Make Changes'
Amber Micala Arnold: 'Accountability Is One Of The Industry's Biggest Problems'
Teneshia Jackson Warner: 'There Is No Longer A Path For Ignoring The Impact Of Racial Injustice'
Helen Shelton: 'PR Has Been Benefiting From Black Consumers For Decades'
Kourtney Evans: 'Why Is PR Such A White Field?'
Stefan Embry: "We Have To Reframe What Culture Fit Means"