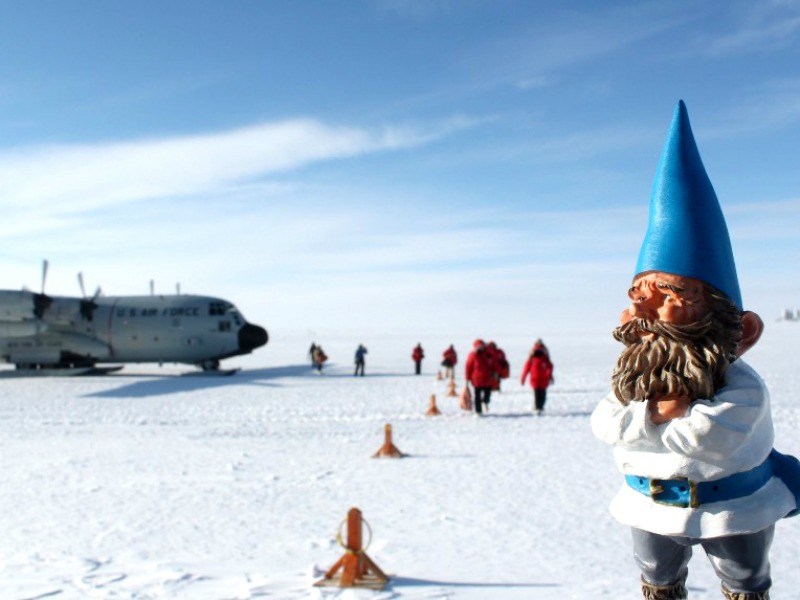 A campaign that measured minute variations in gravity by weighing a common garden gnome has emerged as the most awarded PR campaign in the world.

LONDON—A campaign that measured minute variations in gravity by weighing a common garden gnome has emerged as the most awarded PR campaign in the world, according to the Holmes Report’s 2013 Global Creative Index.

The Index analysed entries and winners from more than 25 PR award programmes from around the world, over a 12 month period, using the 2013 Cannes Lions as a cut-off point. Scores were weighted according to a Holmes Report formula that placed particular emphasis on Best of Show winners.

The results reveal that Kern & Sohn’s Gnome Experiment campaign, developed in conjunction with Ogilvy PR London, took top spot, thanks to a slew of wins at European shows.

To see which agencies topped the 2013 Global Creative Index, click here. You can download the full report here or read it via SlideShare below.

The programme scored more than twice as many points as the second-ranked effort, a tie between Procter & Gamble’s Olympic PR campaign and the ‘State Within a State’ tourism effort by the Latvian city of Ventspils.

The results, which rank the top 15 PR campaigns, reinforce the importance of a strong creative idea, supported by compelling content that spurs engagement. The Gnome Experiment, for example, showcased the precise nature of Kern scales by inviting scientists from around the world to take part in the project, logging results and eventually driving impressive sales results.

The City of Ventspils ‘State Within a State’ programme, meanwhile, turned the Latvian city into an independent state that printed its own currency, which could be earned on its ‘global online embassy’ and cashed out upon visiting the city.

The common thread running through these three campaigns is a content-rich strategy that builds on the core insight to develop genuine consumer involvement, often within a realtime marketing context. It is a formula for creative communications that is not always simple to follow but can, clearly, lead to some thrilling results.

It is also an approach that illustrates how digital and social media are helping to unlock creativity in PR. Most of the top-ranked campaigns revolve around a core digital platform, demonstrating how today’s PR campaigns are genuinely integrated — seamlessly utilising social media engagement to spur advocacy.

Neither should the focus on genuine business results be overlooked. The Gnome Experiment, for example, improved sales by 22 percent, generating 1,445 new leads. P&G’s Olympics campaign is estimated to have driven $500m in incremental sales. And ‘State Within a State’ saw tourist numbers to Ventspils soar during the campaign.

Many of the other campaigns within the top 15 demonstrate similar characteristics, not least IBM China’s Mr Bao programme; ‘The Launch of Schwopping’ by M&S; and, the Philips ‘+ Project’.

“Within Philips we try to align all our PR efforts with the overall company objectives of which both top-line and bottom-line impact are crucial," said Philips global communications head Andre Manning. "I believe that the future of PR is in the hands of those who will dedicate more time and budget on creative thinking, research and measurement as it will drive results and effectiveness."

While the ranking is dominated by consumer campaigns, it is worth noting that three of the programmes are corporate programmes, including the ‘Gnome Experiment’, which focused on building Kern’s credibility among a scientific audience.

There is also a refreshing geographic diversity among the top 15 campaigns, featuring work from traditional powerhouse markets such as the US and UK, along with eye-catching programmes from Germany, Latvia, Singapore, China and the Netherlands.

To see which agencies topped the 2013 Global Creative Index, click here.  You can download the full report here.