Please refer to our Privacy Policy for important information on the use of cookies. By continuing to use this website, you agree to this.
Home Latest Golin Boosts Creative Offering With Brooklyn Brothers Acquisition 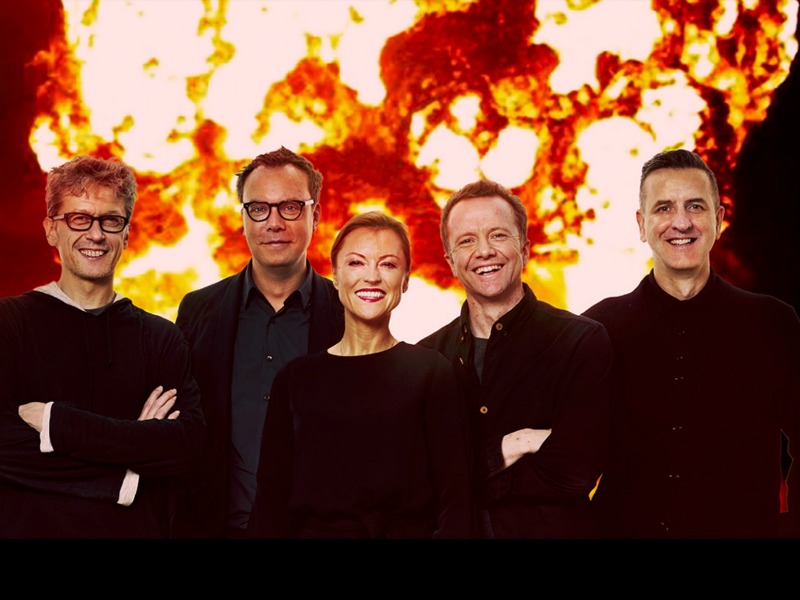 Interpublic PR firm continues international expansion by inking its biggest ever deal, for $18m creative agency with offices in the UK, US and Brazil.

LONDON—Interpublic Group PR agency Golin has acquired highly-rated creative agency The Brooklyn Brothers, in a deal that once again signals the increasing convergence of earned and paid media.

The deal, estimated at $45m, is the biggest acquisition in Golin's history, bringing The Brooklyn Brothers’ 130 staff — across its London HQ and additional offices in the US and Brazil — and $18m in 2015 revenue into Interpublic Group. Founding partners Guy Barnett, George Bryant, Paul Parton and Jackie Stevenson will continue to manage The Brooklyn Brothers operations, while original London founding partner David Watson will leave the business after 2016.

The Brooklyn Brothers brand will be retained, as will separate office locations, with the firm reporting into Golin international president Matt Neale. Golin will also look to expand Brooklyn Brothers beyond its existing markets into such regions as the US West Coast and Asia.

For Golin, the deal comes after a series of moves to expand its global operations, including acquisitions in China, Brazil and Germany. The firm has also entered Russia and Turkey, although the The Brooklyn Brothers deal probably represents more of a desire for service depth rather than geographic breadth, particularly after Golin restructured its agency model around four specialist groups in 2011, following that up by buying UK digital firm Fuse and healthcare consultancy Virgo Health in 2012.

"We were looking for two years for an agency that was in the middle of the creative content and digital space," Neale told the Holmes Report. "What set them apart from the rest of the pack was that many of the agencies we met — on the surface it looked like they were creating world-class content, but when you really looked at it, they were pushing on someone else’s. They weren’t the originators. We wanted to partner with someone who had that world-class creative product."

Neale added that geographic considerations also played a role, particularly in New York, where both agencies are "modestly-sized."

"Here in London, this takes us into a whole new category, which is really exciting. I think it makes us the most exciting agency in the country," he said. "In New York, it gives us scale. From a geographic point of view, it is exciting for us."

In particular, Brooklyn Brothers has grown by blending various channels — media relations, social, brand advertising — around a focus on entertainment, what the firm calls 'blockbuster branding'. This approach has underpinned campaigns for NBC Sports, Jaguar Land Rover and Castrol, and helped Brooklyn Brothers win AdAge's Small Agency of the Year in 2015.

"When you look at the content that The Brooklyn Brothers has created, they earn the audience before the media money kicks in," said Neale. "With a lot of old-school, traditional agencies, it’s the money that disrupts you. [The Brooklyn Brothers'] approach is far more efficient, because it’s something you would be drawn to watch. If we keep that core to the work we are creating, I think we are going to win in that space."

Few public relations firms, though, have bought advertising agencies, the last significant instance being APCO's ill-fated acquisition of StrawberryFrog. Yet Neale believes that his firm's g4 restructuring ensures that it already "looks very similar to the Brooklyn Brothers model."

"If many firms in our industry tried to do this, it would be difficult for them," said Neale. "We will have creatives talking to creatives and planners talking to planners. We understand their world and respect and admire the people that they have."

As for Brooklyn Brothers, global MD Jackie Stevenson noted that the opportunity to ally with a PR firm offered a more pioneering opportunity, compared to joining a traditional advertising network. "We’ve got some fantastic big global clients and done some brilliant work, but in order to keep two steps ahead and keep increasing our global footprint, we really felt like we needed to bring a partner onboard that shared our belief and could really help us power to the next level. The industry is catching up and what we want to do is stay pioneering."

"To go into an advertising group was about fixing something," continued Stevenson. "It’s no secret that the old model is broken. One of the things we loved so much — coming from AMV, BBDO and Ogilvy — was to create something brand new without any restrictions. Golin, with their g4 model, are doing it in a really different way. Even though we are coming from the marketing side, and they are coming from the PR side, we are really both in the middle."

Both parties declined to disclose the terms of the deal, but the four Brooklyn Brothers partners remaining in the business will continue in their roles until at least the end of this decade.

In the video below, Neale and Stevenson explain why they think the deal poses few risks for either agency: