Please refer to our Privacy Policy for important information on the use of cookies. By continuing to use this website, you agree to this.
Home Latest Golin Calls On Industry To Step Up Hiring Of Female Creatives 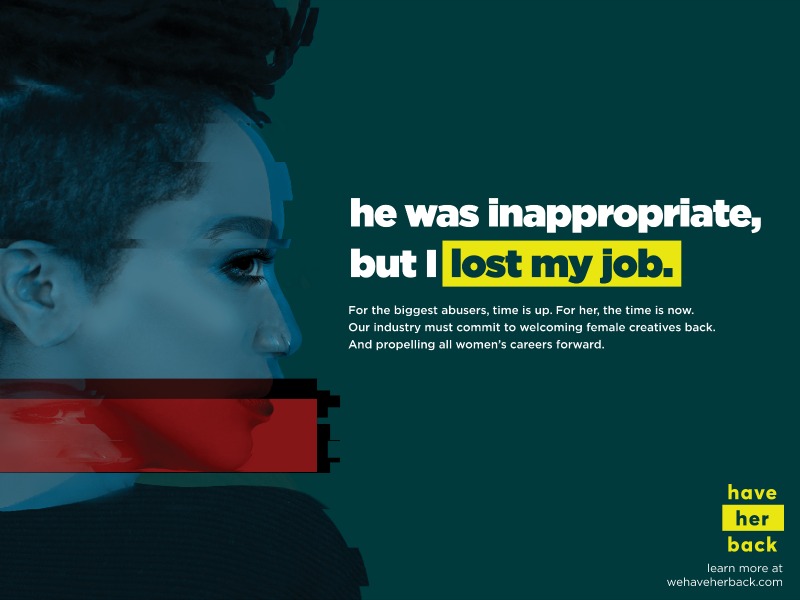 Golin Calls On Industry To Step Up Hiring Of Female Creatives

The agency, along with three advocacy groups, has launched a campaign rooted in hiring, training and empowering women creatives.

CHICAGO — Spurred by the #MeToo movement, as well as larger industry calls for gender parity, Golin is launching a campaign to drive the hiring of women creative leaders in marketing to remedy a perennial shortfall.

The “Have Her Back” campaign, which is rolling out online Thursday, aims to rally the industry to increase the number of women creative directors by driving awareness of the issue, and rectifying it through hiring, training and creating cultures of empowerment. The first training event takes place in Chicago on April 10, which is Equal Pay Day.

The 3% Movement, SheSays and EvolveHer, all professional women’s organizations, are partnering with Golin on the effort, which is the brainchild of Caroline Dettman, Golin’s chief creative officer.

While the percentage of female creative directors has risen over the last few years from 3% to 11%, their numbers still pale in comparison to their male counterparts, Golin said in announcing the effort.

Compounding the problem is that the marketing and communications industries have not been immune from the sexual harassment and other gender-based issues prevalent in other businesses; In fact, women creatives have recently reported being subject to hostility from their male colleagues, Golin said.

“Our industry says the right things, but hasn’t been quick to take action,” Dettman said. “In the past few months, we have seen some high-profile harassers lose their jobs. And while that is progress, there’s a question that’s been keeping me awake at night: just how many women’s career trajectories and well-being lie in their wake?”

In turn, “Have Her Back” aims to see the return of women creatives who have not only left the industry by choice but also those who have been forced out due to sexual harassment or inequality. It also seeks the elevation of women who have stayed in the business, but have little to show for it, Golin said.

Golin has already started to address the issue internally, committing to doubling the percentage of women on track to become executive creative directors every year through 2020. The agency is partnering with The 3% Movement on training men how they can support and advance female colleagues given the recent shakeup in the workplace, and male/female relationships.

Golin has also created internal task forces and held town halls and focus groups to listen, talk and tackle the issues around sexual harassment, assault and inequality in the workplace. They believe that for this initiative to succeed, real, sustained changes to the cultures that have enabled these behaviors must take place.

“The irony is not lost on me that as agencies, we say that female equality matters to us, yet our actions or inactions say otherwise,” said Dettman. “As creatives, we inspire our clients to right wrongs and improve the human condition every day. I have a lot of hope that it’s these same people who will practice what we preach and take action to show we have her back.”