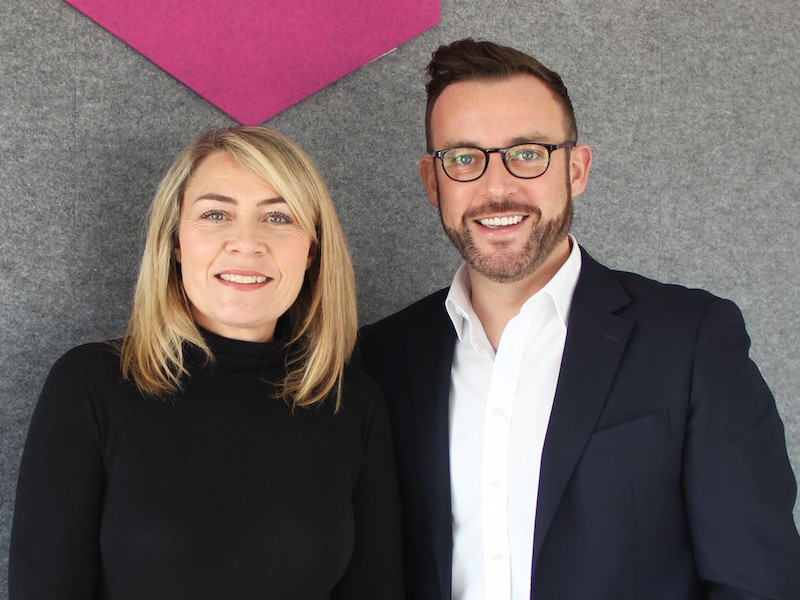 The agency has appointed Peter Murray as its new head of corporate affairs, in a role spanning the public affairs and corporate divisions.

LONDON — Grayling has strengthened its corporate offer, with the appointment of former Metro Bank and Arup director Peter Murray as head of corporate affairs.

Murray (pictured, with UK and Europe CEO Sarah Scholefield) joins the agency from Cicero Group, where he led the corporate communications team. He was director of communications at Metro Bank when it listed on the London Stock Exchange and was head of government affairs at the engineering giant Arup, where he was named as one of the Financial Times’ Top 100 LGBT Leaders in the City.

Sitting across Grayling’s corporate and public affairs teams, Murray will provide political and commercial risk advice to Grayling’s C-suite clients, and reputational support to high-profile individuals across the firm’s European network. He will also create a new bench of corporate affairs practitioners, drawn from across Grayling’s 25 UK and European offices.

The new corporate affairs offer will use a variety of proprietary tools, including Metis, a media and political service created with Media Foresight that supplements Grayling’s crisis communications and political intelligence work and aims to “prevent foreseeable harm to business reputation.”

He reports to Richard Jukes, chairman of Grayling, Europe, UK and Ireland, who said: “Grayling is proud to welcome another industry heavyweight to our team. Peter has a wealth of experience that spans corporate communications and public affairs, and has a proven track-record of delivering powerful campaigns for some of Britain’s best-known brands.”