Please refer to our Privacy Policy for important information on the use of cookies. By continuing to use this website, you agree to this.
Home Latest Healthcare Communicators Look To Build On Enhanced Reputation 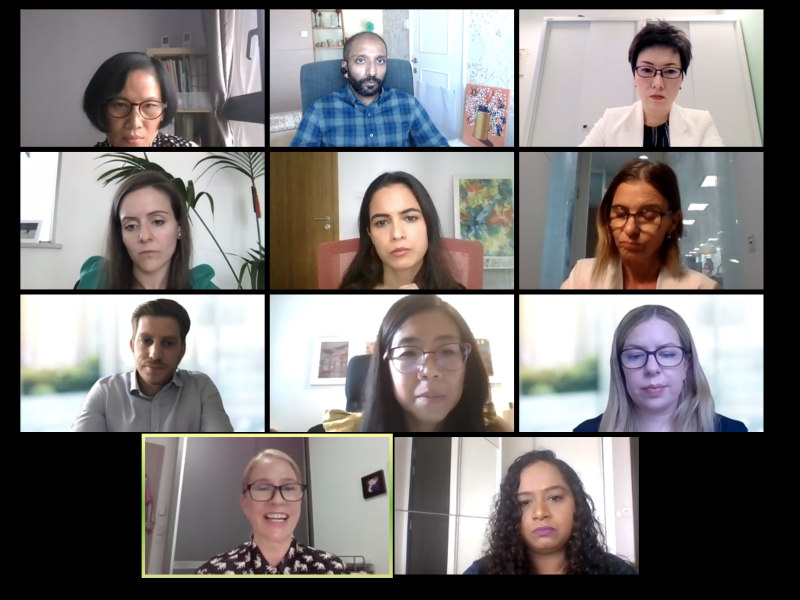 A discussion between pharmaceutical communications leaders finds the industry in a position of strength that carries with it great responsibility and risk.

The Covid-19 pandemic has changed priorities across the spectrum, but for healthcare companies its impact has been especially profound. While presenting them with dramatic new challenges from a business and communications standpoint, it has also engineered positive change.

The overriding sentiment in a Next 20 roundtable of Asia-Pacific healthcare communications leaders was that companies in the sector have a deeper responsibility to educate and help guide the public and filter information. The discussion was conducted in conjunction with GCI Health and APACD, and featured:

One major area healthcare companies have the potential to address is the patient journey, and within that illness prevention and treatment. Helen Wailes noted that it’s important to understand the factors preventing people from seeking treatment and working with healthcare professionals to address them. Often, this will be a case of assuaging fears to seek medical services, which is likely to require more local insight into patients and potential patients.

“A lot of it is around confidence, almost like the permission to come into that healthcare setting and for people to get the treatment they need,” she said.

At the same time, the pandemic has heightened public understanding of the importance of disease prevention, even though the vaccine is not yet available. It will be important to sustain this momentum both in terms of communications and policy, said Ada Wong. She noted that much still needs to be done to drive wider uptake of immunisation against various illnesses.

Part of this will involve finding new ways to connect with people and contextualise information, added Kylie Park. This is especially important for the elderly community. She noted that among this group, activities such as TV and phone usage and letter writing have increased. She advocated finding ways to “use some of these mechanisms to deliver a service” such as sharing information around heart health maintenance and osteoporosis prevention.

“The risk is that non-Covid diseases are put lower down the priority scale, [although] in actual fact there’s a link between managing cardiovascular and mental health and reducing your risk of Covid,” she said.

A challenge in achieving this is that health literacy rates differ considerably across Asia-Pacific. “We have an important role to play in providing evidence-based information to help educate people in countries where it’s lower,” observed Marta Marquez.

At the same time, it’s important to avoid overwhelming people with a surplus of information, which has already proved to be one of the biggest problems that the pandemic has caused. When addressing a group such as chronic disease patients, whose needs can be side-lined in a pandemic, “we have to find the channel that they trust as their educational platform that they always go to,” advised Bella Pai Ling.

The key message was that healthcare companies have the ability to promote behavioural change directly. Rikki Jones highlighted AstraZeneca’s ‘New Normal, Same Cancer’ campaign as a good example. In partnership with global patient coalitions, it urges people who have paused treatment or checks due to the pandemic to resume them. “This is exactly the type of campaign we should be thinking about from an industry and partnership perspective in terms of being proactive and being the solution,” Jones said.

The pandemic has, of course, had a disproportionate impact on those over 65, and has highlighted a lack of preparedness to protect this segment of society. When trying to reach the elderly audience as communicators, the common assumption is that technology is a nonstarter. That is a mistake, said Stephanie Yu. On the contrary, many elderly people are highly active online and on social channels, and more so since the onset of Covid-19, Yu noted. However, they are also among the most vulnerable to misinformation.

“It’s not just about using [online channels] to educate them, but also to help them to distinguish what is the right information,” said Yu.

Ling agreed that one should “never underestimate the digital capability of the elderly” but suggested it is also worth considering using traditional community structures to convey information, such as health care and social centres catering to the senior demographic. Marquez added that instead of treating the younger and older generations entirely separately, it pays to recognise that they in fact influence each other. “I think there is an opportunity to empower the younger generation and the families of the older people to influence [their] health behaviours and decisions,” she said. Further to that, peer-to-peer interactions are an important consideration because of the level of trust and emotion they engender, pointed out Rimmi Harindran.

Within the elderly segment, those in nursing homes are, counter-intuitively, often left out of the loop, noted Shruti Bose. Caregivers are therefore a key target group “that we cannot miss”. In terms of reaching the elderly directly, she advocated adding “more innovative channels” to the mix such as podcasts, which offer a ready platform for healthcare companies to partner with like-minded organisations to deliver useful information.

The pandemic has helped improve public perception of pharma companies to one of solution providers, according to Harindran. But this carries a “collective risk” in that if any one company cuts corners in delivering a Covid vaccine, it will reflect badly on the whole industry. She said this underscored the need to think collectively and collaboratively. Yu also cautioned against over-promising, which would have an equally detrimental result.

Panelists seemed uncertain as to whether now is a good time for the industry to start communicating more proactively from a corporate perspective. Restraint is probably still advisable, but at the very least, healthcare companies are likely to emerge with a renewed appreciation for the value of communications, of digital channels, and of flexibility, said Wailes. She discounted the notion that internal communications had taken precedence over external, preferring to think of communications as a holistic exercise that includes both.

“The post-Covid world is definitely one that will continue to be impacted by Covid,” noted Bose. “So conversations around health system preparedness, health policy, are going to be critical. I think companies when partnering with government stakeholders or other players within the healthcare ecosystem will find there is definitely an opportunity for proactive communication.”

She added that scientists are staging a comeback, fuelled by public scepticism around misinformation and the need to ensure a high level of trust. “The voice of a company is no longer just the CEO. And similarly, the voice of the government is no longer just the prime minister. You have influencers sitting around these decision makers that are scientific experts.”

Additionally, communicators have a duty to help all stakeholders “look at the big picture”, Yu said. At the moment, it is essentially a question of streamlining the mass of Covid-related information that exists to focus on what will be important in preparing for the future.

Minimising reputational risk is likely to become an even bigger priority for communicators. Part of that could involve presenting a more human, empathetic face to corporations, said Ling, where previously communications were more a case of straightforward message delivery.

Bose said the current situation should encourage the instinct to prepare for crises, having caught so many companies off-guard. “Firefighters train for fires because [it] really helps, and I think the same holds true for corporate reputation,” she said.

For Harindran, this equates to “building personality”, bearing in mind that the most difficult situations have a tendency to reveal an individual or organisation’s true nature, for better or worse.

Wailes underscored the need to engage multiple stakeholders in a consistent manner, to pause when necessary before communicating, and to become embedded in the business by demonstrating business value. “It’s about being very strategic and very clear about the value that you are adding to the business through your communication activity,” she said.

Ultimately, the healthcare industry appears to have reached a turning point in terms of the narrative it presents, concluded Jones. Looking ahead, the industry will need to maintain the responsible approach to communicating that it has taken up to this point while becoming more proactive in supporting the global recovery from the pandemic. 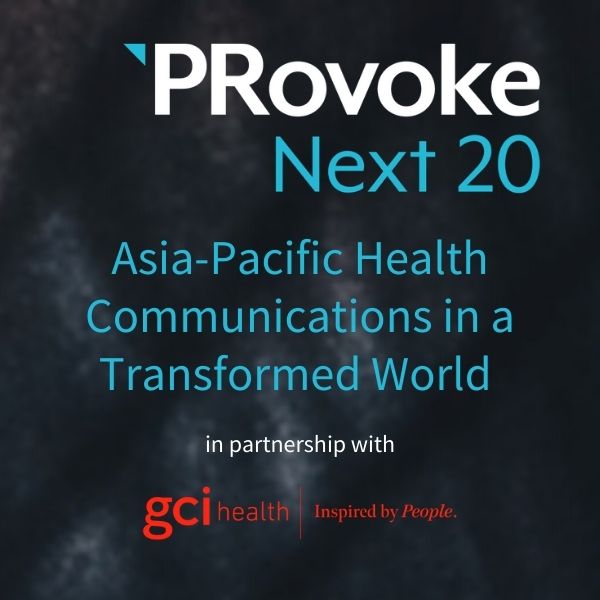