Please refer to our Privacy Policy for important information on the use of cookies. By continuing to use this website, you agree to this.
Home Latest Hope&Glory, Ketchum UK, CCgroup, Cowshed & Harvard Secure Blueprint D&I Mark 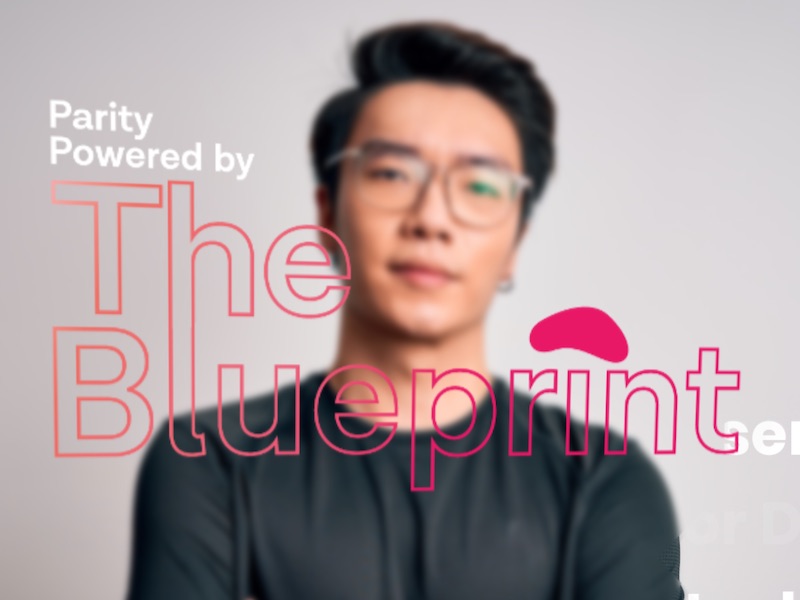 It is the biggest round of awards yet for the Blueprint, which was launched in June last year. The agencies join social enterprise marketing agency Stronger Stories and Manifest as full holders of Blueprint status, and allies Blurred, InFusion Comms, Ready10 and Cirkle.

The Blueprint diversity mark, developed by BME PR Pros founder Elizabeth Bananuka, aims to promote racial diversity in PR and communications. Awarded agencies sign up to a series of commitments, from publishing diversity data to tackling ethnic and gender pay gaps, aimed at encouraging diversity from entry level to boardroom.

Bananuka said: “In the midst of the BLM backlash, the latest round of Blueprinted organisations gave the judges and I something unexpected: hope. There was so much innovation, deep commitment, great leadership, bold targets, measurable results, transparency and accountability in their applications.

“We were left with a real sense that Hope&Glory, Ketchum UK, CCgroup, Cowshed and Harvard have done the hard work of looking at themselves, looking at the structural inequalities that may exist in their businesses and sought ways to make meaningful, measurable change that would support the recruitment, retention and promotion of Black, Asian, mixed race and ethnic minority pros.”

Hope&Glory, Ketchum UK, CCgroup, Cowshed and Harvard secured the marks after completing an application form detailing their existing commitments to diversity, marked by an independent panel of judges.

In 2020, consumer brand and lifestyle agency Hope&Glory stepped up its commitment to D&I with what the judges described as “an inspiring, impressive and innovative range of measures” led by co-founder and chief client officer, Jo Carr.

The agency launched blind recruitment to remove bias from its hiring process; introduced compulsory unconscious bias training for all staff; broadened its supplier network to include smaller businesses; reviewed how it worked with influencers; launched a speaker series showcasing diverse speakers and supported the right to protest by offering paid time off to staff to support causes they are passionate about.

Carr said: “At Hope&Glory, we believe that if we’re to make a difference to the lives of our team – regardless of race, religion, sexual orientation or gender – we need to firmly embed inclusivity in the culture of the business. That commitment isn’t about making lofty statements or token gestures, but about it being an integral part of who we are as individuals and as a business.

“We want an environment where people can bring their whole selves to work each day and don’t feel they have to be someone else when they cross the threshold of the agency.  We are humbled to have been awarded full Blueprint status for our efforts so far, but also recognise this is not the end of a journey, but rather the start of living up to our commitment.”

Ketchum UK, the largest agency to so far achieve the Blueprint, launched a parental leave policy giving all staff six months’ full pay regardless of length of service; relaunched its London’s Inclusion Council; enhanced its Friends of Ketchum UK D&I network to include D&I workshops; partnered with Future Frontiers to provide a six-week career coaching programme with 30 students from lower income backgrounds and partnered with Ambitious about Autism to provide a three-month paid internship to a young person with autism.

The judges said they were particularly impressed with UK CEO Jo-ann Robertson’s commitment and involvement in D&I, including voluntary work as Chair of the Young Women’s Trust, and deputy MD of consumer Alicia Solanki’s work as a mentor and speaker on diversity issues.

Robertson said: “Being awarded The Blueprint is an important milestone for Ketchum UK UK as we seek to deepen our inclusive culture and build a truly diverse business. The Blueprint is recognition for the progress we have made, but more importantly it is a public declaration of our commitment to accelerate our progress for our people and our clients.”

Technology agency Harvard’s D&I ambitions, according to the judges, were “positively impacted by the BLM movement, encouraging the agency to take bolder decisive action on race and ethnicity.” After discussion with former and current Black, Asian, mixed race and ethnic colleagues, the business removed bias in its hiring process; created a new client charter and requested D&I statements from suppliers; gathered its first set of D&I data to set targets; reporting its gender pay gap; and launched a programme of activities, events and content with ex- and current BME staff, including BAME to Boardroom ‘Race At Work Bohm Dialogue Programme’ to normalise ‘difficult’ conversations around race.

Harvard’s managing director of PR and AR Ellie Thompson said: “Going through the Blueprint process has been an extremely rewarding experience for our agency. And it’s all part of a journey that we are genuinely excited and proud to be on. It’s about becoming a better agency – more welcoming, more inclusive and more diverse. That means every single one of us who works here striving to understand, talking about and addressing issues connected to race, diversity and inclusion in the workplace.”

B2B tech specialist CCgroup secured Blueprint ally status after the speed of D&I progress it has made in the past 18 months and its “commitment to targets, accountability and transparency.” The agency launched its diversity strategy in June 2019 and has overhauled its recruitment process, now only working with companies committed to delivering a 33% BME shortlist.

The agency rolled out D&I training for all staff, unconscious bias training for hiring managers, ran workshops on trans issues and allyship, set a target for 30% of training sessions to be delivered by a BME speaker and/or to cover a diversity issue and created a client charter to incorporate its D&I commitments.

CCgroup CEO Richard Fogg said: “We committed to applying for the Blueprint when it was an idea on the BME PR Pros website. We thought we’d be ready for the first intake – we were wrong. It’s hard. It forces you to re-evaluate everything. It forces you to be objective. It forces you to change – for the better. Now we’re a Blueprint Ally, the real work begins.

“But it’s great to be recognised as a PR agency in which people from diverse backgrounds can expect the fair, equitable treatment and opportunities they deserve. And it’s great to be in such wonderful company - it’s hard not to feel just a little more optimistic about the future of diversity in PR today.”

Cardiff-based Cowshed is the first Welsh organisation to secure an award, impressing judges with its “bold commitment to diversity, inclusion and equality.” The company is the only comms or creative agency in Wales to have signed up to the UN Global Compact and its Ten Principles on Human Rights, Labour, Environment and Anti-Corruption; provides pro bono work for Race Council Cymru and is a certified autism aware business.

Cowshed’s BAME Internship Programme, Wales’ first for comms and marketing, was recognised by the PRCA as the best internship in the UK; even unsuccessful candidates are supported with free career advice.

Vicki Spencer-Francis, Cowshed MD, said: “We applied for Blueprint status, in part to gain recognition of what we have achieved at Cowshed. But in the main, our application is a statement of intent and commitment. Not only for the future of our team and how we do business here, but as a commitment to the part we will play in developing the industry.”

The deadline for the next round of agency applications for the Blueprint is March 4.