Please refer to our Privacy Policy for important information on the use of cookies. By continuing to use this website, you agree to this.
Home Latest House Of Lords Standards Commissioner Dismisses PRCA's Tulchan Complaint 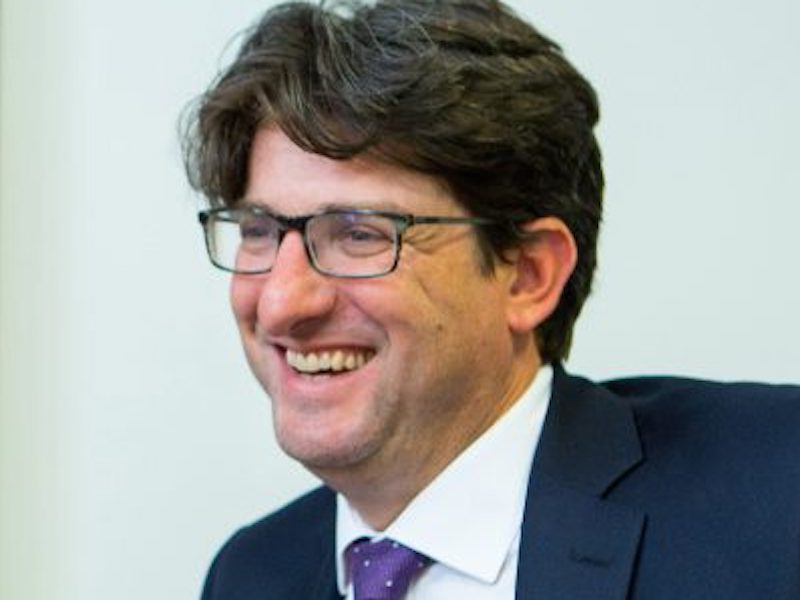 The association had made a complaint about the public affairs firm’s managing partner Lord Andrew Feldman, which has been rejected.

LONDON — A complaint made by the Public Relations and Communications Association (PRCA) about the conduct of Tulchan managing partner Lord Andrew Feldman has been rejected by the House of Lords Commissioner for Standards.

The PRCA’s complaint was based on a report on news website OpenDemocracy claiming that during the time that managing partner Lord Andrew Feldman was an unpaid Covid advisor to health minister Lord James Bethell (the founder of Westbourne Communications, who is also involved in the Portland Communications case) the government awarded a £28m contract to testing company Oxford Nanopore, and Feldman went on to provide consultancy for that company.

Tulchan is not a PRCA member and so cannot be investigated by the trade body, so the PRCA took a different route, confirming it had made a complaint to the House of Lords Commissioner for Standards regarding Lord Feldman’s role on the basis that he “failed to uphold ethical standards”.

However, the House of Lords Commissioner for Standards, Lucy Scott-Moncrieff, has confirmed today that she will not be investigating the complaint against Feldman, finding that there was no indication “that Lord Feldman acted in a parliamentary capacity, sought to confer a benefit through parliamentary means or provided parliamentary advice or services either as an advisor to DHSC or in his role at Tulchan Communications Group Limited. There is, therefore, no prima facie case that the House of Lords Code of Conduct has been breached.”

She noted that Feldman had been on a leave of absence from the House of Lords since 22 June and Tulchan began its advisory role with Oxford Nanopore on 25 June 2020 and “the Code of Conduct does not apply to members on leave of absence.”

Tulchan senior partner Andrew Grant told PRovoke Media: “We have always maintained that we, and Andrew Feldman, behaved entirely properly and are pleased that this view is shared by the Regulator and the House of Lords Commissioner for Standards. Andrew Feldman worked tirelessly during his time at DHSC and we at Tulchan, and he, are proud of the contribution that he made.”

In a further statement, Tulchan said: “In the past few days there have been a number of reports that have claimed that either Tulchan or our managing partner, Lord Feldman, have behaved improperly either during, or subsequent to, the period 24 March and the 15 May when he acted as an unpaid advisor to the DHSC. Both Tulchan and Lord Feldman have strenuously denied these suggestions and consistently believed that we have behaved with integrity and within the legislation.”

Following the media reports relating to Oxford Nanopore, Tulchan also provided the Office of the Registrar of Consultant Lobbyists (ORCL) with an explanation. The regulator responded stating that: “the Registrar is satisfied that, based on the information you have provided and no evidence to the contrary, Tulchan Communication LLP did not conduct undeclared consultant lobbying in the period under enquiry.”

In its response the the rejection of its complaint, the PRCA said: “It is the PRCA’s long and strongly-held view that legislators cannot also be lobbyists. We believe this to be true whether or not peers have taken a leave of absence.”

The Tulchan case is one of a recent spate of complaints and media reports around the conduct of public affairs and political communications practitioners and agencies, and their personal relationships with UK government ministers.

This included the Sunday Times reporting on a link between Luther Pendragon and “cronyism”, which has been dismissed by the agency and the PRCA this week.

Explaining the reason for making the complaint about Tulchan, PRCA Public Affairs Board chair Liam Herbert had originally said: “It is entirely unacceptable for lobbyists to use influence and relationships gained through public-serving roles for commercial gain. The conflict of interest is undeniable. This behaviour brings the industry into disrepute and damages trust in our profession at a critical time for our country."

And he added: “This week has given rise to a number of disturbing reports regarding unethical lobbying activity. We’d like to take this opportunity to remind all PRCA Public Affairs Board members of their ethical obligations. Any complaints alleging breaches of the Public Affairs Code amongst members will be taken very seriously."

In response, and before the House of Lords ruling, Tulchan had said it “completely rejects” the basis of the PRCA’s complaint and Feldman “utterly refutes any suggestion that he has failed to uphold ethical standards.”

The agency said: “Lord Feldman applied for and was granted leave of absence from the House of Lords in June 2020. There therefore cannot have been any conflict of interest between his work as managing partner of Tulchan and his role in the House of Lords as alleged by the PRCA.”

Tulchan’s original statement also said Feldman – a former chairman of the Conservative Party – “acted entirely in a personal capacity” and “was not involved in procurement decisions, which were made exclusively by officials following the proper process.”