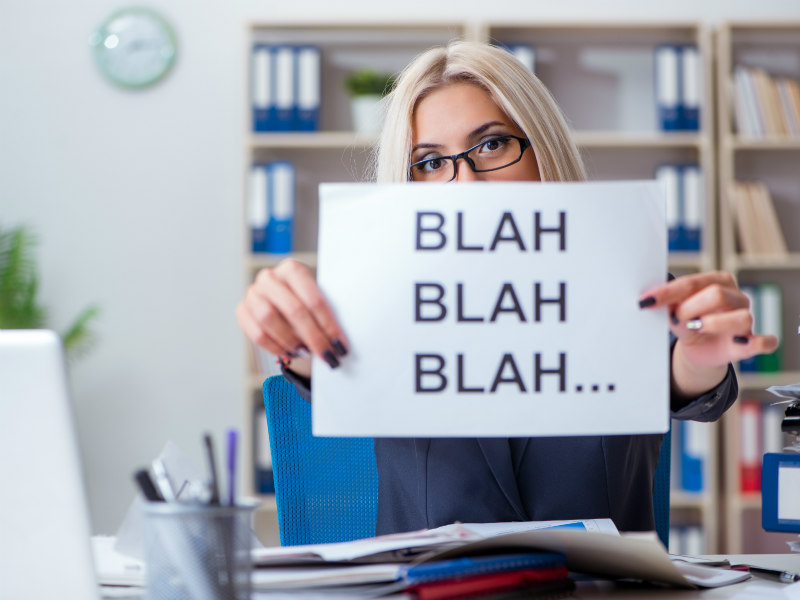 How B2B Thought-Leadership Can Regain Its Meaning

Today’s thought leaders need to adjust their content to suit a growing array of channels, but the fundamentals of communications have not changed.

Thought-leadership has never been easy to do well, and is today arguably more complex than ever thanks to the array of digital channels at our disposal. On the one hand, the likes of YouTube, Medium, LinkedIn and podcasts  offer unprecedented reach and engagement potential. On the other, they are fraught with challenges.

“The digital, networked world we live in today has opened up a staggering number of ways to share your ideas and connect with your audience,” says Cheryl Wadsworth, director of global communications at Rapid7, a Boston-based software company. “Social media platforms, blogs, podcasts, websites and in-person experiences give thought-leaders a massive megaphone, but also require a broad mix of formats for their content.”

To take one example, while some see Medium as a prime platform for business-related content, others argue that it lacks targeting potential.

"Publishing on Medium maximizes your chances of moonshot virality because, as a publication, Medium is incentivized to surface the best performing content to readers again and again," said William Wickey, director of product marketing and growth at Crowdbotics, an app-building company based in the Bay Area. In the same blog post, Wickey also acknowledges that "not being able to brand your Medium publication with your own domain is the biggest reason not to use Medium," among a few others.

Considering the challenges surrounding the discipline today, Steve Mnich, head of West Coast communications for IBM, says communications leaders should advise their executives on new platforms rather than allowing things to "run amok." “Communications leaders need to bring platform-specific audience insight to the table when advising about thought-leadership strategy,” he says. “Given the ever-changing landscape, companies and executives should be encouraged, if not incentivized, to test new platforms while regularly assessing the value of existing ones.”


For those who don’t know where to start, Mnich suggests asking a sample set of each platform's target audience and learning about the types of content that its audience gravitates towards.

'Podcasts are clearly having their moment'

No one channel is necessarily more valuable than another. Most thought leaders probably don’t need to be everywhere at once, and their choice should be informed by who they are trying to reach, and how. “Podcasts are clearly having their moment,” says Wadsworth, when asked if they stand to take the place of blogs. A good example is the biotechnology company Genentech’s ‘Two Scientists Walk into a Bar’ series, where discussions range from how cancer occurs to the inner workings of the immune system.

But Wadsworth doesn’t see the channels as competing. “They each serve a purpose and deliver an entirely different experience for the audience.” A blog invites engagement with the author through comments and discussion, while a podcast “can serve up a variety of opinions on a topic and examine that topic very deeply depending on how it’s structured. There may be a case to have both in your thought leadership toolbox.”

Channels like video have made it easier for marketers to build thought leadership programs, observes Mark Nardone, executive vice president of PAN Communications. The live nature of webinars can help build an instant connection with the audience. But he cautions that this style of content delivery comes with a bigger margin for error. In simple terms, not everyone is suited to video or audio, and if they want to use it, they need to learn how. “It’s easy to come off as rehearsed or inauthentic if you don’t adjust your tone, and that’s where thought leadership becomes less powerful,” he cautions.

His advice is to “find a platform that you’re comfortable with and that suits your brand but also reaches your target audience. Focus your efforts there. Don’t chase the next shiny object just because your neighbor is doing it. Your thought leadership program will be more impactful if you tailor it to the channels that fit your strategy and the needs of your customers.”

'That’s the antithesis of thought leadership'

There is still a place for old-world techniques. Eric Channing Brown, vice president of corporate marketing and communications at DataStax, a data management company in the Bay Area, sees earned media as “less impactful” today for carrying a thought leadership message as “narratives become more diluted and competition for space is too fierce”. Wadsworth disagrees, but sees even more value in face-to-face communications channels, which can still enable some of the strongest connections with audiences.

The fundamentals of thought leadership haven’t changed, although content today “has to be pithier and more actionable” than it once was, Channing Brown says. It should also never be salesy. “People can always sniff out when they are being sold to, and that’s the antithesis of thought leadership,” Wadsworth says.

When tempted to go down this route, it bears looking to standout examples of B2B thought leadership such as IBM’s ongoing ‘Smarter Planet’ campaign. Instead of focusing on the company, the initiative starts with the premise of what IBM aims to offer—systems to make things work better—and brings in numerous outside examples to bring the concept to life in a credible way.

Opinions need to be relatable while being original. Sometimes “people try so hard to be unique that they cease to be relevant”, says Channing Brown. “Or they project too far into the future.”

While it can be fun to discuss the future, thought -leadership should really focus on the present, he argues, noting that “what really gets clicks and interest is something with a near-term ROI”. There are exceptions: Microsoft’s ‘Explanimators’ is an example of forward-looking content that is particularly engaging.

Modern thought leadership is essentially about “the ability to identify, understand and share intelligent views about the macro trends in an industry so that your audience sees you as a visionary or resource on topics that matter to them,” surmises Amanda Bohne, vice-president of marketing at AppNeta, another Boston-based software firm.

“The best thought leaders have empathy for their audience and a specific goal, direction and intent,” says Mnich. “They prioritize quality over quantity and speak directly to a specific set of stakeholders. They personally relate to their audience and share in their interests, priorities, burdens and beliefs. They are not afraid to be contrary and creative because they understand and respect the realities of their readers. They hold themselves accountable for publishing high-quality content, both short and long form. These people know their tribe and consistently offer high value perspectives and resources.”

It’s really about adding value to an existing conversation, Channing Brown says. He does not see the social purpose movement having the same impact on B2B communications as it has on B2C; in the enterprise space, innovation and maximizing profits take precedence. Still, “the conversation is largely driven by customers rather than by the industry, especially in enterprise tech. So I talk less about thought leadership and more about conversational relevance."

While providing business value might be a top priority for B2B companies, in this era of the consumerization of enterprise technology and fierce competition for top talent, plenty of B2B companies are wading into social issues. For instance, SAP Ariba allows its corporate customers monitor whether slave labor might be used within their supply chains. Meanwhile, Salesforce has made "equality for all" one of its core values.

Nardone says the objective should be to have customers or employees engage with or advocate you organically, while ensuring brand positioning and key messaging remain intact. “It takes a lot of adjustment, but the level of trust and credibility it brings makes the process worth it,” he says. 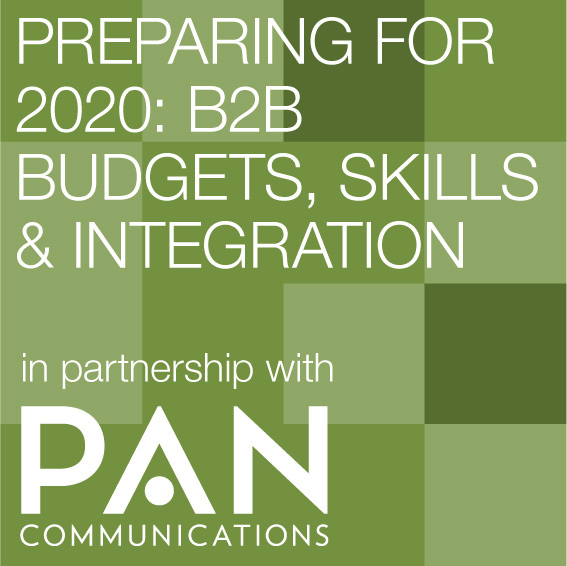