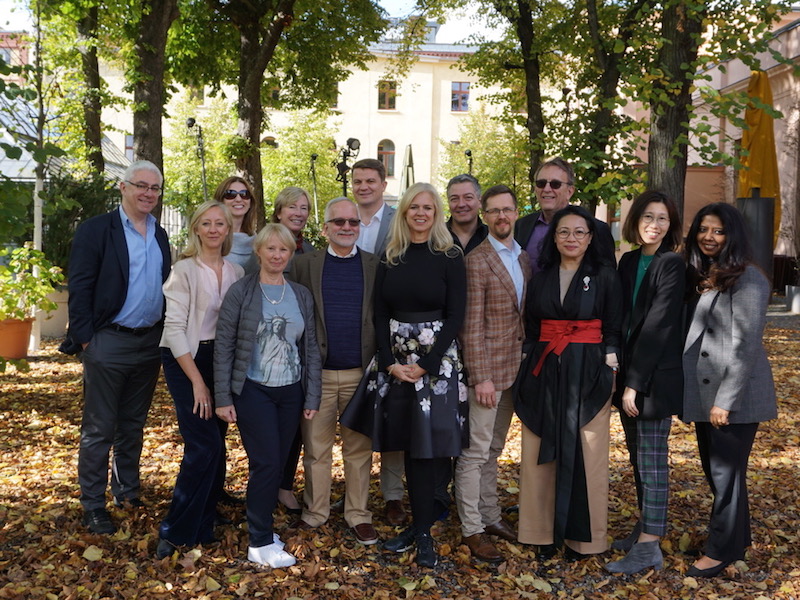 Fluid has 18 founding members from around the world, 16 of whom are former Edelman executives.

The organisation, called Fluid, has 18 founding members with experience in various sectors and specialisms, in markets in North, South and Southeast Asia, the Middle East, Europe and the Americas. Apart from Kunze and Kaffsack, 14 of the remaining 16 members are also former senior Edelman executives.

All Fluid members are senior communications counsellors, who will remain independent and will come together on projects as required to meet specific client needs.

Its founders said it “represents a new model of consultancy, which – unlike an agency – thrives on the independence of its members. Fluid members act as sparring partner, advisors and external project managers to work with in-house teams or agencies.”

Fluid’s stated aim is to “solve communications-intensive business issues for clients in markets around the world,” in areas such as digitalization, the disruption of traditional industries or the need to take a local approach.

Kunze, who was with Edelman for 19 years and was the agency’s vice-chair of global accounts when she left in 2017, told the Holmes Report: “We’ve taken our time to observe whether this would be beneficial to clients and get the group together.

“We recently all spent a few days together in Berlin and it was like magic: we worked on a live client exercise and we were so fast and effective. Everyone is very excited that we can still be independent and so flexible. We’ll expand a little bit, hand-picking people we trust, but we’re not in a rush to be a platform for finding client projects.”

Kaffsack, who was formerly deputy managing director of Edelman Middle East, told the Holmes Report: “Everyone has their own company, and they are all from different backgrounds, and all former colleagues or clients – we’ve all worked together at some point in our careers. We are all fiercely independent, with different expertise, but share the same values and principles.”