Please refer to our Privacy Policy for important information on the use of cookies. By continuing to use this website, you agree to this.
Home Latest ICCO Summit: 'Agencies Must Expand Swim Lanes' Says Ketchum's Barri Rafferty 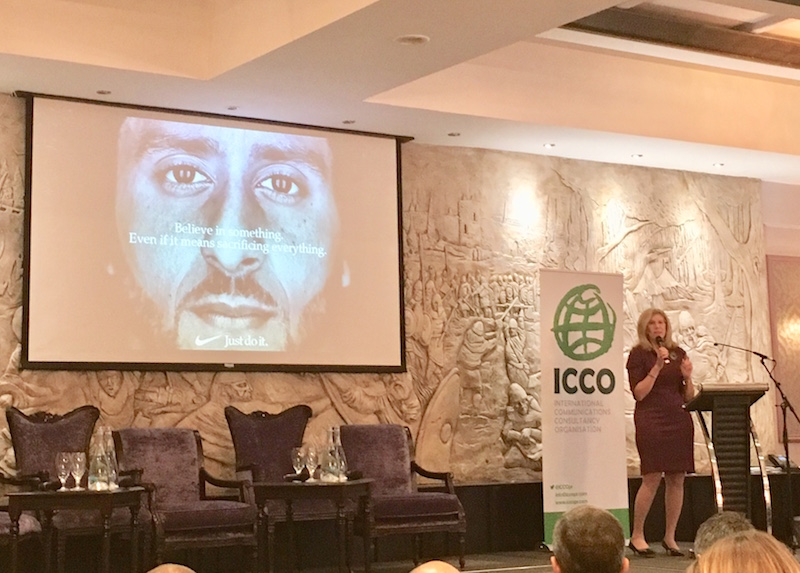 She told delegates: “Sometimes we’ve narrowly defined our discipline and thus the world around us has too. We need to really think about what we want to stand for as PR agencies, how we want to redefine what a communications consultancy is, and how we become a bigger part of the business model to drive brand awareness, reputation and sales.”

One key way in which agencies could reinvent themselves was through better business acumen, she said: “We not only want to help clients through organisational change, we also want to create opportunities to grow our own business.”

Creative diversity was also another area that Rafferty mooted as being ripe for improvement: “We surround ourselves with too many people who think alike, and it creates a creative echo chamber. Are we bringing enough different types of people, from different backgrounds, around the table to create different types of creativity?”

A third way in which agencies could seize the advantage was through understanding brands’ shifts from “marketing to sell, to marketing to serve.” Commenting on Nike’s Colin Kaepernick ad – the most referenced image of the entire conference – Rafferty said: “Nike actually took no risk with the ad: they totally understand their target audience. They played to their young core, to black Americans, who they know will support their brand, and sales went up 31% in week one.

“Brands like Nike have been authentic in how they serve and stand up for their core market. More and more brands are taking a stance on political and social issues, so we need to do the research and analytics to make sure we really understand that brand’s consumer.”

Finally, Rafferty said PR professionals could expand their remit by acting as clients’ conscience: “Leaders today have more visible personas than ever before and our expectation of them is higher than before. We’ve seen CEOs hurt their reputation. We have to help guide and fix, but a lot of CEOs are role models for change and use their positions for the greater good. We can be their conscience.”