Please refer to our Privacy Policy for important information on the use of cookies. By continuing to use this website, you agree to this.
Home Latest ICCO Summit: More Freedom, More Flexibility Needed To Retain Talent 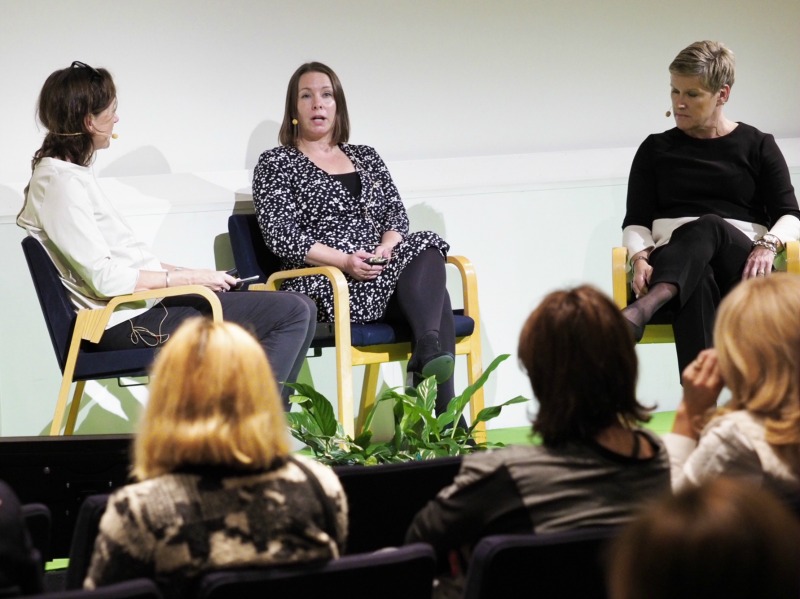 The PR industry needs to offer greater flexibility and greater freedom to employees if it is to attract and retain the necessary talent for future success.

HELSINKI—The PR industry needs to offer greater flexibility and greater freedom to employees if it is to attract and retain the necessary talent for future success, a panel of experts told the ICCO Summit in Helsinki this afternoon focusing on the talent challenges facing the PR industry and asking, “Is It Us or It Them?”

Introducing the discussion, moderator Lindsay Patterson, an executive coach and coaching consultant—and former senior executive with Interel—insisted that better talent management is critical to the future of the profession: “We can’t innovate without the right people and we need to start thinking about people and not human resources, because without those people we are nothing and we can’t deliver.”

She presented research conducted in the UK, and identified a number of issues around flexibility.

“We talk about flexibility in the context of women, but this is an issue for men too,” he said, pointing to a finding that four out of five men want flexible working. The same survey found that 90% of employees—across the board—dislike the nine-to-five day.

“We also need to think about the fact that women make up 70% of this industry, but only 30% of CEOs are women. There’s a long way to go in terms of women’s opportunities in this industry.”

That has been a critical factor in some of the talent practices at UK-based tech agency Hotwire, according to the agency’s HR director Loveday Langton, who points to the number of women who leave the industry during their child-bearing years and never return. “We need to show them they can stay in PR. If we want to keep all that talent and skill, we need to let them know they can stay.”

Hotwire has several other innovative policies, including the working hours to suit the talent and in the US allowing people to work anywhere at any time.

“Traditionally, PR is a command and control culture,” Langton said. “Moving away from that requires a different management style. There can be a lack of trust, but the things people are worried about—will they perform, will they deliver—are issues whether people are in the office or working from home. Work is something you do, not somewhere you go. People can think about the way that’s more effective for them to work on a given day.”

A more legitimate concern, she acknowledged is the impact on team-building and culture, that sense of belonging and relationships.

Kaija Pohjala, CEO of Finnish PR firm Cocomms and a leadership and business coach, has made “happiness” a focus, and one of the company’s values.

“Happiness was value from the beginning because we were all having fun, from when we started,” she said. “The new recruits today, who are much younger, we end up in interesting discussions about that happiness means in the workplace. Happiness doesn’t mean that you do whatever you please… it means it cool to do work that really has benefits for the customer.”

She also believes in giving people the freedom to set their own hours. “I don’t pay to see their face. I require for them to have the results. As long as the client is happy and the team is happy, they can do the work as they want.” She also discussed the impact of generous maternity—and paternity—leave policies in Nordic region. “Every man in our office with a child took six to nine months paternity leave,” she told an audience that included several shocked Anglo-Saxon males.

Taking leave has no negative impact on their careers, she said. “When I see director potential in someone, I don’t worry about whether they are going to take maternity leave or paternity leave. I think long-term. And if they are at home with their kids, they will appreciate what the company is doing. I think they make perfect directors, perfect managers, perfect project leaders. When they come back they are different people, like we moms who have been away.”