Please refer to our Privacy Policy for important information on the use of cookies. By continuing to use this website, you agree to this.
Home Latest In2Summit: Media 'Can't Back Down From A Fight' 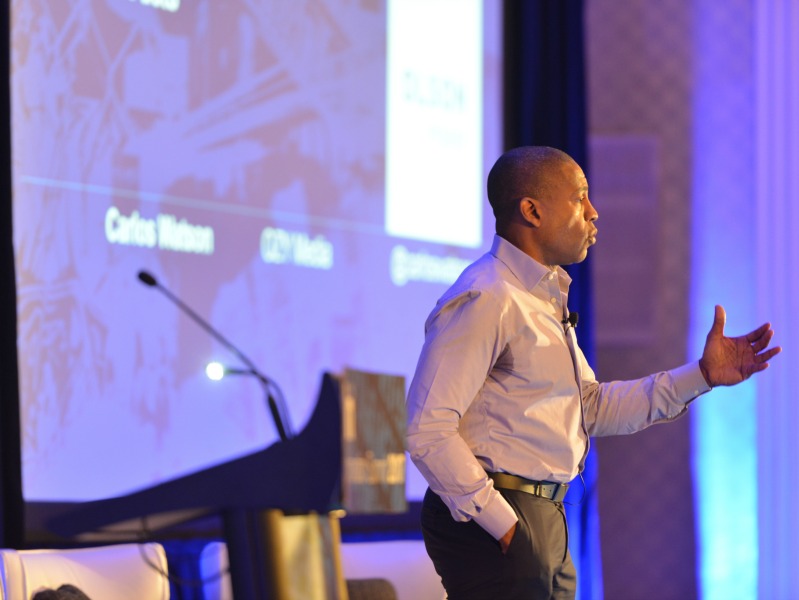 In2Summit: Media 'Can't Back Down From A Fight'

The media can’t be seen to “back down from the fight” if they want to engage younger readers and viewers in an era of increased polarization, alternative facts and fake news.

CHICAGO—The media can’t be seen to “back down from the fight” if they want to engage younger readers and viewers in an era of increased polarization, alternative facts and fake news, journalist and entrepreneur Carlos Watson, co-founder and CEO of OZY Media, told attendees at The Holmes Report’s fourth In2Summit in Chicago this morning.

Watson, who was presenting as part of a session sponsored by Chicago-based agency Olson Engage, founded OZY Media along with partner Samir Rao because “we wanted to be the place that introduced you to people and ideas before they reached the mainstream media.”

But he discussed the way in which his site—once a disruptor of the mainstream media—was itself disrupted by the events of 2016. “Last year came along, and we realized we were going to have to do something different to deliver trusted news to a relatively young readership. And all of that changed once again with the election. Since the election we have had to think about everything anew: how would we remain relevant in time of fake news?”

Watson said OZY had draw a number of lessons from the events of the past 12 months—all of them relevant to public relations practitioners and to other news organizations.

“First, the problem is not just fake news; it’s thin news. It’s not just that something is misreported, it’s thinly reported with pieces missing and context missing. So the first challenge for us was to ask whether we could earn credibility as a relatively young digital platform and say, you can trust us to deliver the kind of news with depth and context.

“Third, there’s no doubt that—no matter how you feel about it—the Trump administration has been disruptive in terms of tone and policy, and in that environment, you have to take chances. One of the things we did was we took about half of our reporters and put them on the road to all 50 states to make sure they are hearing from a wide cross-section of people.

“Fourth, the reality of this era is that it will be volatile. Whatever plan you put together for coverage or for storytelling will only be good for a 60 or 90-day time frame. You can only plan in 60 to 90-day increments, and that’s a different place to be for your reporters as they try to develop a beat.

"And finally, the level of interactivity. The number of comments we get from readers and viewers in the last 60 days has gone up fivefold. Our stories can get 500, even 4,000 comments. People are much more aggressively suggesting stories that should be covered. And so it’s incumbent on us to listen, to be more interactive.”

A challenge for all media, Watson says, will be incorporating the insights gleaned from all that interaction into coverage.

And that will require a willingness to take risks. OZY, for example, recently invited liberal Democrat Al Franken to serve as guest editor—a decision the resulted in the online magazine’s best readership numbers ever, but also the highest number of unsubscribes in its history (despite the fact that Karl Rove had been guest editor a couple of weeks before).

“It’s important that media be willing to take risks,” Watson said. “Because the real risk is whether people think they are pushing back as hard as they can. If you back down from the fight I think that will have long term implications. Media will continue to have a challenge in terms of engaging younger viewers and younger readers. To do that will require rawer coverage.”