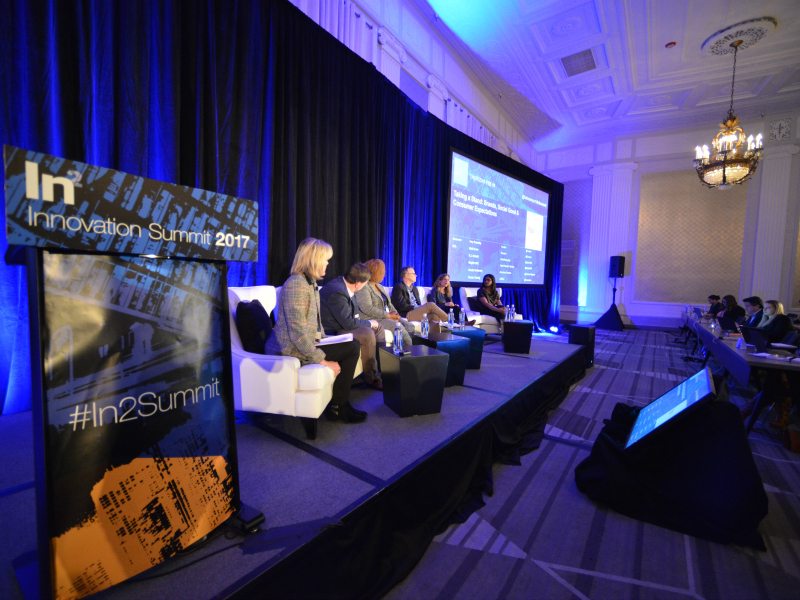 In2Summit: 'Everything Is Seen As Political Now'

Today's polarized environment means there is greater reward — and risk — for brands to take a stand on social and environmental issues, according to a session at the In2 Summit North America in Chicago today.

CHICAGO — High-profile brands considered whether consumers reward brands that do social good and the consequences of overstepping or misreading their fans as part of a conversation moderated by YouGov at the In2 Summit North America in Chicago today.

YouGov’s managing director Amy Emmatty directed the conversation with research: 57% of consumers believe that brands tend to support causes that are popular whether or not they are making an authentic commitment to that cause. Meanwhile, 48% of consumers need to believe in a brands’ values in order to talk positively about them on social media.

Brigitta Witt, Hyatt’s global head of CSR, said the hotel giant seeks out causes that sit at the intersection of its business and its purpose.

“We want to be able to advance an issue,” she said. “AIDS is a huge issue, but we can’t do much to progress it. But we can do that for sustainable seafood and human trafficking because those intersect with tourism and hospitality.” She also noted that nuanced positions are harder for brands to take in today’s polarized environment — instead stances are now seen more plainly as “for versus against.”

Ad Age’s E.J. Schultz pointed out that under previous administrations, a brand — like Under Armour — wouldn’t face such harsh blowback for making a positive statement about the president.

“That would be nothing a year ago — and now they have to run a full-page ad in the Baltimore Sun to outline their beliefs,” Schultz said. He also drew upon YouGov data that shows that 37% of consumers thought Lady Gaga’s Super Bowl halftime show had a political message.

“She didn’t say anything, this wasn’t a Meryl Streep moment,” he said. “This should be a cautionary tale for brands, anything can seen as political now.”

Groupon’s Matt Kruse noted the company’s young workforce often informs its values — but also noted how social activism is embedded into Groupon’s early days when deals had to reach a tipping point before activating. “The idea was that thousands can make a change and have a social impact.”

Likewise, JetBlue’s Tamara Young said focus groups revealed that employees and customers were looking for JetBlue to mitigate its environmental footprint in some capacity — but weren’t strongly opinionated on how this happens. She added, on the back of Trump’s immigration ban, the company made its lawyers available to employees impacted by the order.

But there are definite risks with taking a stand. Emmatty shared data showing that 59% of consumers are willing to boycott a brand based on a stand it takes.

“Beyond just boycotting, it’s the public shaming that we worry about — and the airline industry is one that people love to hate and are willing to engage with on social media,” JetBlue’s Young said. She also recalled an example when the company’s internal policies didn’t reflect its public stance and how that was rectified.

When it comes to internal policies, American Express’ Amelia Woltering mentioned the company recently launched a five-month parental leave policy for all parents and how that reflects its overall brand value and talked about its #VoteYourPark initiative.

“But we always try to be diplomatic,” she added. “We ask ourselves, what do we want to engage in? What is our threshold? And based on that, we give the right counsel.”
Article tags
Social Purpose YouGov latest In2 Summit Events Chicago