Please refer to our Privacy Policy for important information on the use of cookies. By continuing to use this website, you agree to this.
Home Latest IN2Summit: 'Look For Points Of Shared Interest' With US, China Relations 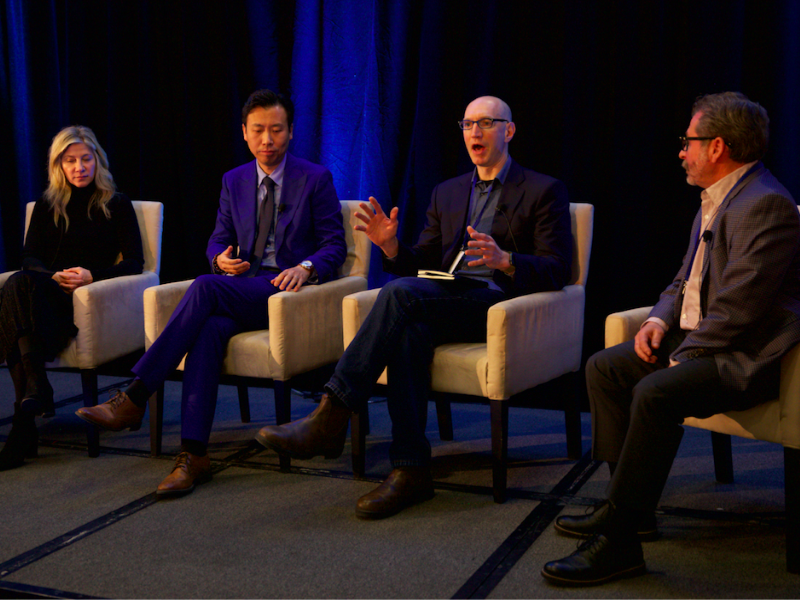 IN2Summit: 'Look For Points Of Shared Interest' With US, China Relations

Although US companies face increased challenges doing business in China, communicators speaking Wednesday at the North American IN2Summit said there are a myriad of ways to engage stakeholders in both countries.

SAN FRANCISCO — Heightened tensions between the US and China — fueled by factors including the Trump administration and a more aggressive China — has ramped up the complexities communicators face in facilitating business between the two powerhouses.

“It’s always been complicated to a certain degree. But I think for a long time there was a pretty well understood operating framework, a fairly stable political and economic relationship,” William Moss, Intel’s director of reputation communications, said Wednesday at Holmes Report’s North American IN2Summit.

“We as a business communicate about our work in China and our Chinese customers and business there are now more factors that we have had to factor and juggle and more a delicate line we have had to walk to be aware of the political sensibilities on both sides,” he said.

Moss’s comments were part of an In2 panel discussion focused on bridging the communications gap between China at the US, and how communicators are doing that at a particularly fraught time in the political and economic relationship between the two nations. Participants in the panel, sponsored by The Hoffman Agency, also included Jennifer Kuperman, Alibaba’s head of international corporate affairs, and Jason Cao Hoffman’s general manager for China.

Speakers said that among the greatest challenges communicators face is breaking through the “anti-China rhetoric” prevalent in the US in order solidify relationships with the wide range of stakeholders necessary to succeed in doing business there.

Moss agreed, adding that it’s incumbent on communicators to diffuse the misinformation out there — which is prevalent among groups from the press to employees — to accomplish their goals.

Kuperman stressed the importance of companies using a wide range of channels — including traditional ones — to engage stakeholders in their story in order to get buy-in in both China and the US.

Creating an influencer market is key, as is engaging and mobilizing employees. "Every employee is an ambassador, no matter where you are,” she said.

Media relations is also a staple, Kuperman said, adding that she does have reservations given the overarching problem of it inaccurately portraying China and its US relationship. "I have mixed feelings about traditional media but they are a reality,” she said.

“We look at the media not only as a channel but also as an audience that we need to educate every single day,” she said.

Which is not to say there isn’t opportunity for business given the moment, Cao said. “Some companies view this as a great opportunity to speak with the Chinese government and show their commitment,” he said, emphasizing the importance of foreign companies learning the intricacies of working the Chinese system.

Moss touched on a similar theme, saying that the optimism he has for the ultimate stabilization of US/Chinese business relationships is based on knowing how to work them. “In the service of that optimism, being ready for those complexities, is essential for navigating uncertain times,” he said.

“There’s a huge amount of common interest between the two biggest economies on the planet. Look for points of shared interest,” he said.