Please refer to our Privacy Policy for important information on the use of cookies. By continuing to use this website, you agree to this.
Home Latest In2Summit: 'We Are Focused On Social Business, Not Just Media' Says Hyatt's Dan Moriarty 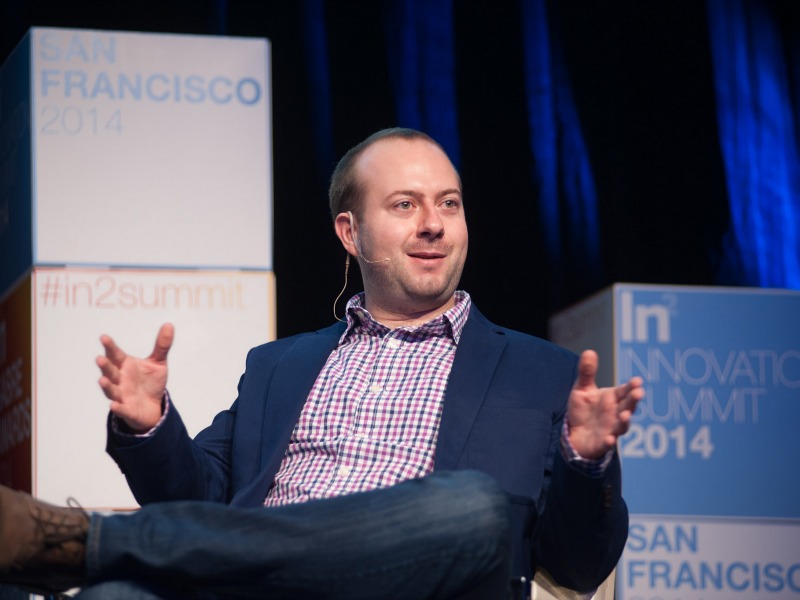 SAN FRANCISCO—The future of engagement will require communicators to leverage the credibility of influencers, to amplify positive messages on social media, a panel of experts told attendees at the In2 (Innovation + Insight) Summit in San Francisco this morning.

SAN FRANCISCO—The future of engagement will require communicators to leverage the credibility of influencers, to amplify positive messages on social media, to harness the emotional power of video, to generate compelling content, and to maximize the return on investment from native advertising, a panel of experts told attendees at the In2 (Innovation + Insight) Summit in San Francisco this morning.

“We are focused on social business not just media,” said Dan Moriarty, director of digital strategy at Hyatt Hotels, summing up the breadth of discussion at “The ‘Unpanel’ on Digital Insights and Innovations,” sponsored by M Booth and moderated by Dana Hudon, senior vice president of digital at the New York-based firm. “It is not just distribution or content. It’s a huge behavior shift, particularly for companies like ours where you experience the brand, you don’t just purchase it.”

Moriarty focused first on the ability of brands like Hyatt to amplify positive experiences on Twitter and other channels.

“Historically, brands have tended to jump when negative comments come through,” Moriarty said. “We scream and we run to the corporate communications team for help. But we realized—I have three-year-old— that we deal with consumers same way we deal with kids. We have trained consumers that they will get attention for negative remarks.

“We are trying to flip that on its head. We still respond to negative content, but we want to jump just as hi if someone posts a photo of the sunset from one of our hotel roofs. People should be rewarded for that kind of behavior too.” As a result, he says, the company has seen a big increase in retweeting of those positive comments from consumers.”

Kim Milosevich, partner at Andreessen Horowitz, meanwhile, was focused on the power of influencers.

“We are in the era of the influencer,” Milosevich said. “We are no longer figuring out whether we have story and whether we are giving it to the Journal or the New York Times. We are trying to figure out who we are trying to reach. If you are trying to reach young male gamers or moms you can find a influencer who will help you reach them, whether it’s a blogger or someone who is a regular guest on the morning TV shows. There are new ways to reach audiences with more influence.”

“Our main goal is to help translate and explain technology to the world. It’s our job to understand who is moving the conversation. If you do that, you are naturally going to find influencers and figure out how to bring them into your fold. Even in the consumer world, where perhaps there are more tools that can help you identify who is having an influence, you have to use your own experience, your own instinct—and sometimes take a chance.

“We did that in the gaming space to find a brand advocate who loved the product, and then we wanted to work with them in space they were really comfortable with, in this case, it was a guy who had his own YouTube channel, and so there was a lot of video.”

Moriarty, however, expressed a concern over the increased emphasis on influences, and particularly paid influencers.

“I think there is something inauthentic about paying people to advocate on behalf of your brand,” he said. “We think our customers are better placed to do that.”

But Sam Whitmore, founder and editor at Media Survey, suggested that consumers may not be able to change perceptions quickly enough for some companies. “When I think of Hyatt, I think it’s an older brand. I think of it as a consersvative, take-no-chances…. An influencer from the social world or from a media brand could reposition people’s ideas of what the Hyatt brand is about in 2014 or 2020. That’s not going to happen organically.”

Another topic that generated some controversy was video. While Milosevich found it effective for the gaming company, she acknowledged that she rarely had the patience to sit through video content online.

Moriarty agreed. “I think the game changer will be when we can all watch video on our phone the way we do on other channels. Video is a terrible experience on mobile right now unless you are on wi-fi. But video gives us a way to tell a story, particularly in a more emotive way. We have big plans for video in 2014.”

Says Miosevich, “If you can make it entertaining, people will watch. You have to have something visual to show in the tech space there isn’t ways something like that. But when I was at Skype, we could tap into the emotional experience, for example, showing users experiencing the product.”

One area where there was little disagreement was on the growing importance of native advertising.

“Brands should tell their own story, but there is not enough efficiency in the system right now,” said Whitmore. “In the early days of web advertising, there was no standardization. Needed five ads for five different sites. We are in same place today with native advertising, I think this is going to b the year when scale comes to telling your own story.

There’s so much good compelling content, but it comes and it goes. Companies like Outbrain, people in the contextual distribution business, it is about content in context—they are transforming how to get new life into this kind of content.”

Perhaps most critically, there will be new ways of measuring the impact of native advertising (and other online content) and figuring out what works and what doesn’t.

Jared Feldman, founder and CEO of Mashwork, explained: “The biggest reason we get engaged is to justify the ROI of something like native advertising. In social TV, for example, there are ways to know whether someone is in zip code you have bought media against. That sort of personalization and specificity changes everything. As measurement gets better, we have way more effective ways to get at consumers in their natural environment.”