Please refer to our Privacy Policy for important information on the use of cookies. By continuing to use this website, you agree to this.
Home Latest In2Summit Africa: Communicators Urged To Understand 'Business Of The Business' 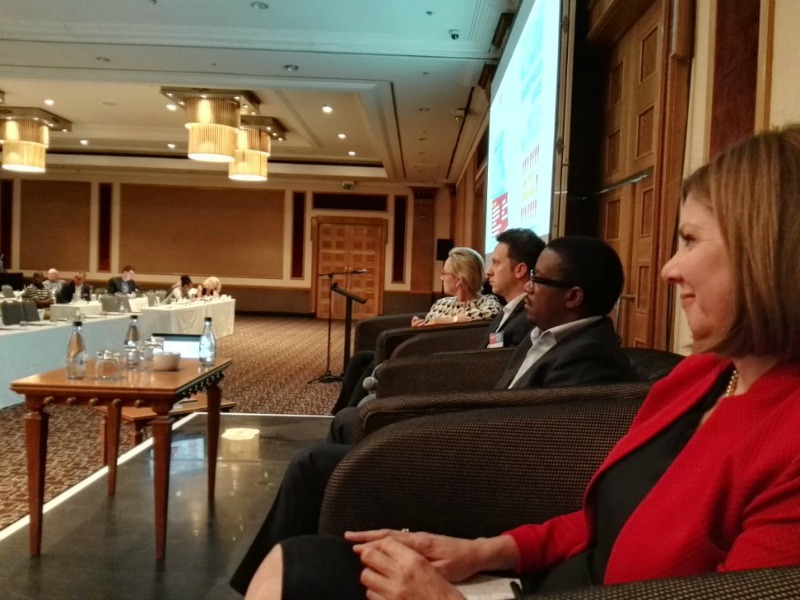 In2Summit Africa: Communicators Urged To Understand 'Business Of The Business'

A heavyweight panel of C-suite executives called on the region's PR professionals to keep pace with the changing role of communications.

“You have to be able to communicate what the perception of the organization by employees looks like, or what the community perception is,” Motsieloa said. “But you have to be able to translate what that means so that senior executives understand what it means for the business, in terms of recruiting better quality people from the community, or minimizing the impact of potential disruptions,”

Motsieloa was joined during the session—focused on “Tackling The C-Suite: Communications as a Genuine Management Discipline”—by representatives of two companies where the role of communications has changed quite significantly in recent years.

Alon Lits, general manager for the sub-Saharan Africa region at Uber, explained that the public affairs function at the ride-sharing pioneer has changed considerably in recent years, to the point that senior vice-president of communications and public policy Rachel Whetstone is one of the few people who can tell Uber CEO Travis Kalanick “how he should be doing things and when he is stepping out of line.”

According to Lits, “We have come a long way over the past couple of years. We made some mistakes, which is part of the evolution of the company from a start-up to a multinational brand, and we have learned a lot about the importance of communications.”

Meanwhile, Wrenelle Stander, public affairs SVP at Sasol, described the evolution of the communications function at the company: “When I joined a couple of years ago, we were the ‘champagne department.’ I came from the business side—I am not a communications person by training—and I wanted to make sure that we were absolutely focused on managing stakeholder relations.”

That’s a trend consultant Robyn de Villiers, chairman and CEO of Burson-Marsteller Africa, has seen more broadly. “When we started in this business, we never had a CEO as a client,” she told an audience of 150 senior practitioners. “We reported to the in-house PR person, or the marketing department, or even to the ad agency. But that has changed. The CEO now understands the value of working closely with the internal communications team or the outside counsel.”

One reason for that, she says, is that the reputation of CEOs in general has been under attack. She cited research showing that ordinary people would trust “information from the company receptionist” more than the CEO, and that very few ordinary people understand the role of the CEO.

But it is not only CEOs who are coming to recognize the value of communication. Stander says that her organization has been working to help other members of the leadership team engage with media and other stakeholders. It has been inviting reporters inside the company for roundtables focused on specific business sectors, such as chemicals and energy, and inviting parliamentarians to visit the company’s facilities. That outreach has been welcomed by both sides.

At McDonald’s, meanwhile, “we are a customer-facing business, and so we have to help our employees understand that they are our brand ambassadors,” said Motsieloa. Lits made a similar point about Uber drivers, who have played a role in the company’s brand and reputation building from their interaction with customers to addressing political issues.

Says Motsieloa: “It is part of our job to clarify the message from the boardroom down to employees, and also to deliver messages from employees to the boardroom in such a way that they are taken seriously.”

More broadly, the communications function was seen adding greater value when it delivered messages in two directions. Said Stander: “We really have to understand who our stakeholders are and we have to make sure that we think about them when we are designing our processes and our policies. When we put together an issue map, we have to take into account not only our own issues but also what the issues are for our stakeholders.