Please refer to our Privacy Policy for important information on the use of cookies. By continuing to use this website, you agree to this.
Home Latest In2Summit: Q&A with Colin Byrne on the Digital Revolution 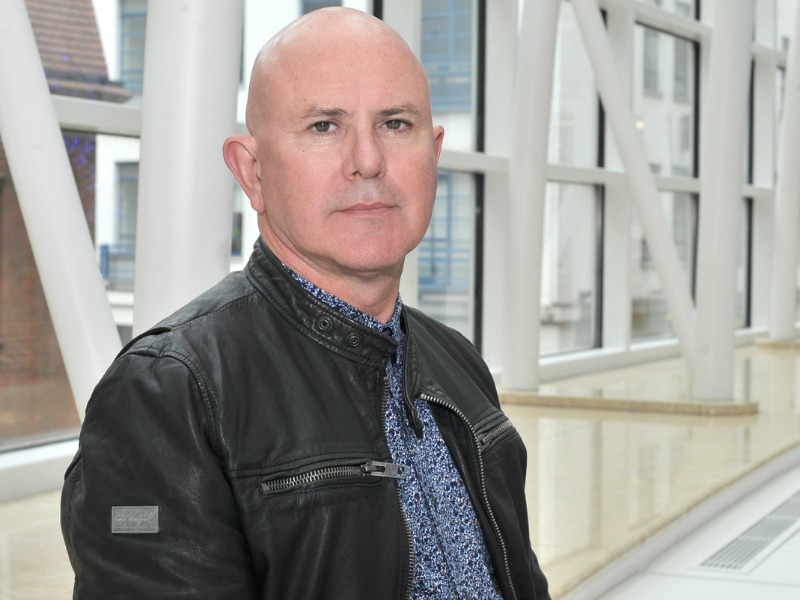 In2Summit: Q&A with Colin Byrne on the Digital Revolution

Weber Shandwick's UK & EMEA CEO Colin Byrne previews Tuesday's keynote with a conversation on the digital revolution — and why PR hasn't yet adapted.

Weber Shandwick's EMEA CEO Colin Byrne moderates the keynote session "Transform or Die: Cracking Content to Commerce and the CMO Challenge" at the upcoming Innovation Summit London on May 23. We spoke to Byrne about some of the topics that he'll tackle during the session that, at its core, looks at how PR has to embrace business transformation in order to be a real, sustainable partner to CMOs.

Q: We’ve been hearing about social media and ecommerce for awhile now — what are the latest developments that make this such an important topic right now?

Colin Byrne: China's WeChat, originally a messaging app like WhatsApp, is now used by its 700 million users for everything from mobile banking to following brands and buying their stuff. This is showing us the way. One-third of users now shop directly via the app — double what it was 12 months ago. In Europe, Facebook's Messenger app has the potential to develop into the West's WeChat. For the first time in social media's relatively short life we can increasingly measure the value of social media engagement not just by the number of likes and shares, but the number and value of 'buys.' Expect the dizzying pace of change to continue.

Q: What are the obstacles to a widespread ecommerce adoption in UK/EMEA that resembles what’s happened in China with WeChat?

Byrne: In China, half of WeChat's users have linked their bank accounts to the app's mobile payment platform. This innovation does not yet exist with Facebook Messenger, but once it does the impact will be as fast and furious as we are seeing in China.

Q: As social media increasingly becomes a commerce platform, how will PR need to adapt its thinking and approach? And what needs to happen for the industry to start developing campaigns that can measure business impact?

Byrne: My Chinese colleagues call the way we do this "C3" - Content. Community. Commerce. We have started to redesign our social approach to move from the top of the funnel (awareness) down to conversion. This has required investment in a host of new capabilities, from data analytics to e-commerce, mobile and CRM expertise.

In simple terms, we create appealing content that engages and builds our community and now drives to commerce. In China we make heavy use of influencers to co-create content and drive conversion: livestreaming commerce is all the rage.

In Europe we need both platform evolution and a change of mindset. PR has done well to fend off an ad and digital agency land-grab over social media. But we still think in terms of awareness and celebrate 'breaking the internet'. That is not going to fly for long with numbers and ROI focussed CMOs.

I personally celebrate the number of business and technology school graduates now choosing PR as a career. If those commercially minded people don't exist in your agency, go outside of PR and bring them in, as we did with the acquisition of mobile marketing firm Flipside in London last year.

Q: Let’s talk about fake news/post-truth communications — you’ve predicted we’re likely to see that increasingly migrate from politics to the corporate world. How do you think this will play out and what should the industry be doing to prepare itself?

Byrne: I think brands faced "fake news" before politics, even if we didn't call it that. Bogus footage claiming evil looking gunk being put into fast food, that sort of thing, has been harassing brands since Youtube first took off. The problem is that increasingly people don't care if it is true or not and have a 'no smoke without fire' attitude fueled by declining trust and increased scepticism. We have to rebuild trust and be ever vigilant for where the next attack is coming from. And that's fine because that has been PR's mindset for the 36 years I have been in the business and more. Social media has sped up the necessary response time and the attitude and tone of that response, that's all.

Q: How can the industry reach its full creative potential?

We also have to liberate our creatives, and the creativity in our wider staff. Creative departments should not be islands of creativity, but stimulus for all our people to be creative and to contribute that creativity. I feel very strongly that you can't expect a young staffer to spend ten hours a day in front of a desktop and then go be creative. People need space and time to soak up creativity, be it inspirational speakers in the workplace, going to the latest art gallery exhibition, watching TED talks and Cannes case films or reading Wired to look at the latest technology trends. Agencies should be creative spaces and learning spaces.

We are very lucky at Weber Shandwick to have Prime PR in Sweden in our network. As the most creative and Cannes Lions winning PR firm in the world, we have been learning a lot about their creative strategies and applying them to our global clients.

Q: Can you share some of the most effective ways that you’ve seen to increase the diversity of the PR industry in Britain?

Byrne: We are partnering with a variety of organisations - The Taylor Bennett Foundation, the Media Trust, Global Women in PR, Women in Marketing - on our diversity agenda. The TBF has a great track record of helping BAME (Black, Asian and minority ethnic graduates) into PR jobs and the Media Trust does likewise in the wider media industry with young ethnic talent from a variety of educational and social backgrounds. We have also set ourselves the Creative Industries Federation's target of a minimum 11% consulting staff from BAME backgrounds. I am pleased to say through our various programmes we have achieved this already in the UK and I hope we reach 18% in London (the CIF's recommendation based on the BAME population) soon.

Q: Tell us what you know about Gen K/Gen Z — and is the industry paying attention to them as consumers and potential employees?

Byrne: I created the partnership with globally renowned economist, broadcaster and strategic thinker Dr. Noreena Hertz last year because I believe many in marketing and business think that GenZ - or GenK as we dub them in our work with Noreena - are just younger brothers and sisters of Millennials and just like them. They are not. They have been forged in a very different time of rising global economic, political and security concerns and the revolution in social media.

I see this in my own kids. One, a young Millennial, sees the world as her oyster. The other, seventeen, sees the world is going to hell in a hand cart and distrusts every institution including the media. Gen Z are already consumers and will soon be employees. To make assumptions about their attitudes and behaviours based on what we know of Millennials would be a big mistake.