Please refer to our Privacy Policy for important information on the use of cookies. By continuing to use this website, you agree to this.
Home Latest In2Summit: Re/Code’s Liz Gannes On Moving Beyond The Tech Echo Chamber 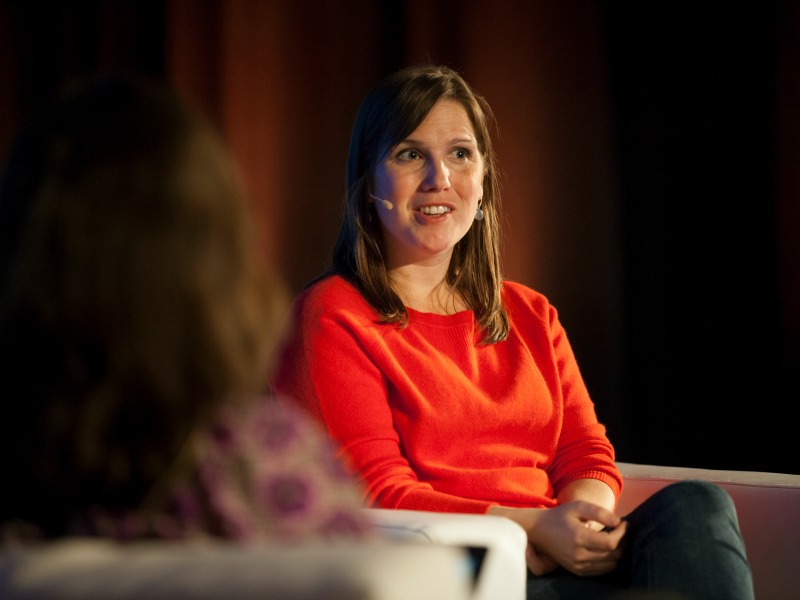 Gannes pointed to “the crazy ideas that become regular phenomena” and counter-intuitive angles as the stories that she gravitates to.

SAN FRANCISCO — The power of the counter-intuitive story and the resurgence of long-form journalism were among the topics that Re/Code’s senior editor Liz Gannes touched on during a fireside chat moderated by the Gorkana Group’s managing director Jeni Chapman.

Gannes was among the journalists who followed Kara Swisher and Walt Mossberg as they parted ways with the Dow Jones’-owned All Things D and launched an independent technology publication Re/Code last year.

“We can make our unbridled dreams come true because we’re in charge now,” Gannes said. For instance, enabling Re/Code to move away from covering the steady drum of funding stories to looking at technology from a broader perspective and diving into long-form journalism like its Innovation Nation series that featured Gannes’ seven-part story on Detroit’s tech scene.

“We don’t do stories [like funding] unless we have a reason to — and have an angle that matters to people,” Gannes said. “Otherwise, people can read the press release to get the info they need.”

When it comes to PR pitches, Gannes said the most “ineffective pitches are the ones that make just one person happy — the PR person. I also get a lot of pitches that say: I enjoyed your story on X, so let me tell you about Y. And X is always the last story I wrote and it has nothing to do with Y...It feels almost like automated outreach.”

Gannes pointed to “the crazy ideas that become regular phenomena” and counter-intuitive angles as the stories that she gravitates to.

Re/Code journalists aren’t incentivized by page views and don’t consider listicle generators like BuzzFeed as competition. She also looks to move beyond the tech media “echo chamber” when developing angles.

“I have the opportunity write about Facebook, YouTube and What’s App and SnapChat when people aren’t yet paying attention to them,” she added.

She called branded content out for having a “cloudy agenda” and suggested readers are more likely to trust third-party media over branded media. ​