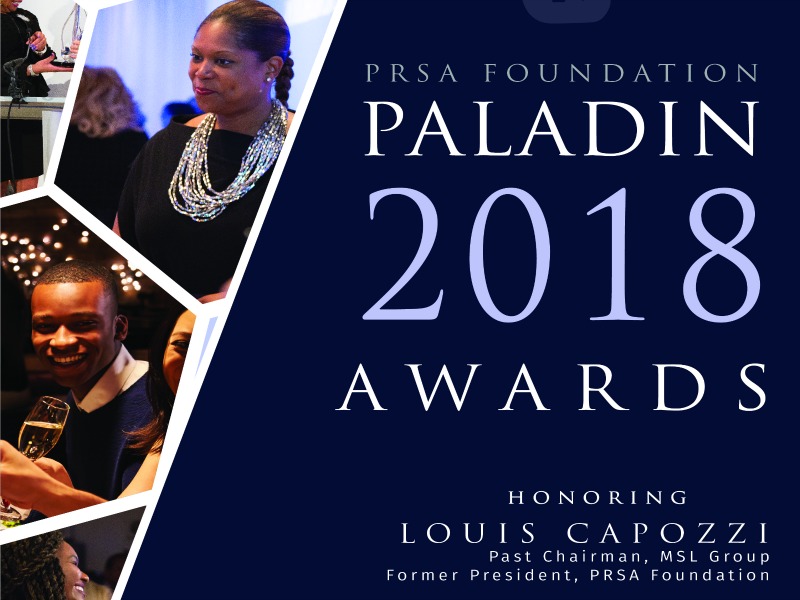 An agency launch, acquisition and partnership, and a PRSA award for Lou Capozzi

NEW YORK — A team of veteran financial communications professionals has launched a new public relations consultancy, Profile Advisors. The firm is led by Rich Myers, who spent the past six years running the financial communications & capital markets practice at Edelman in New York City. Profile is a standalone subsidiary and sister firm of Prosek Partners, the independent communications agency with a global footprint that includes offices in New York, Connecticut, Boston, Los Angeles and London.

LOS ANGELES & NEW YORK CITY — Artist management company Maverick Management and communications firm VaynerMedia have partnered to launch The Vayner/Maverick Music Content Project, a digital marketing collaboration designed to empower and connect artists and brands. The Vayner/Maverick Music Content Project joins some of Maverick’s talent with VaynerMedia’s digital creative and production capabilities to build artist-driven content programs and partnerships for brands. All campaigns will be focused on first identifying user behavior, from their platform preferences to artist favorites, and then creating content that resonates with these engaged audiences.

NEW YORK — The PRSA Foundation has named public relations luminary Lou Capozzi as its 2018 Paladin Award honoree. During his 40-year career, Capozzi led communications at a variety of top agencies and multinational corporations, most recently as chairman of the MSL Group from 1999 until his retirement in 2008. He also served for three years as president of PRSA Foundation, where he raised more than a million dollars to help fund diversity programming and initiatives. The award will be presented at the foundation’s annual Paladin Awards ceremony on May 9 in New York.

NEW YORK — Animal welfare is the most popular cause for Americans in 2018, followed by children’s education and hunger, a new study has found. Ketchum Purpose’s Causes Americans Care About study, now in its third year, also shows that the overall cause landscape has become more fragmented, with support spread over a wider variety of causes in 2018 than in 2017 or 2016.

The study’s findings include:
•    Animal welfare is the No. 1 cause Americans are interested in supporting, selected by 41 percent of respondents. Animal welfare has been a perennial favorite, always residing in the top three.
•    Children’s education is the second most important cause, with 38 percent of Americans interested in supporting it. Children’s education is consistently important with Americans, hovering between 35 and 38 percent over the study’s three years.
•    Hunger, chosen by 33 percent in 2018, is the third post popular cause, dropping from No. 1 last year.
•    The top five causes Americans care about in 2018 is rounded out by disease research (No. 4) and disaster relief (No. 5), which bumped the environment out of the top five to the No. 6 position this year. Environmental issues dropped by 10 points in the last year, from being rated as important by 34 percent in 2017 to 24 percent in 2018.

The study also revealed diverging opinions about the cause landscape according to generation, ethnicity and household income.