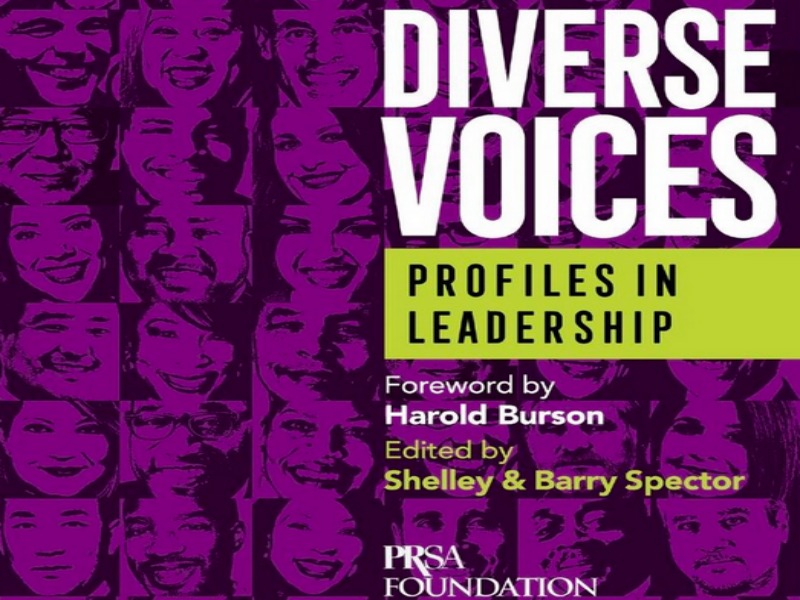 Research from FleishmanHillard, Hotwire and Diffusion and a new book from the PRSA Foundation.

NEW YORK — The PRSA Foundation, a charitable organization that promotes diversity and inclusion in communications, has teamed up with the Museum of Public Relations to publish a new book called “Diverse Voices: Profiles in Leadership,” looking at diversity and inclusion within the communications profession. The book, a collaborative effort that is supported by the leading entities in the communications profession, is designed to help communications leaders and professionals better understand the challenges faced by people of color in the field. "Diverse Voices" features interviews with more than 40 multicultural corporate and PR agency leaders. The executives, many of whom have risen to the highest level of the communications profession, share anecdotes detailing successes and challenges that they faced during their career as well as tips and lessons to not only help those entering the field but also to serve as a resource for organizations to create inclusive workplaces that foster retention and career growth.

ST. LOUIS — Reaffirming the recent rise of consumer activism, a new FleishmanHillard study has found that 66% of US consumers surveyed have stopped using the products and services of a company because the company’s response to an issue does not support their personal views. However, if a company can explain why it has taken a particular position, 43% of consumers said they are extremely or very likely to continue to support them, even if they disagree with the position. And 61% surveyed said that even if they disagree with a company’s position, they believe it is important for companies to express their views. Amongst just US millennials, that number increases to 75%.

Based on a survey of 1,000 multi-generational consumers, the Navigating Zero Gravity study also found 90% of those surveyed said companies often/sometimes take advantage of issues for their own benefit. As a result, 55% of engaged consumers felt less favorable towards the company. Companies must stake positions that are an extension of their values and reflect what their organization is willing to commit to address over time. This is especially true of women and Boomers. 61% of women felt less favorable when they perceived a company was taking advantage of issues for their own benefit. 74% of Boomers and 76% of the Silent Generation felt less favorable. This data shows that taking a stand, or claiming a new position, needs to be in the service of a larger purpose.

NEW YORK — One in three American parents believe their kids value their phones and tablets more than any other possession or activity, while they also believe by the age of eight their children will understand the way modern gadgets work better than parents do themselves, according to new research from Hotwire. To try to keep up with their kids, there’s a clear trend towards parents downloading apps or joining social networks for their children. As kids get savvier, parents are also increasingly considering their kids’ needs when buying electronics for their own use. When asked about their last major tech purchase, half (54%) of American parents said they considered how their children would use it and a quarter (25%) asked their children’s opinion first.

NEW YORK —Direct-to-consumer (D2C) brands are poised to touch every aspect of a consumer’s life with a third of Americans planning to make at least 40% of their purchases from D2C companies in the next five years. According to a new report from Diffusion, 81% of Americans claim they’ll make at least one purchase from a D2C brand within the next five years, creating strong opportunities for rising D2C brands to capture loyal customers by making their first brand experience an exceptional one, the study found. The survey of 1194 adults also found more than one in four (27%) will do so because of greater convenience than going to a traditional store, while one in six (18%) will do so because they perceive D2C product quality to be better than that of traditional brands. In addition, one in six (18%) are drawn to purchase from D2C brands because of fast, free shipping. When it comes to purchasing a luxury item, such as a $1,500 sofa, 21% cite free shipping as a key factor determining whether they’ll make a purchase, with nearly one in five Americans (24%) citing a money-back guarantee policy as critical to making a purchase. However, only 11% of respondents feel D2C brands offer more personalization or assistance in the buying process than their traditional rivals.